The brother of 33-year-old police officer Ronil Singh, who was allegedly murdered by an illegal alien gang member, says the United States must “put a stop” to illegal immigration to prevent other families from having to suffer the loss a loved one.

The day after Christmas, Singh pulled Gustavo Perez Arriaga over on suspicion of drunk driving. That’s when police say the illegal alien shot Singh. Over his police radio, Singh called out “shots fired,” and as police arrived at the scene of the traffic stop, they found the officer with a gunshot wound.

Singh was transported to a nearby hospital, where he later died, leaving behind his wife Anamika, their newborn five-month-old son, and the mourning Newman, California community.

Perez Arriaga was arrested in December 2018 for the killing of Singh — a legal immigrant from Fiji — but was officially charged with the murder of a law enforcement officer this month. The illegal alien, whom authorities said is a “known” gang member, had been caught by police after a more than 50-hour manhunt where seven of his illegal alien friends and family members allegedly aided him in his attempt to flee to Mexico.

In an interview with CBS Sacramento, Singh said his brother’s alleged murder was preventable, if not for the country’s lax immigration enforcement:

I’ve had conversations with my brother in the past regarding this, like you know what, security, immigration law, and he talked about traffic stops. Like you do a traffic stop and sometimes it will go south real quick. And we’ve talked about illegal immigrants and you know it needs to be tighter. [Emphasis added] 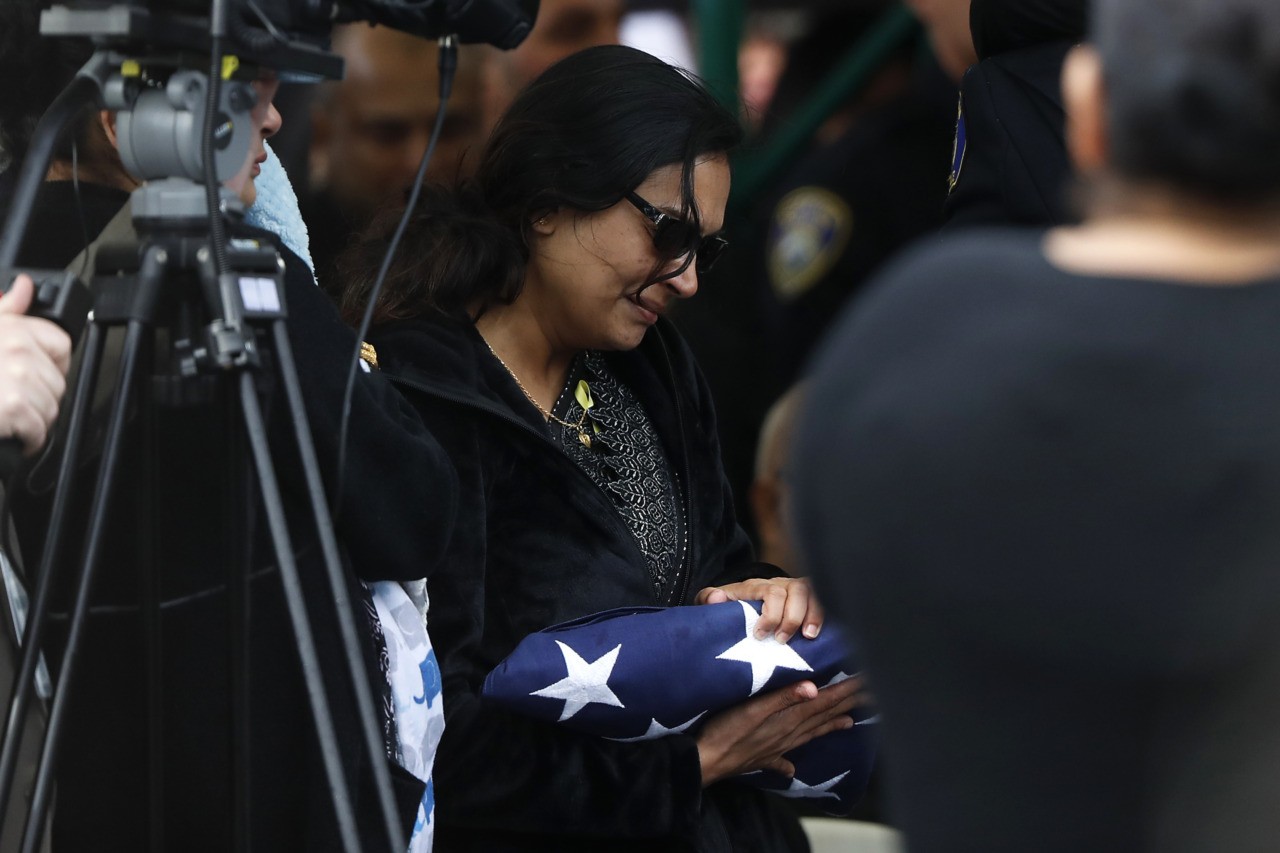 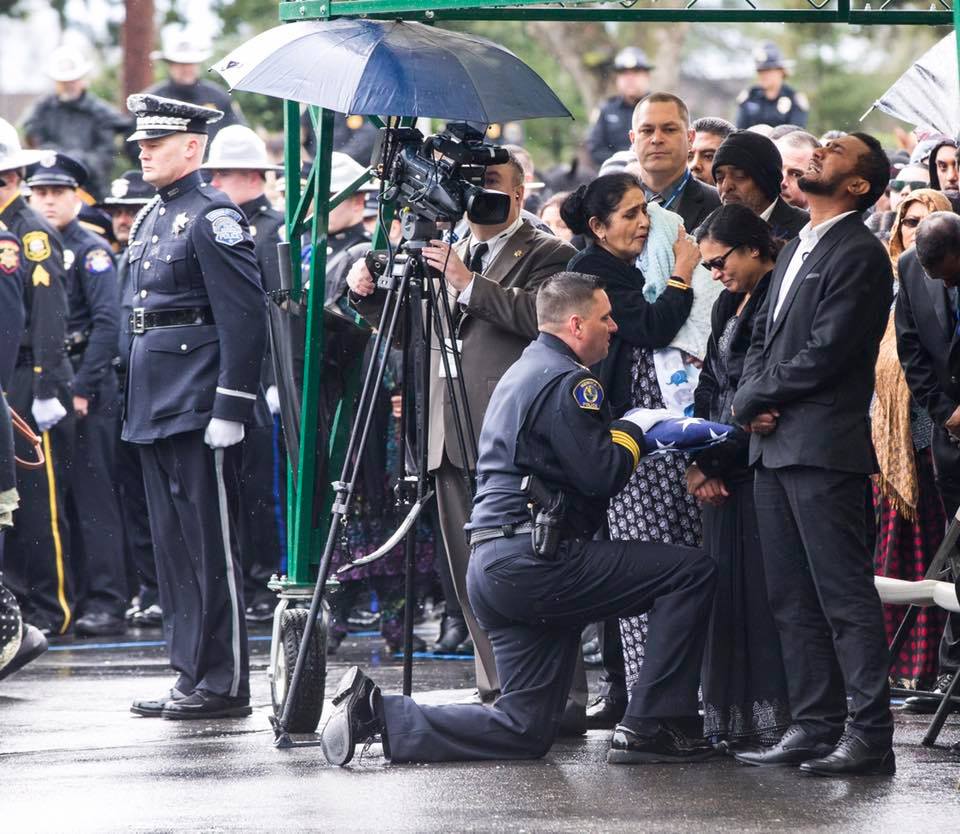 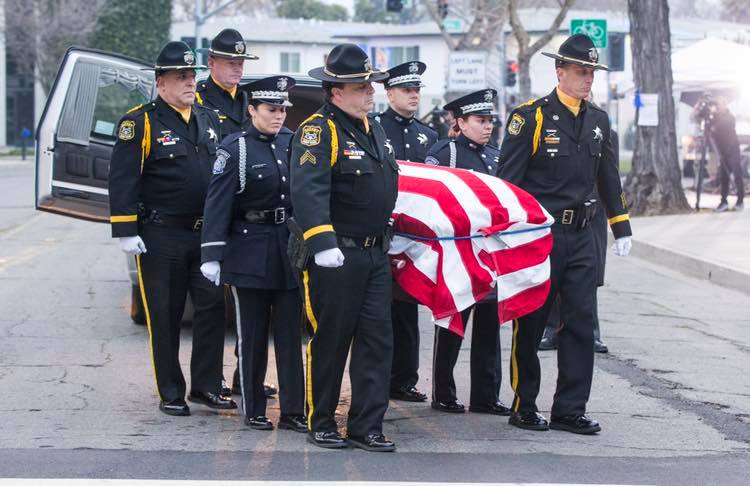 Reggie said “no other family should go through” what his family has suffered because of illegal immigration.

“It’s very tough,” Reggie said of his family’s loss. “Like normal people wake up, they get ready, they have breakfast. My family wakes up crying, every morning. Our life has changed. We wake up, cry, we see the baby is looking for his dad. It’s different. Our life has turned upside down with my brother missing the newborn. It’s tough.”

Reggie said Trump offered Singh’s wife, Anamika, his help and praised Singh’s devotion to law enforcement and for immigrating to the U.S. legally:

According to my sister-in-law, the conversation she had went really well. According to her, the president has been following my brother’s case on a daily basis. [Trump] was very impressed of how my brother did things the right way. And he was fighting for the country, helping the community out, he was very impressed. And he offered for my sister-in-law, if you need any help, I’m just a phone call away, call me. And talked about the baby. That the baby is a miracle and take care of the baby. [Emphasis added]

Reggie said he and his family watched Trump’s Oval Office address on border security and illegal immigration this week, telling CBS Sacramento that “it felt good” that the president was addressing the problem directly.

“One of my friends said ‘Hey, the president is live. Let’s watch it.’ I said ‘Sure.’ So as soon as turned it on and he was talking about my brother, Ronil Singh, and I had tears rolling down like you know what, we are going to put a stop to it,” Reggie said. “Something’s been done, what I’ve went through, what the baby’s went through, what my sister-in-law is going through, we don’t’ want no one going through it. And the president talking about it … it felt good that yes we’re going to address this issue.”

During his visit to the southern border on Thursday, Trump sat down with Reggie to highlight the issue of Americans dying at the hands of illegal aliens.