An Angel Dad whose son was allegedly murdered by two illegal alien members of the MS-13 gang says sanctuary counties “need to change” their policies to protect residents.

King County is one of the most expansive sanctuary counties in the nation. In this case, Garcia-Hernandez and Iraheta-Vega were previously in local custody but were released to the public against the wishes of the Immigration and Customs Enforcement (ICE) agency.

Guzman’s immigrant father Juan Carlos Con Chiquin told KOMO News that if King County had turned the two illegal aliens over to ICE agents, his son may still be alive.

“They need to change a little bit … in these circumstances, they [need to] work more hard and together,” Chiquin said of sanctuary jurisdictions. 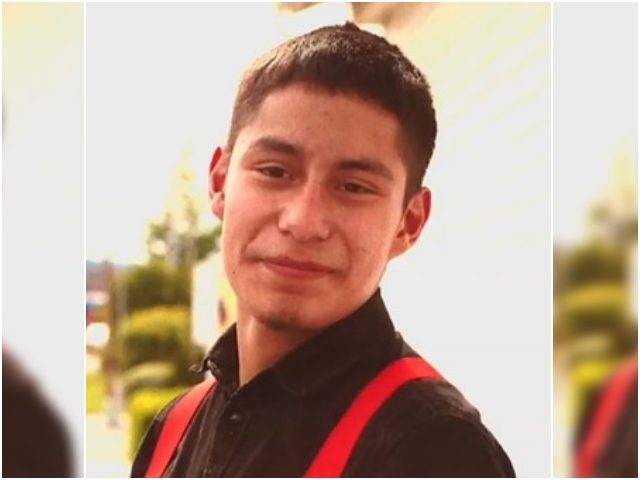 Today, Chiquin said his son’s memorial sits at the front of his home, something that he described as breaking his heart each time he walks through the front door.

“They take all my love. They broke my heart. Broke everything,” Chiquin said.

Garcia-Hernandez and Iraheta-Vega are reported members of the MS-13 gang. The violent street gang, based out of El Salvador, has built a growing army of El Salvadoran illegal and legal immigrants in the U.S.

According to prosecutors, Guzman was lured by the two illegal aliens into a remote location for a fight. When the victim arrived, prosecutors said Garcia-Hernandez and Iraheta-Vega beat the 16-year-old boy with a baseball bat and then tortured him by hacking off his limbs with a machete and leaving his dead body in a nearby river.

The illegal aliens are each being held in King County Jail on a $3 million bond.

As Breitbart News has chronicled, King County has routinely shielded criminal illegal aliens from arrest and deportation. In a recent case, an illegal alien rapist was released from prison and allegedly hunted down his victim — a disabled woman — and attacked her. The illegal alien is now wanted for the attack and is believed to have fled to Mexico.