CNN, a far-left propaganda outlet that encourages violence against Trump supporters, obtained an interview with Dr. Anthony Fauci and — just as everyone would expect from this crooked outlet — didn’t ask about a bombshell report that could very well get him in some perjury trouble with the U.S. Senate.

For those wondering why, during a month of huge news — Afghanistan, hurricanes, etc. — this garbage pile of a news outlet still can’t average even a measly million primetime viewers, this is why. Over at CNNLOL, it’s all propaganda all the time. No information. No news. Just 24/7 lies and propaganda and fake news and conspiracy theories.

On Tuesday, The Intercept released a bombshell report that claims the “U.S. government contributed funding to controversial gain-of-function research on bat coronaviruses at the Wuhan Institute of Virology in China.”

Under oath, and on more than one occasion, Fauci has claimed the U.S. government did no such thing. Well, these 900 pages of unreleased information found through the Freedom of Information Act by the Intercept are further proof Fauci might very well be lying:

The bat coronavirus grant provided the EcoHealth Alliance with a total of $3.1 million, including $599,000 that the Wuhan Institute of Virology used in part to identify and alter bat coronaviruses likely to infect humans. Even before the pandemic, many scientists were concerned about the potential dangers associated with such experiments.

The grant proposal acknowledges some of those dangers: “Fieldwork involves the highest risk of exposure to SARS or other CoVs, while working in caves with high bat density overhead and the potential for fecal dust to be inhaled.” 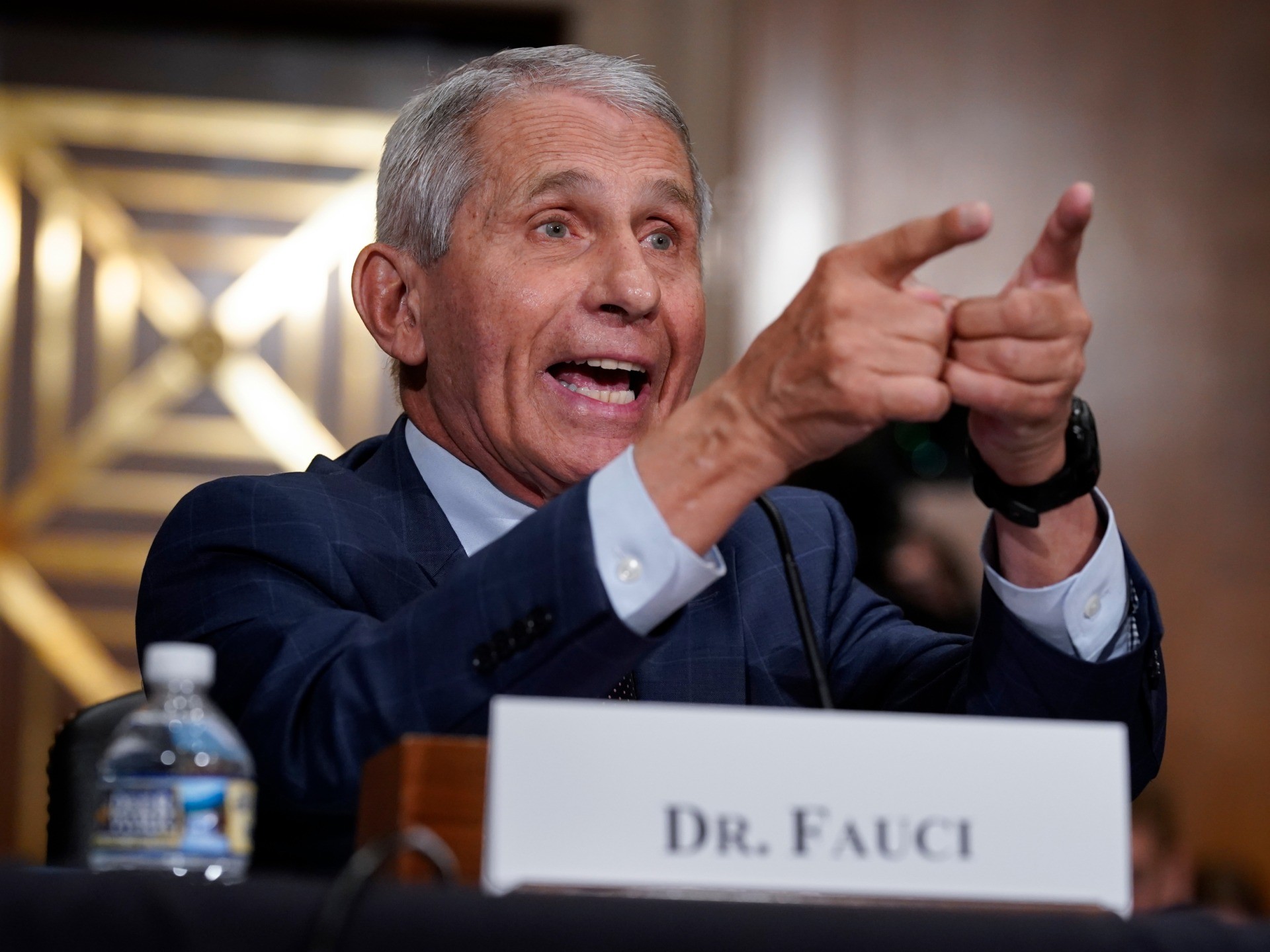 The Intercept report was released before Fauci’s CNNLOL appearance, which means CNNLOL had a real opportunity to make news. But because CNNLOL is not a news outlet, CNNLOL not only ignored the bombshell report, CNNLOL asked Fauci to attack Republicans, which the fascist serial liar Fauci was more than happy to do:

CNNLOL: The trouble is, as you know, politics still trump the science, right? You listen, for an instance, to the governor of Florida, one of the states, of course, that has banned mask mandates. The way he described vaccinations was really remarkable and, again, defies the science.

FASCIST SERIAL LIAR FAUCI: If he feels that vaccines are not important for people, that they’re just important for some people, that’s completely incorrect. Vaccination, Jim, has been the solution to every major public health issue.

Naturally, this attack on Gov. Ron DeSantis (R-FL) was based on half-truths and taking him out of context — the usual-usual — but you already knew that because we’re talking about CNNLOL.

Is it any wonder why tens of millions of Americans are suspicious of the coronavirus vaccine, why they don’t trust those selling the vaccine — like the media and Fauci and a government that told us for 20 years we were winning the war in Afghanistan, like a medical establishment that says Black Lives Matter gatherings are safe but Trump rallies are not.