Rep. Ashley Hinson (R-IA) slammed the Customs and Border Patrol (CBP) for refusing to disclose how many illegal immigrants they released into the interior without a Notice to Appear (NTA), Breitbart News has learned exclusively.

The House Appropriations Subcommittee on Homeland Security held a hearing in May with Troy Miller, the acting commissioner for the CBP, and Hinson sent questions to Miller regarding how many illegal immigrants have been released into the United States without a Notice to Appear (NTA). 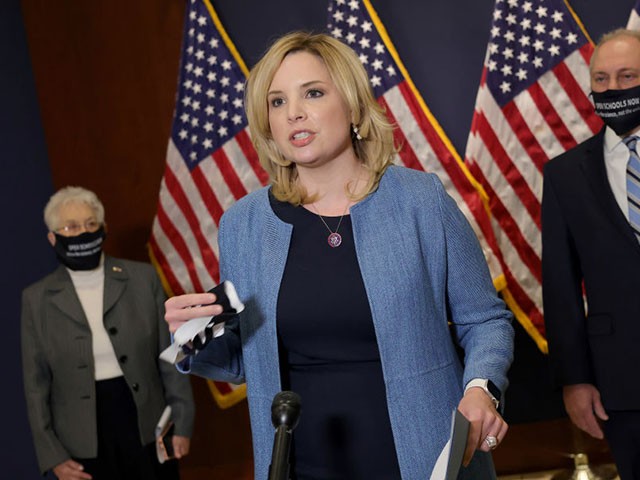 The CBP told Hinson that “some individuals” have been released from CBP with an NTR rather than a NTA to “ensure safe conditions in CBP custody and to adhere to COVID-19 protocols.”

Hinson asked the CBP, “If yes, how many individuals, including those that arrived as a family, have been released into the interior without an NTA in CY 2021?”

CBP only releases single adults and family units with a Notice to Report (NTR) in limited circumstances, including whether they are subject to expulsion under Title 42. The data is FOUO/LES and therefore not available for public record as a response to this QFR. It is provided separately to the Committee during weekly Migration calls.

The CBP does provide these details to the Appropriations Committee on weekly calls, but they refuse to divulge how many illegal immigrants enter the United States without an NTA.

The CBP said that they could not provide an NTA to everyone entering the country illegally because of the “high volume” of encounters of immigrants between the ports of entry and along the southwest border. 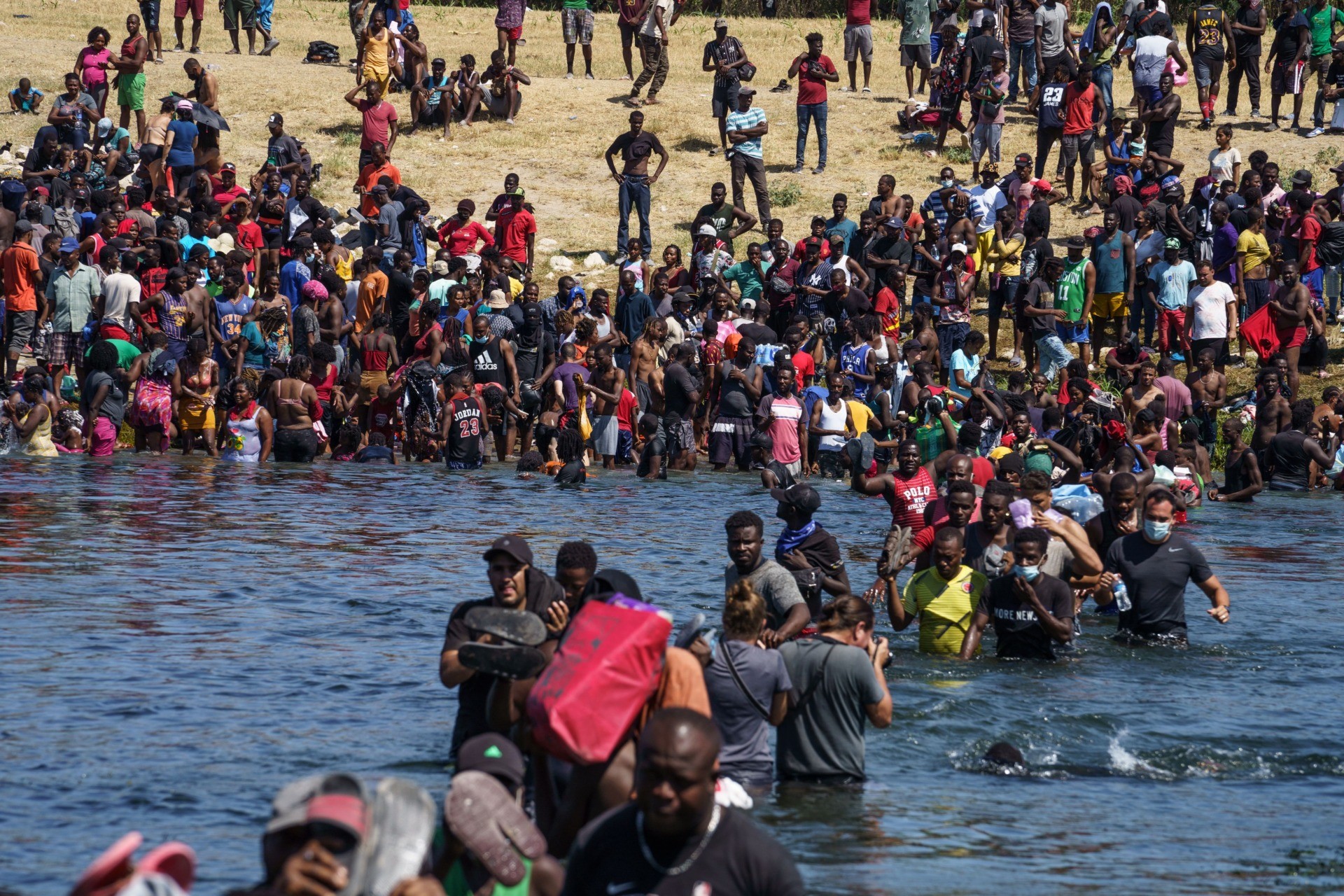 Haitian migrants, part of a group of over 10,000 people staying in an encampment on the US side of the border, cross the Rio Grande river to get food and water in Mexico, after another crossing point was closed near the Acuna Del Rio International Bridge in Del Rio, Texas on September 19, 2021. (Photo by PAUL RATJE/AFP via Getty Images)

Due to these high numbers, capacity limitations, COVID-19 protocols, and other conditions, USBP is processing and releasing some noncitizens with an NTR rather than an NTA to prioritize limited resources.

In determining how to process an individual, Border Patrol Agents consider whether the noncitizen poses a threat to national security, border security, or a public safety risk …

Hinson told Breitbart News in an exclusive statement Thursday that the Joe Biden administration’s are “unacceptable” and only leaves Americans with more questions about Biden’s inability to secure the border.

The Iowa conservative said, “I’ve asked the Administration repeatedly to explain how they are tracking illegal immigrants released into the U.S. I asked at a hearing months ago, and submitted follow up questions in writing. In the five months it took to receive a response, there have been several concerning reports about the Administration releasing migrants into the country with no court date or accountability.”  She added, “The ‘answers’ they provided are unacceptable, and leave us with many more questions about the Administration’s failure to secure our border and ensure the safety of Iowans and Americans. The agency confirmed that they are releasing individuals into the homeland without a Notice to Appear (NTA) in court, but they are refusing to report how many migrants are being released without an official NTA. They claim this is because the agencies have limited resources and capacity. Meanwhile, President Biden recklessly slashed funding for border patrol in his FY22 budget.”Hinson said, “This Administration’s priorities are completely backwards. The American people deserve answers, transparency, and action on the crisis at the Southern Border — and I’ll continue working to ensure that happens.”