President Joe Biden will mark the end of his first 12 months in office with the singular record of holding fewer news conferences than any of his five immediate predecessors at the equivalent point in their tenure.

The lack of public scrutiny is reflected in abysmal personal approval ratings that have sunk to levels never before seen by other recent Oval Office inhabitants, as Breitbart News reported.

According to figures compiled by the Associated Press (AP), Biden has done just 22 media interviews, fewer than any of his six most recent White House predecessors at the same mark in their respective presidencies.

The 46th president has held just nine formal news conferences — six solo and three jointly with visiting foreign leaders – drawing accusations that fleeing scrutiny shines a light on Biden’s inability to grasp the detail required for the highest office in the land.

A plurality of registered voters think President Joe Biden is not “mentally fit,” while only 40 percent believe he “is in good health,” a Politico/Morning Consult poll revealed Wednesday. https://t.co/mFcA4zNUAG

Ronald Reagan, whose schedule was scaled back early in his first term after he recovered after a failed assassination attempt, is the only recent president to hold fewer press conferences during his first year in office. Reagan did 59 interviews in 1981.

Former President Donald Trump did 92 interviews in his first year in office with a variety of outlets including lengthy sessions with ABC News, AP, the New York Times, and Reuters – to name a few. 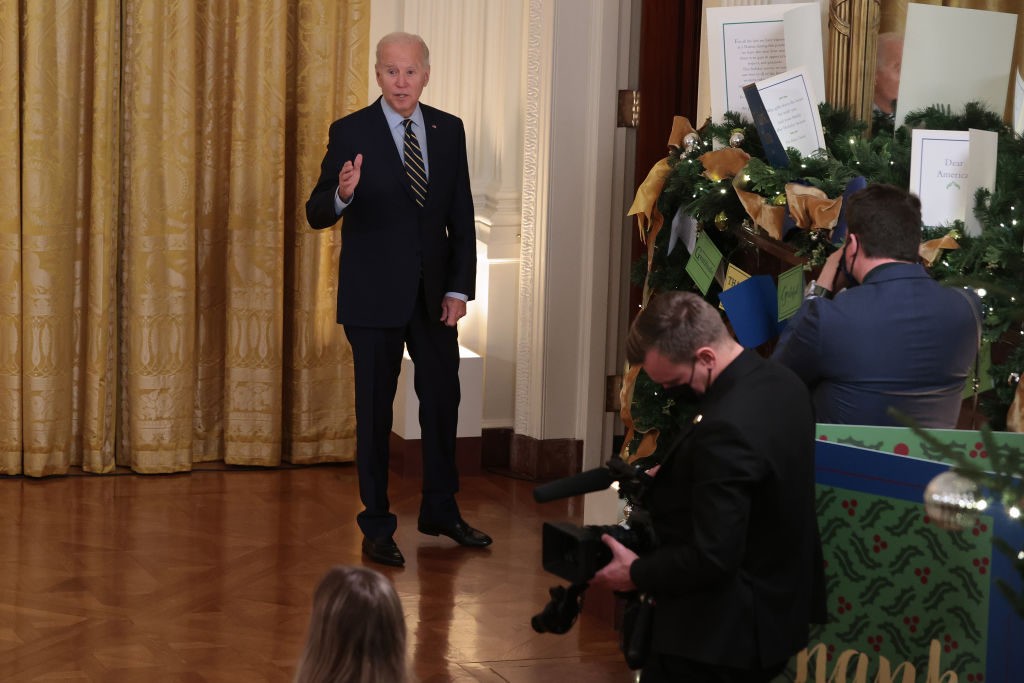 The White House has fielded requests from media outlets — and complaints from the White House Correspondents’ Association — for Biden to be more accountable and do more one-on-one media exchanges.

White House press secretary Jen Psaki rejected accusations Biden has a bunker mentality, countering that journalists do not need an  “embroidered cushion” to engage Biden because he has not shied away from taking questions on the run from reporters at public events.

Many media operatives say shouted question and answer sessions are simply not enough to gain an insight into major issues.

Joe Biden to reporters: "I’m not supposed to be answering all these questions. I’m supposed to leave." https://t.co/eCJJGpnr1r

“Fleeting exchanges are insufficient to building the historical record of the president’s views on a broad array of public concerns. We have had scant opportunities in this first year to learn the president’s views on a broad range of public concerns,” said Steven Portnoy, president of the White House Correspondents’ Association and a reporter for CBS New Radio.

“The more formal the exchange with the press, the more the public is apt to learn about what’s on the man’s mind.”

The president has answered questions at 55 percent of events where he’s delivered remarks or an address during his first year in office, more than even two of the more approachable presidents, Bill Clinton (48 percent) and Trump (41 percent).