Marlow recalled a Los Angeles Times columnist’s characterization of Elder as “the black face of white supremacy” while describing Newsom as the ultimate beneficiary of “white privilege.” 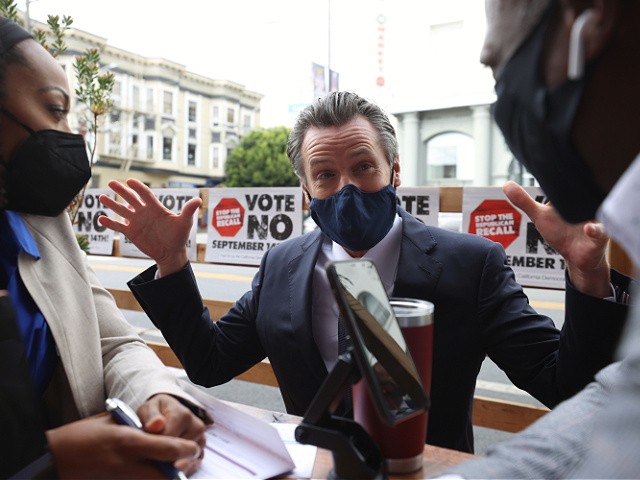 “[Newsom is] the face of white privilege,” Marlow stated. “Wasn’t his father the general council of Getty Oil? How could you have more white privilege than Newsom, who has a wine business and eats at the French Laundry and gets, as far as we know, the $180 truffle supplement on the chef’s tasting menu — and this is the guy who’s going to tell the rest of us that you’re the face of some sort of white supremacy?”

Elder replied, “[Newsom] is a classic example of a guy born on third base who thought he hit a triple. He started his wine business with money from the Getty [family trust]. His father was a tax attorney for the Getty [Oil] people. I heard he drove a Porsche when he was in college, and this guy’s calling me the black face of white supremacy?”

“It’s a joke,” Elder continued. “My father had two full-time jobs cleaning toilets when I was growing up. He started a little café when I was ten years old. He worked until he was 80 years old and made it to the middle class, and I’m the face of white supremacy?”

Elder said he had been essentially framed as “a black David Duke” for emphasizing the importance of personal agency and responsibility. In July, a Los Angeles Times columnist compared Elder to former Ku Klux Klan member David Duke. 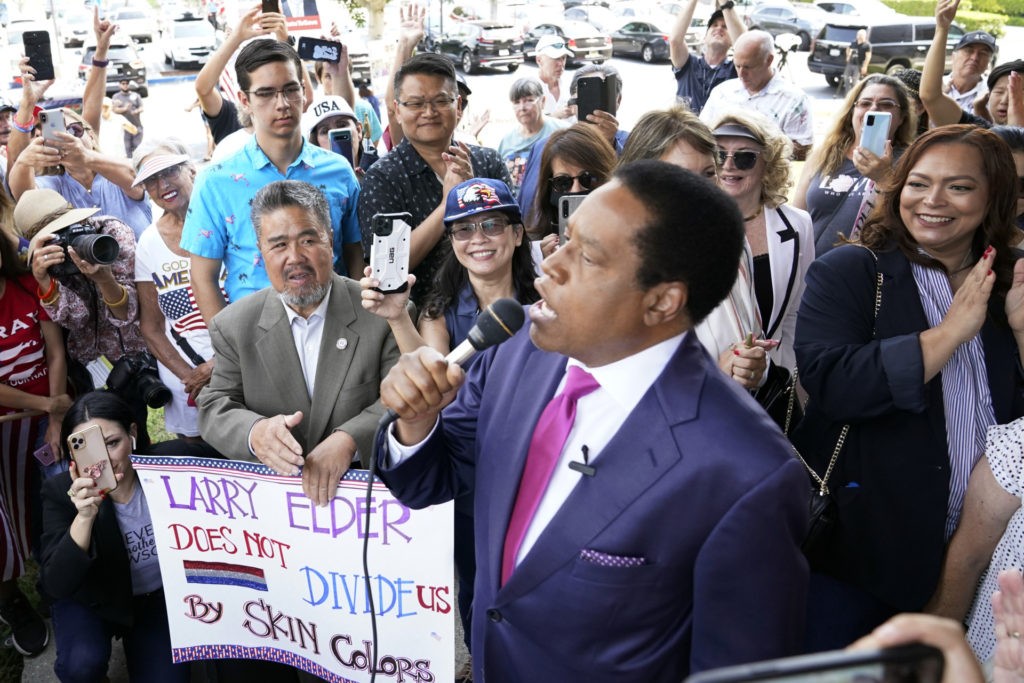 Elder concluded, “Because I believe in hard work because I believe in accountability, because I don’t believe the police are engaging in systemic racism, because I want choice in public education, because I think that the rising crime will disproportionately hurt black and brown people — the very people the left claim to the care about — I am the black face of white supremacy? It is a joke.”