The Centre for Analysis of Terrorism (CAT) has released a report claiming that as many as 23 former French soldiers have joined Islamic terror groups such as the Islamic state. 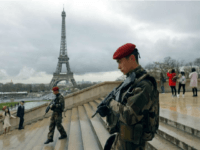 The European Union has announced 13 new military projects, spearheaded by France, bringing the total number of EU army projects to 47. 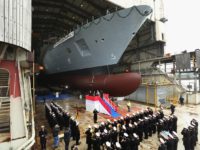 A study of the election preferences of the French military and the gendarmes has revealed an increasing trend to support populist leader Marine Le Pen and her Rassemblement National (National Rally/RN). 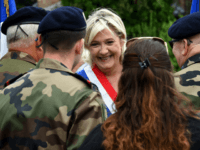 French soldiers are set to be deployed for the first time during a Yellow Vest protest this weekend. Some reports indicate they are being told to avoid protesters, while others indicate they have been given permission to open fire. 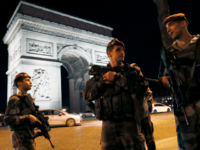 French howitzer-guns deployed in the Euphrates Valley desert just inside Iraq stand ready to pour fury on Islamic State group diehards in their last holdout across the border in Syria. 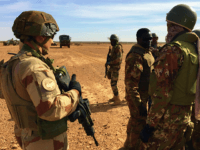 Manhunt After Driver Attempts to Run Down Soldiers in Southern France

A man was arrested in southern France following a manhunt near the city of Grenoble, Thursday morning, after a driver appeared to deliberately attempt to ram his vehicle into a group of French soldiers. 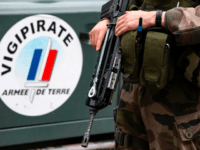 PARIS (AP) — French President Emmanuel Macron’s government is ramping up military spending, arming drones and hiring more “cyberfighters” for Europe’s biggest army — notably amid demands by NATO and U.S. President Donald Trump for European countries to pitch in more for their own defense. 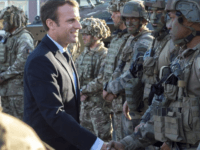 PARIS (AP) — Attacks in France by Islamic extremists since 2015 have killed more than 200 “soft targets” — concertgoers, cartoonists and people celebrating Bastille Day. But French security forces are increasingly becoming the focus of the violence.

France has suspended five members of the military for violence during their deployment in Central African Republic against citizens they were sent to protect, the Defense Ministry announced Saturday. The five risk being booted from the army. 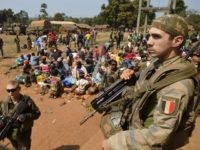 Half The French Army Is Now Deployed On French Streets

Since the Islamist terror attacks in Paris last November, the streets of major French cities have been guarded by soldiers in full military fatigues. That permanent presence of the French army represents half of all its soldiers now deployed on military operations, but has been dismissed by critics 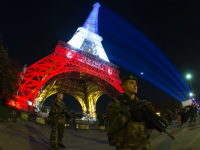 Waterloo Commemorations and Celebrations Wrap Up in Spectacular Fashion

For several more days British, Belgium the regular French public and even large numbers of Germans have gone to great lengths to commemorate this world famous battle that changed the course of modern history. While far left French President Hollande’s government has chosen to virtually ignore what has unfolded into a massive spectacular attracting world-wide attention, much of the rest of Europe has not followed his lead. 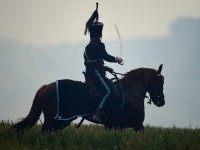