Urging the Biden administration to drop negotiations with the “brutal regime” of Iran, Rep. Claudia Tenney (R-NY) is leading a bipartisan resolution in support of Iranian demonstrators. 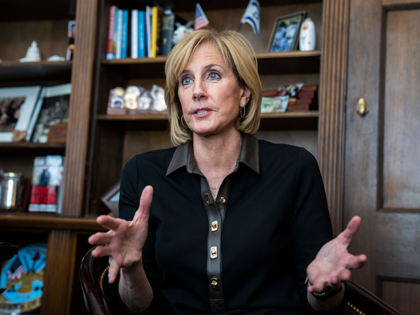 Iranian celebrity chef Navab Ebrahimi was arrested without explanation in Tehran on Wednesday and carted off to its notorious Evin Prison, one of the world’s most hideous dungeons. 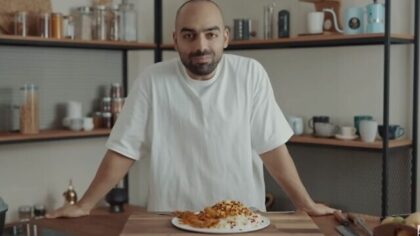 Elon Musk announced on Monday that his SpaceX company has deployed almost one hundred Starlink Internet broadband connections to Iran. 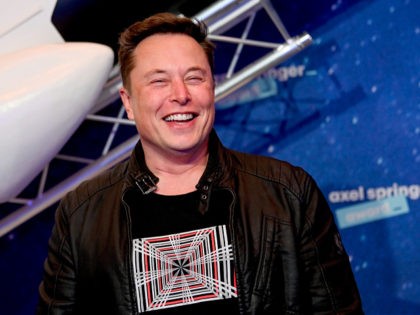 The “overthrow” of the Islamic regime of Iran is “inevitable,” as it has “failed” in quelling the current uprising, according to a leading member of Iran’s parliament-in-exile, who called on the Biden administration and international community to increase sanctions and “terminate” all diplomatic and political ties with “barbaric” Tehran. 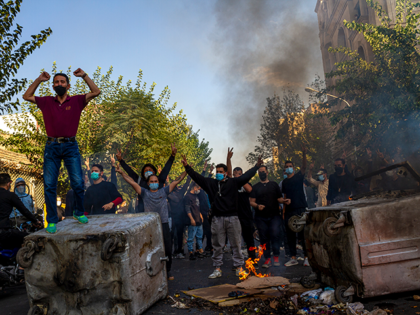 Iran was expelled from the U.N. Commission on the Status of Women (UNCSW) on Wednesday in a vote initiated by the United States. 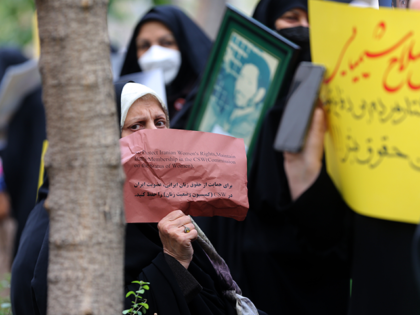 Iranian officials as of Monday have provided no evidence nor confirmed remarks by top prosecutor Mohammad Jafar Montazeri this weekend claiming that the country’s Islamist “morality police” had been “abolished.” 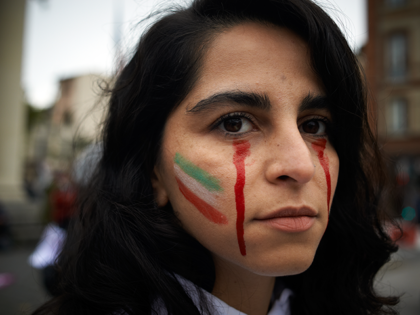 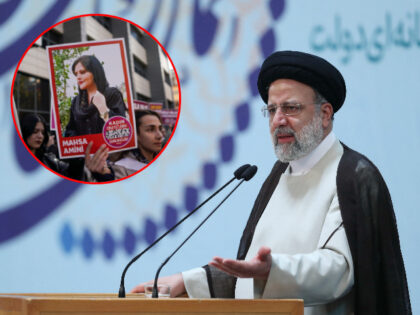 Iranian media confirmed the arrest on Thursday of one of the country’s most prominent soccer stars, the ethnic Kurdish player Voria Ghafouri, for supporting the ongoing anti-regime protests across the country. 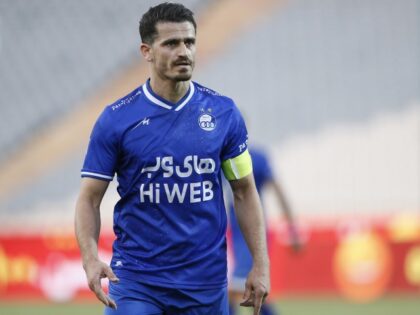 With ISIS Caliphate Long Gone, Turkey and Iran Crank Up Pressure Against Kurds

Turkish President Recep Tayyip Erdogan said on Tuesday that Turkey’s airstrikes against Kurdish militia in Syria would soon be augmented by a major ground invasion. Meanwhile, Iran is launching missiles against Kurds living in the mountains of Iraq and using ground forces to crush protests in Iranian Kurdistan. 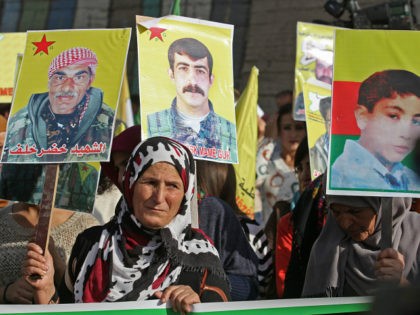 The head of Israel’s Military Intelligence on Monday said Iran was considering an attack on the World Cup in Qatar, as it grows desperate in the face of a “civilian rebellion” at home. 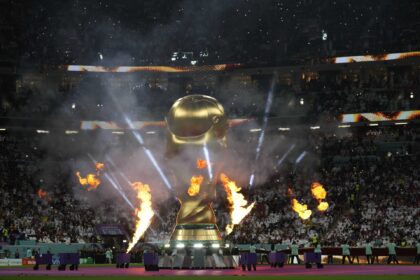 The Iranian national soccer team defied its theocratic rulers on Monday by refusing to sing the “national anthem” at the 2022 World Cup in Qatar. 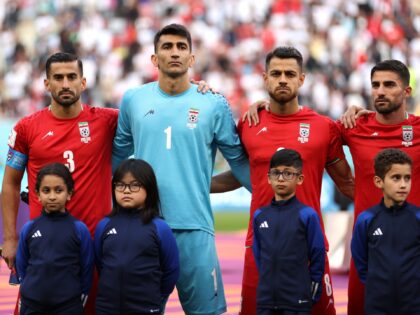 Over a dozen people were killed across Iran on Tuesday and Wednesday, as the anniversary of the momentous November 2019 protests dovetailed with the massive demonstrations against Iran’s harsh hijab laws and the killing of Mahsa Amini, a young woman accused of violating them. 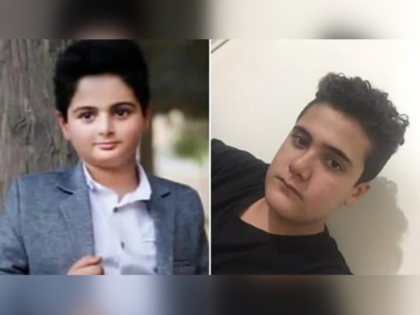 A viral infographic that claimed the government of Iran has sentenced 15,000 protesters to death was uncritically reposted and signal-boosted by several top left-leaning celebrities on Monday, including actresses Viola Davis and Sophie Turner – and perhaps most disturbingly, Canadian Prime Minister Justin Trudeau, who responded to the disinformation with an official condemnation as the Canadian head of government. 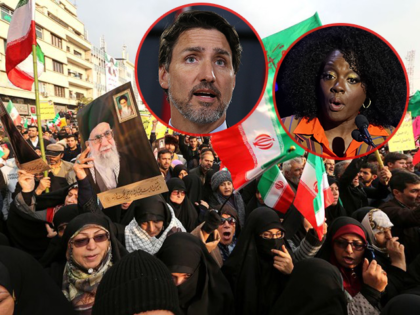 A court run by Iran’s Islamic Revolutionary Guard Corps (IRGC) on Sunday imposed the first death sentence against a member of the nationwide protest movement that took to the streets after the thuggish “morality police” killed a young Kurdish woman named Mahsa Amini for wearing her hijab improperly. 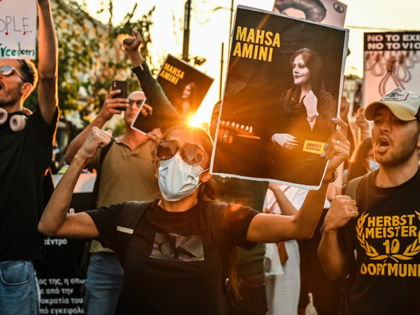 Over half-a-dozen Iranian advocacy groups issued a letter calling out European governments for “complacency” toward the brutal Islamic regime, while demanding more sanctions and cutting diplomatic ties with the Islamic republic as ongoing protests continue to rock cities across Iran.

Islamic State terrorists on Wednesday claimed responsibility for a gun attack on Shiite Muslim pilgrims at a shrine in the southern city of Shiraz. 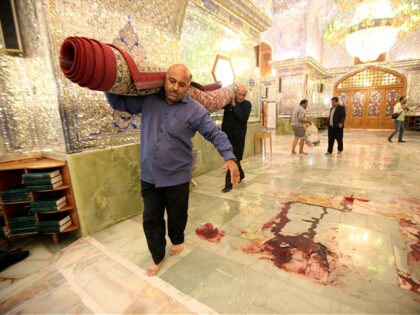 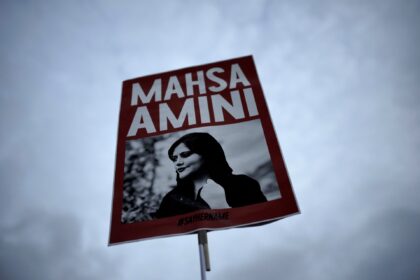 Iranian Dissident Group: Anti-Regime Protests Exhibit ‘All the Hallmarks’ of a Revolution ‘in the Making’

Iran is currently witnessing a revolution “in the making,” according to representatives of Iran’s Parliament-in-exile, the National Council of Resistance of its fifth week. 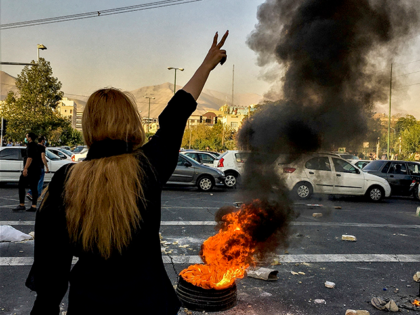 The Coordinating Council of Teachers Syndicates of Iran (CCTSI) reported on Wednesday that Iranian security forces beat a 16-year-old girl student named Asra Panahi to death after forcing her to attend a rally in support of the government, where she allegedly refused to sing a pro-regime song. 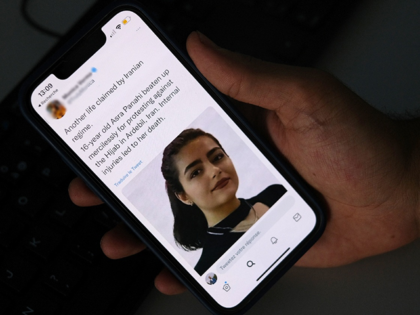 The whereabouts and status of rock climber Elnaz Rekabi, 33, are uncertain after she represented Iran at the Asian Championships in South Korea and was photographed competing without her hijab, the Islamic headscarf mandated for all women by the authoritarian regime in Tehran. 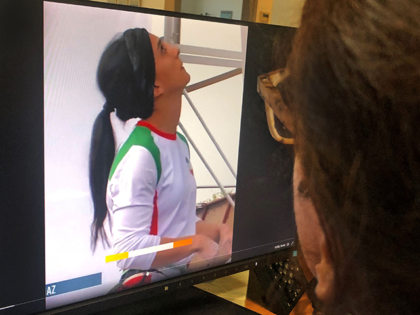 Evin Prison in Tehran, long notorious for both its hideous conditions and the large number of political prisoners held there, caught fire on Saturday. 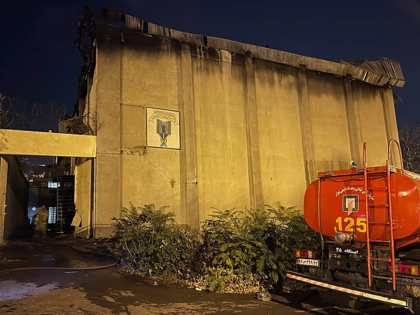 Iran Human Rights (IHR), a group based in Oslo, Norway, said on Tuesday that at least 201 people have been killed during the Iranian regime’s “bloody crackdown” on the Mahsa Amini uprising. 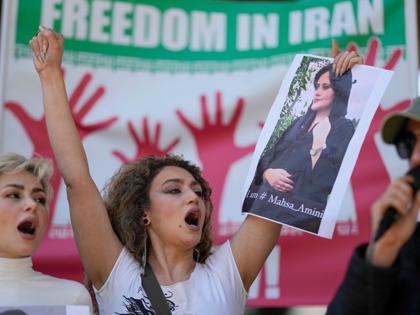 Protests in Iran grew larger and louder this week, despite regime efforts to dismiss the movement as a Western propaganda effort, or crush it with police and militia violence. Acts of defiance that were unthinkable a month ago have been reported across the country, while international support for the demonstrators grows stronger. 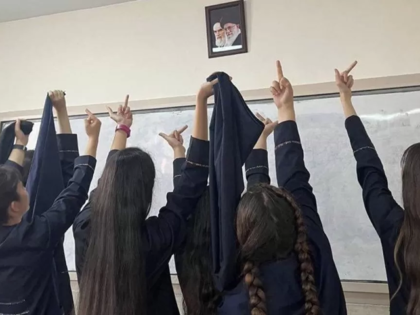 Iran’s supreme leader Ayatollah Ali Khamenei responded publicly on Monday to the violent anti-government protests raging across the country, blaming the U.S. and Israel for the challenges to the Islamic republic’s authority. 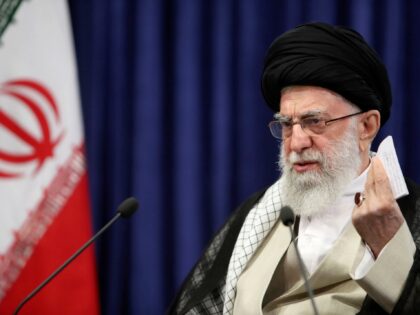 Iran Human Rights (IHR), a monitoring group based in Oslo, Norway, said on Monday the death toll in Iran’s hijab protests is now over 75 — far higher than the Iranian government’s official count of 41. 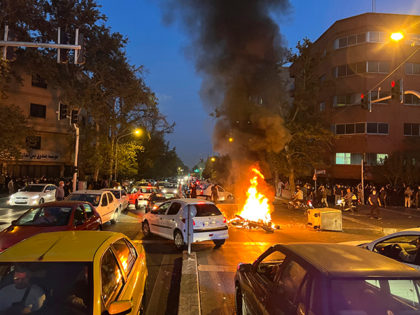 Protests continued across Iran on Sunday night despite promises by the regime to “deal decisively with those who oppose the country’s security and tranquility” and take “decisive action without leniency.” 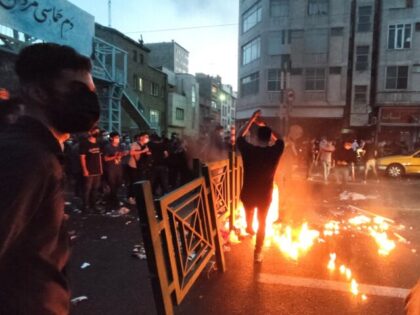 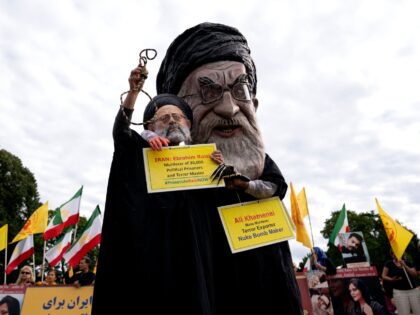