Wind: Still Two Or Three Times The Cost Of Conventional Energy, Whatever The Greenies Claim

Wind power now UK’s cheapest source of electricity – but the Government continues to resist onshore turbines. That was the headline in the Independent this time last week. I’m not suggesting for a moment that you’re an Independent reader but 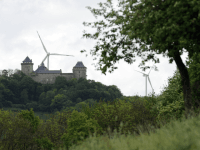 A solar energy firm has quit the UK after complaining it doesn’t receive enough taxpayer-funded subsidies. Zep Solar UK, which is backed by billionaire inventor Elon Musk, accused the government of not doing enough to support the industry A spokesman 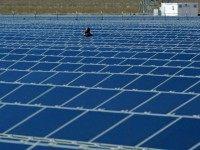 The British government has just announced plans to spend £6 billion of taxpayers money so that people in the Third World can buy more green energy in order to cope with ‘climate change’. Maybe it’s time the Conservatives changed their 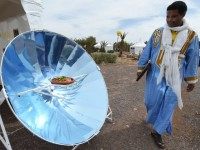 Campaigners in Scotland are calling for a full, independent investigation into allegations that wind farms are contaminating water supplies across large areas of Scotland. They have written to the First Minister Nicola Sturgeon and Energy Secretary Amber Rudd calling for

Britain has doubled its usage of biomass to generate electricity in the space of a year – despite repeated warnings that the “renewable energy source” generates even more CO2 than traditional fossil fuels. New statistics from the Department for Energy

In a lively exchange in the House of Lords yesterday, the government admitted that the costs of renewable energy technologies far outstrip the benefits they deliver. Responding to a question put to him by Viscount (Matt) Ridley on the cost of

The Australian government has slashed its renewable energy generating targets by nearly 20 per cent in keeping with election campaign promises made by Prime Minister Tony Abbott. In the culmination of protracted negotiations over the last few months, the Australian

Actor and environmental activist Leonardo DiCaprio, whose own carbon footprint arguably rivals those of entire small communities, has joined forces with actor Mark Ruffalo to launch a campaign for clean energy. 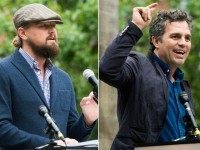 A Scottish quango is handing out £2.4 million in subsidies to companies willing to try their hand at cracking the problem of wave power technology. The generous grants, of up to £300,000 per company, represent only the first round of spending

The UK wind farm industry has threatened the government with legal action if subsidies for renewable energy are pulled. Yesterday, a prominent renewables lawyer took to the Guardian to warn against the “wilful destruction” of the wind farm industry. His

Energy Secretary Amber Rudd has been warned to slam the brakes on the renewables sector or face having to find at least £1.5 bn a year in extra subsidies. A new report reveals that her predecessor Ed Davey, a renewables fanatic,

Germans in Cologne had a shock last weekend as several areas experienced black outs three times in 24 hours. One outage lasted for 45 minutes. Among other places hit in the region was the popular amusement park Phantasialand. German blogger

Thousands of mega-wind turbines more than double the height of Big Ben could be set up across Britain if the wind power industry gets its way. A “cost reduction task force” has argued that constructing more mega-turbines would bring down 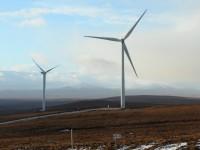 By doubling the percentage of electric power generation that must be “renewable” by 2020 to 33 percent, California–with the highest poverty rate in the nation–will continue paying the highest utility rates in the nation. 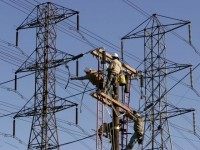 Britain’s energy policy is on course to be “the most expensive domestic policy disaster in modern British history,” the Centre for Policy Studies has found. In a new report, author Rupert Darwell warns that Britain can either have renewable energy or 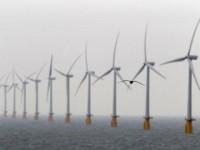 Senator Ted Cruz (R-Texas) attended the Iowa Ag Summit over the weekend, along with several other prospective 2016 Republican presidential candidates, and was alone among attendees in his outright rejection of the Renewable Fuel Standard (RFS), the ethanol subsidies that have a significant impact on Iowa’s agricultural economy. Despite the risk of opposing the RFS at an event sponsored by the agriculture industry in a critical early primary state, Cruz was unequivocal in voicing his opposition to the RFS and the crowd applauded his comments.

Supporters of renewable energies hope that new advances in solar technology will figuratively set the world on fire, but for hundreds of birds in Nevada last month, that scenario became a literal reality. Nearly 130 birds were set alight mid-flight during

Energy Secretary Ed Davey handed out more than £4 billion in lucrative subsidies to renewable energy companies yesterday, but industry lobbyists and green campaigners have insisted that the sum still isn’t enough. Meanwhile, Conservative Parliamentarians have reacted furiously to news that 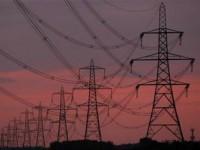 As Britain shivers under a blanket of snow and ice, it has emerged that offshore windfarms have been idling to prevent icing up – and drawing electricity off the national grid to do so. Critics have pointed out the “folly”

While some reports indicate energy providers are meeting standards when it comes to relying on reuseable energy, diversity requirements across different forms of renewable energy as well as business costs are driving up costs for consumers.