On December 14, NASA will start taking applications for its next class of astronauts. It’s possible that some of the astronauts will go to Mars, or at least be considered for future Mars missions.

Since the Guardian has already so helpfully explained that it’s important we keep Mars free of sexism, racism and #GamerGate, we have to be very selective with our choices. You do need a few things — a bachelor’s degree in a STEM field, related experience, or 1,000 hours of piloting jet aircraft — so obviously the A-team will be picked from the best of the best, and that’s certainly one way you can go.

That being said, I worry about the safety of the best and the brightest, whose actual bravery and intelligence is sorely needed on earth in the age of college safe spaces. Since we can surely fly the damn ship from Houston Control, I propose we return to the glorious, historic techniques of our forefathers: sending test monkeys into outer space.

Of course, in these enlightened times, we can’t send real monkeys. We’d have the apes’ rights people on our case in no time. So the team here at Breitbart Tech has scoured the Earth’s surface to find the next best thing: social justice warriors.

If I’m remembering this correctly, in The Hitchhiker’s Guide to the Galaxy, all the useless people are whacked on a ship and sent off into space. They eventually become us. I think it’s time Earth returned the favour, to avoid any risk of cosmic manspreading.

So here’s my recommendation for the crew of SocJus 1, the world’s first socially-inclusive, completely diverse and totally progressive Mars mission. Because the first act of a Mars colony ship upon setting down ought to be to change the highly problematic “Mars,” named after the god of war, to something like “Juno.”

If Ray Bradbury had imagined a mission like this while writing The Martian Chronicles, he would have killed himself.

Caitlyn Jenner
Set phasers to stun…ning and brave. Jenner will be piloting the ship, meaning any other spacecraft in the 140 million miles between the Earth and Mars are in serious danger of being rear-ended into oncoming traffic.

Lena Dunham
Sigourney Weaver showed us in 1979’s Alien that deep space travel requires near-nudity in certain situations, and there’s no one more comfortable with their own naked body than Lena Dunham, even if the rest of us aren’t.

Shaun King
Because every intergalactic crew needs a black guy. [Are you sure about this? — Ed.] Apparently King can’t track down his real dad on Earth. Maybe he should look further afield?

Arthur Chu
Obviously, since Jeopardy!-man is the smartest man in the world, he must come along for the sake of the mission. It’s not that I want to eject Arthur Chu from the planet, far from it. Rather he’s just so goddamned clever and brilliant and handsome that Mars needs him for both breeding stock and to pass on his wisdom as a sort of teacher/father figure. A guiding light, if you will. He’ll be allowed to take his entire fanbase with him–I’m sure we can find space for two more people.

The entire staff of Salon.com
We’ll tell them Mars is populated by preteens.

¡Jeb!
We need someone who can read the Spanish instruction manuals, and so he can visit a planet he might win an election on. Just don’t let him near the controls because he’ll change course five times and you’ll never actually make it.

Scarlett Johansson
In case she really did express interest in playing Zoe Quinn on the big screen.

Adria Richards
See how well she handles dongles in zero gravity. We’re assuming, as science fiction has taught us, that Mars has already been colonised by Little Green Men. They probably make sexist tentacle jokes at their warp drive conferences, and it is not okay.

Quebec
We’ll get rid of all the bad Canadians in one fell swoop! Although Martians will be begging for a few hundred thousand Syrian immigrants once they meet les Québécoises.

Sensitive Joss Whedon
He’ll be the perfect dining companion for the girls. Until they eat him.

Moviebob
The only way notoriously gluttinous movie vlogger Bob Chipman won’t be overweight any more is if we hurl him into zero-gravity.

Ann Coulter
Hang on, calm down. You see, I’m giving Ann all the guns and supplies. That’s right, social justice warriors. If you want to eat, you have to be nice to Auntie Ann. On camera! The trip has to be monetised somehow, and so long as bringing ore back from Mars is prohibitively expensive, I’m going with reality show.

Donald Trump
It would be a crime against humanity to limit the genius and glory of Donald Trump’s leadership to merely running one country; he should have his own planet to guide into a glorious future. Trump will travel in his own solid gold-plated hotel ship. It’s where I’ll stay when I visit, of course, because the view of Jupiter will be yuge, really just the best, everyone agrees. SocJus 1 settlers need someone to hate, after all.

Not eligible for the mission: Shanley Kane. (She’s just too much fun on planet Earth.)

I hope NASA will take these suggestions seriously and begin planning immediately for both SocJus 1 and the documentary about its inevitable, horrible collapse thanks to incompetence, indolence and stupidity (except for Coulter and Trump, as it goes without speaking that they’ll be living comfortably in Mars Trump Tower 1). Now if you’ll excuse me, I’ve got some hotel rooms to book. 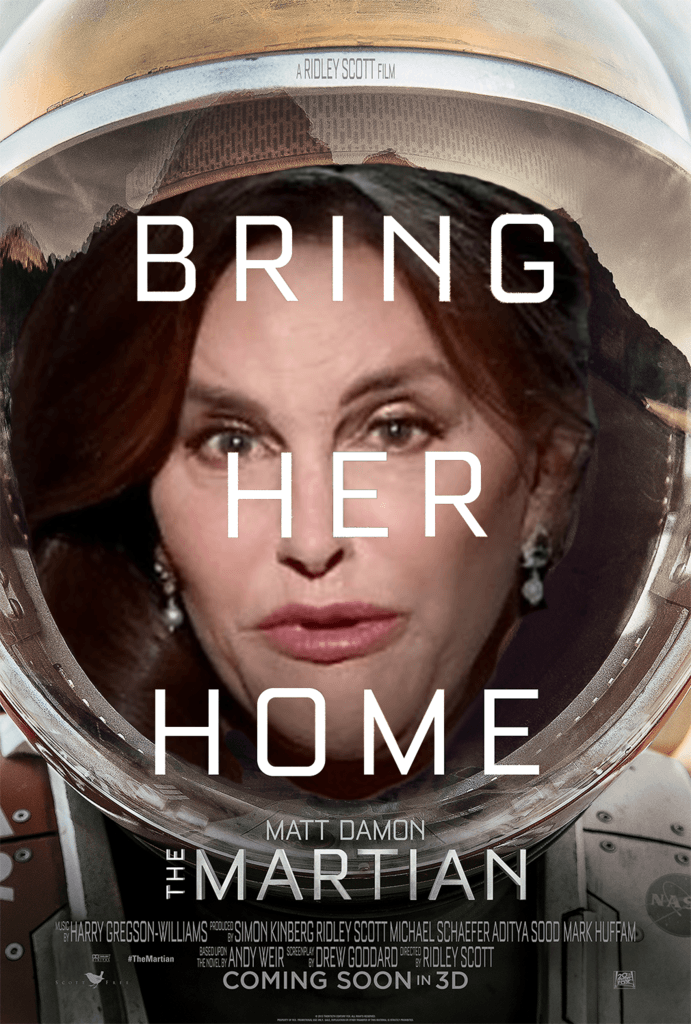