But if she was attempting to evade our efforts to catalog the political leanings of Facebook’s Trending News team, it will do her no good. The internet is forever, and everything we need is already archived.

Currently, the only thing you can see on Jenkins’ Facebook page is an image of a black protester challenging the police, along with a message for followers to “stay woke.” But there’s much more. If you thought yesterday’s profile of Trending News managing editor Ben “what’s an extremist?” Wagner was wacky, you haven’t seen anything yet. 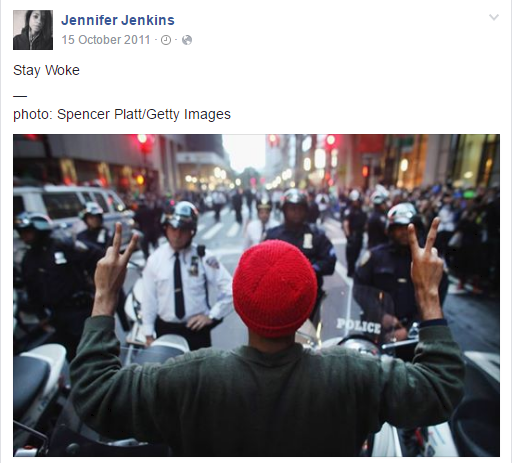 Jenkins is one of the more radical members of Facebook’s trending news team, who once shared a Vox article about the science of race, along with the blunt, loopy message “race isn’t real.” 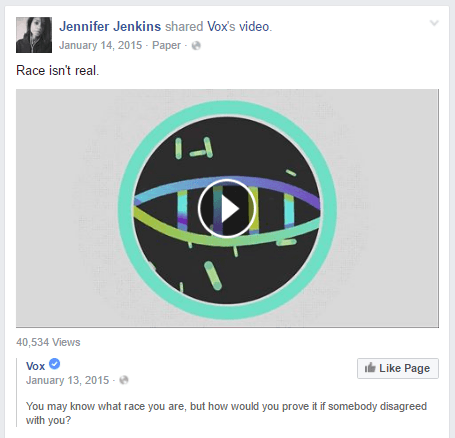 Jenkins is also an admirer of the writer Ta-Nehisi Coates, whose articles she shares frequently. In April, she shared a Coates article about the Baltimore riots, which denounced non-violence as a “con” and “compliance” with “oppressors.” 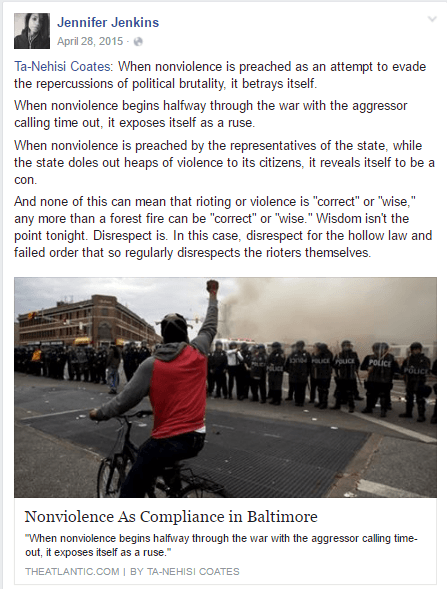 She also shared an article condemning the confederate flag as a symbol of racism, denouncing counter-arguments about cultural heritage as a “bullshit cop out.” 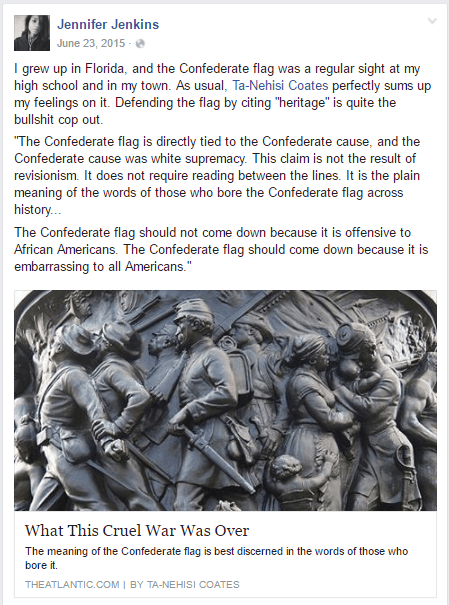 Jenkins has also shared feminist comics on her Tumblr (yes, she has a Tumblr), and has attacked the idea of society having objective fitness and beauty standards for women and men. It’s a line of thinking straight out of the playbook of the fat acceptance movement: the latest group of leftist grievance merchants. 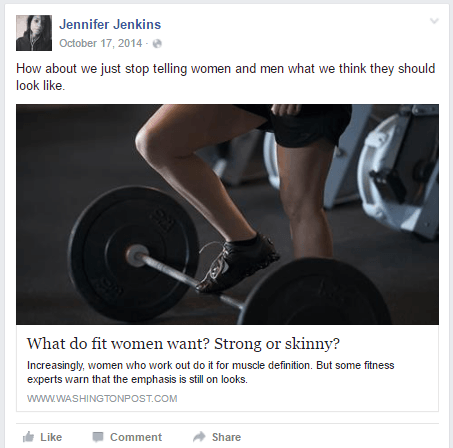 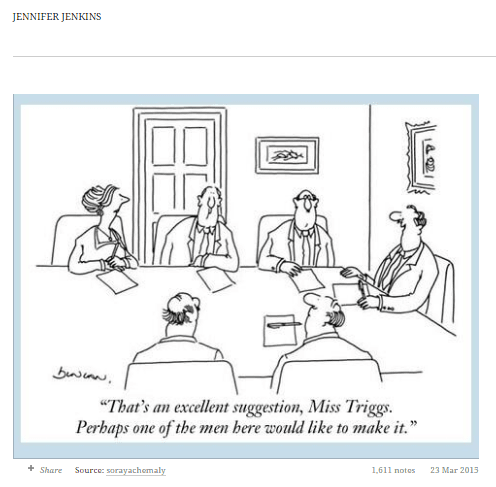 These are all probably typically progressive views for a Columbia journalism graduate, who was formally lead homepage editor for the New York Times and a web producer for CNN. Yet, unlike the Times and CNN, whose liberal biases are well-documented, Facebook continues to convince conservatives that it is unlike those old media organizations, and will remain politically neutral.

That may well be its intention. But if Facebook is serious about its political neutrality, then it will have to be prepared to be transparent about their employees’ political biases — because, as Facebook has acknowledged, those biases can affect how content on the platform is moderated and curated. If Facebook wants to win its lawsuits, nothing less than total openness will do.

So, perhaps it should encourage Ms. Jenkins to make her social media profiles public again.