A day after twin suicide bombings targeted the thousands of desperate people fleeing the Taliban takeover, AP reports the U.S. says “further attempted attacks are expected” ahead of the Tuesday deadline for foreign troops to leave.

The warning came as the Taliban mounted its own cordon around the airport and began challenging those seeking access to emergency flights. 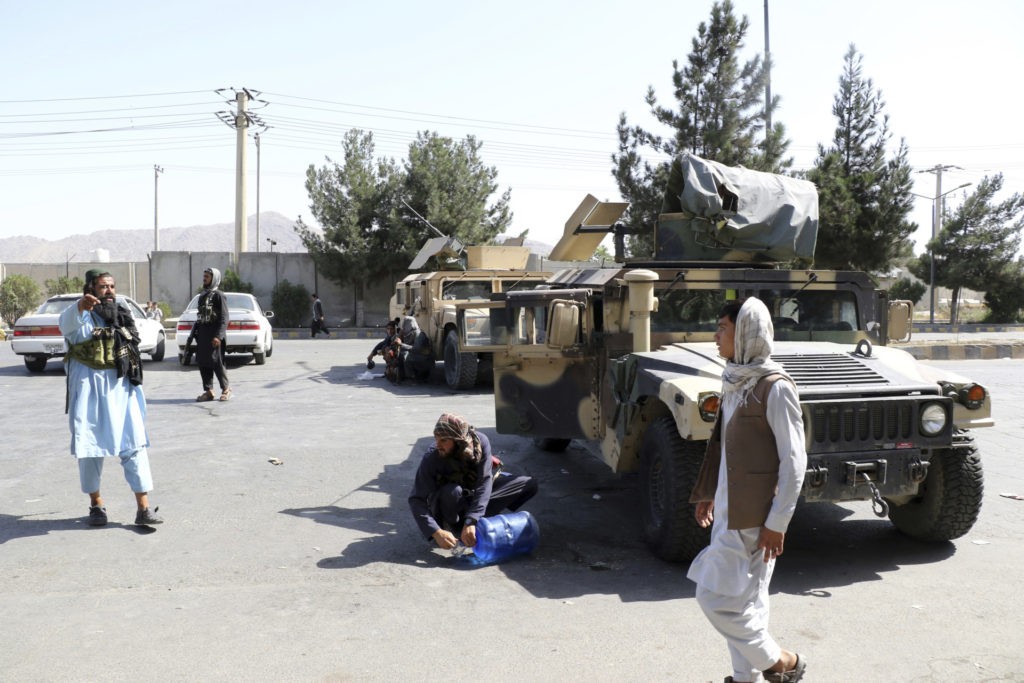 Taliban fighters block airport access after Thursday’s deadly attacks, in Kabul, Afghanistan, transforming a scene of desperation into one of horror in the waning days of an airlift for those fleeing the Taliban takeover. (AP Photo/Wali Sabawoon)

The wire service report added Kabul residents confirmed several flights took off Friday morning, while the increasingly desperate crowd outside the airport was as large as ever.

Thursday marked the darkest day for U.S. forces in Afghanistan since August 2011 as they work to end America’s longest war and military leadership in Washington tries to prepare for an uncertain future in the strife-torn country.

In one location, dozens of Taliban members with heavy weapons about 500 meters from the airport were preventing anyone from venturing forward.

Some U.S. allies have already ended their rescue efforts, in part to give the U.S. time to wrap up its evacuation work before getting 5,000 of its troops out by Tuesday. 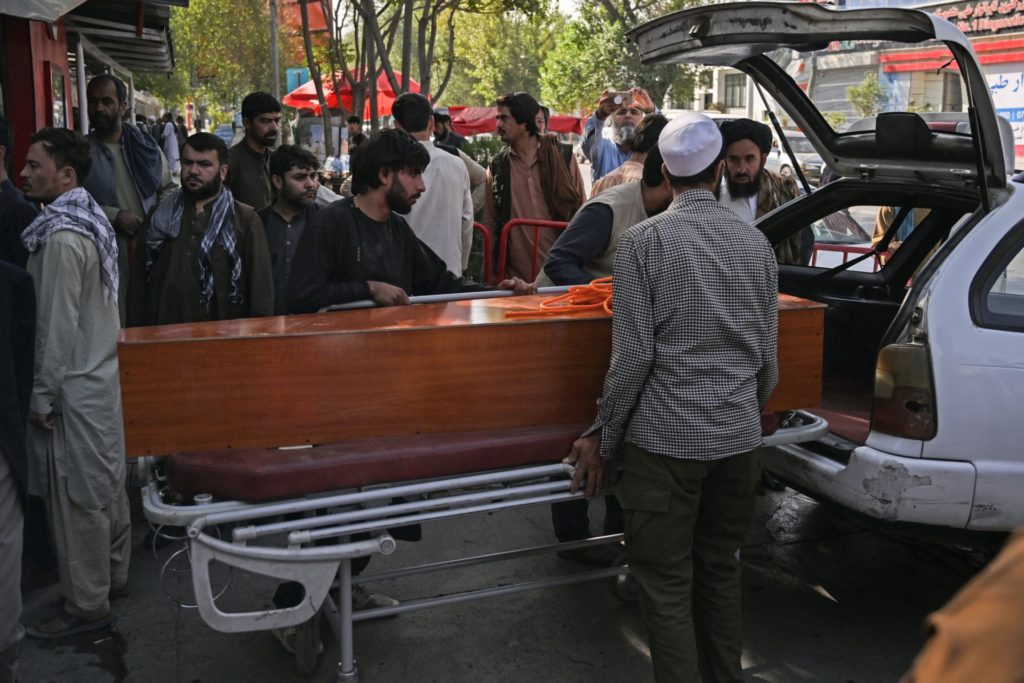 Relatives load in a car the coffin of a victim of the August 26 twin suicide bombs, which killed scores of people including 13 U.S. troops outside Kabul airport, at a hospital run by the Italian NGO Emergency in Kabul on August 27, 2021. (AAMIR QURESHI/AFP via Getty Images)

Defense Secretary Ben Wallace told Sky News there would be “eight or nine” evacuation flights on Friday, and they will be the last. British troops will leave over the next few days.

The Spanish government said it has ended its evacuation operation while French European affairs minister, Clement Beaune, said on French radio Europe 1 that France would stop “soon” but may seek to extend it until after Friday night.