Taiwan’s pro-China political party, Kuomintang (KMT), has rejected a call to remove a statue in Taiwan of an anti-Communist leader by a “Transitional Justice Commission,” comparing it to the Taliban’s bombing of the Bamiyan Buddha statues in Afghanistan in 2001, Voice of America (VOA) reported Wednesday.

“A cabinet-level commission in Taiwan has proposed removing a giant statue of its former president Chiang Kai-shek — the centerpiece of a memorial hall in Taipei dedicated to the military leader, who served as the island’s president from 1949 until his death in 1975,” VOA reported on September 22.

“Chiang’s supporters view him as a strong leader who led Taiwan to fend off the invasion of the [Chinese] Communist forces and initiated land reforms in Taiwan during his rule,” according to the U.S. broadcaster.

KMT, a Taiwanese opposition party known in English as the Chinese Nationalist Party, has rejected the commission’s proposal to remove Chiang’s statue, arguing that it “would be destroying cultural heritage.”

KMT says the initiative to erase Chiang’s legacy by destroying the centerpiece of his memorial hall — a 6.3-meter-tall bronze statue — “is similar to the time when the Taliban blew up Afghanistan’s giant Bamiyan Buddhas statues in 2001,” according to VOA. 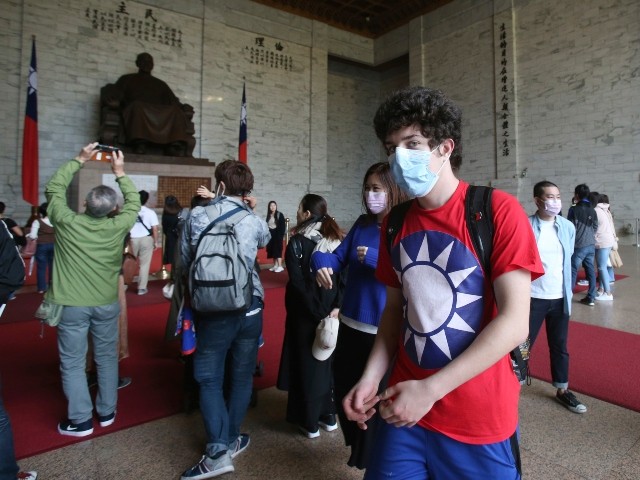 A tourist wears a face mask as he visits the Chiang Kai-shek Memorial Hall in Taipei, Taiwan, Thursday, Feb. 27, 2020. As the worst-hit areas of Asia continued to struggle with a viral epidemic, with hundreds more cases reported Thursday in South Korea and China, worries about infection and containment spread across the globe. (AP Photo/Chiang Ying-ying)

A spokeswoman for KMT named Angel Hung told VOA on Wednesday she believes Taiwan’s “Transitional Justice Commission” is pushing to tear down Chiang’s statue as part of a concerted effort to further divide already opposing factions of Taiwanese society, namely its pro-China and pro-independence cohorts.

“Removing the statue simply will not bring about reconciliation… So, dividing the society again is what the removal would represent,” she argued.

Chiang led KMT forces against Mao Zedong’s Chinese Communist Party (CCP) in the Chinese Civil War, which lasted off and on between 1927 and 1949. Chiang led his forces in a retreat to the island of Taiwan in December 1949 after losing the civil war in mainland China. Beijing today considers Taiwan a renegade province, despite the island’s status as a democratically-ruled sovereign nation with its own government and military. 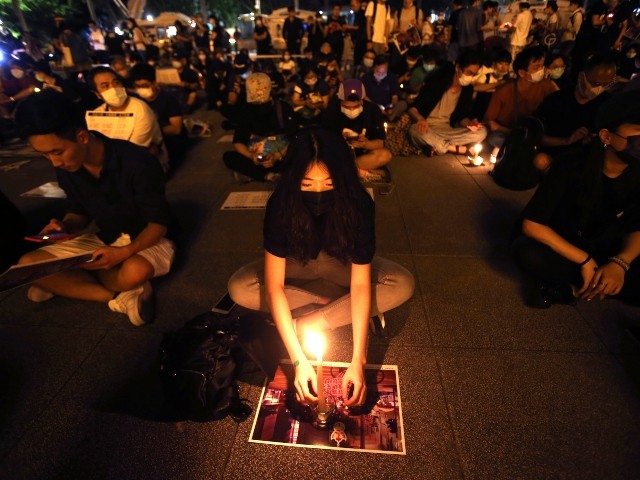 Chiang’s legacy in the later years of the Chinese Civil War is tarnished, according to the account of Taiwan’s “Transitional Justice Commission,” because critics of Chiang accuse him of “ordering the execution of more than 18,000 civilians in 1947 during what is known as the island’s period of ‘white terror.'”

“Taiwanese society has been unable to reach a consensus on the historical interpretation of the mass atrocities during Chiang Kai-shek’s regime,” the Taipei Times observed in an op-ed published in June 2020.

Taiwanese President Tsai Ing-wen established the “Transitional Justice Commission” in May 2018, fulfilling a 2015 election promise to “pursue transitional justice” during her successful campaign for Taiwan’s presidency in 2016.