HOUSTON, Texas – A grieving Texas father told Breitbart Texas, “my son is dead because the concept of borders is dead.” Spencer Golvach was senselessly murdered by an illegal alien who had been deported a number of times after being convicted of committing crimes, including as law enforcement officers now tell us, crimes of violence. Golvach was shot in the head on January 31st while sitting in his car waiting for a stoplight to change. Golvach’s father said he wants the “boomerang” of deportation and illegal reentry into the country to be stopped.

Victor Manuel Reyes was a violent man who on the night of Golvach’s execution, went on a killing spree through the streets in Harris County. He killed two men, including 28-year-old Juan Garcia. Then he shot at another couple before he was shot to death by a Harris County deputy.

Mr. Golvach recounted the tragic events of his son’s death. “My son, Spencer, pulled up to a stoplight … A Victor Manuel Reyes, an illegal alien,  pulls up next to him, pulls his gun out, rolled his window down and blew my son’s brains out.”

Golvach said he “understands that not all of those who enter here illegally are bad, but the current system does not allow us to check. This leaves Americans vulnerable, as we see with my son.”

The grief-stricken father told Breitbart Texas “this has to do with foreign intruders into our country. We are not … filtering out …we simply do not know who is coming in.” Mr. Golvach distinguished the criminal illegal alien from migrant workers. He said there needs to be laws that deter illegal aliens from reentering who have been deported after criminal convictions.

In his exclusive video interview with Breitbart Texas, Golvach’s question to politicians who talk tough about illegal immigration is -“what filter do we have, what mechanism can we have to filter out the good from the bad, and how does that work with this ‘do drop-in, come one, come all, it does not matter who you are,’ border policy that we have?”

The senior Golvach believes that stiff jail time could be a solution to deter reentry. He said “I think that if you are a felon, and you have committed crimes in this country, and you have been deported, well there has to be some sort of deterrent that when you are sitting on the other side of that border that you think about.”

Golvach said the laws that punish for reentry after deportation are weak. He told Breitbart Texas “the one that we have on the books that we don’t follow now, is very anemic. I believe it’s a fine up to 10 years, no more than 10 years, that’s the way the law is written. I think it ought to be a mandatory 20 years.”

He believes “if you commit crimes in this country, you go back down and you are deported and you come back over and are caught, you go to prison.” The slain man’s father believes that compassion is well and good but that America’s leaders must follow the Constitution.

Golvach is on a mission to tell politicians that their duty is to “protect American people first. That is the first and foremost thing, and that’s not happening,” he said. “It did not happen for my son. He was an American citizen.” During the initial telephone interview with Breitbart Texas he said “Spencer was part of the cost of not doing it. He said compassion is good, but safety comes first, and we are not safe.”

Golvach concluded the interview with a gut-wrenching description of his relationship with his son and his son’s life. Golvach choked back tears as he said he “loved Spencer more than life.” He said he would never be able to hold his son’s children, his grandchildren.  He also said “he built so much of his life around him.” He also said his son “was a good man.”

“He was a sweet, sweet angel,” he said with a heavy heart. 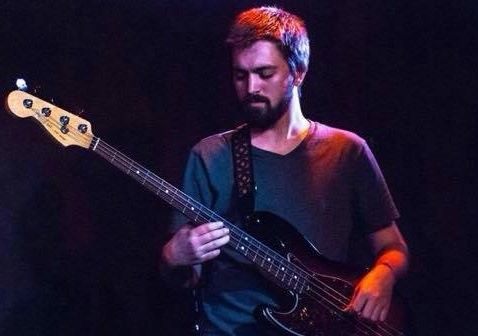 There were almost 1000 people who attended Spencer Golvach’s funeral service. Mr. Golvach said “the visitation was the hardest because I had to look at my dead son’s face and it didn’t look like the boy I knew for 25 years.” The casket was not at the memorial service because Spencer had told his family before that he would want people to celebrate his life. 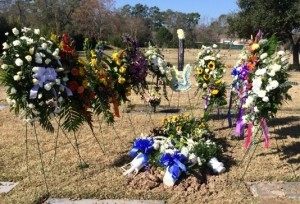 Dan Golvach is calling upon state and federal representatives to step-up and do what they were elected to do – protect Americans. He said that “all roads lead to securing our borders and making those within the border safe.”

Breitbart Texas will follow Mr. Golvach on his journey.