AUSTIN, Texas – Legislators from the Texas State House of Representatives, took to their chairs and were quiet on Monday, taking the time to remember Spencer Golvach. Golvach was randomly gunned down in late January by an illegal alien who had been deported numerous times. Representatives Debbie Riddle (R-Houston) and Patricia Harless (R-Houston) filed a House Resolution honoring the man’s life. The House members expressed their unanimous adoption of the memorial resolution by standing.

Rep. Riddle told her fellow lawmakers “It is always tragic when a young man of this age passes away, but the way this happened, makes it even more tragic.”

Rep. Riddle told the story of Spencer’s Golvach’s death, saying “a man who was not in this country legally, and who had been deported several times because of violent illegal activity, drove up next to him, pulled a gun, and shot Spencer in the head and killed him.” She told House Representatives that the man drove on and killed a Hispanic gentleman, and he shot that man’s girlfriend, and then continued his “shooting spree.”  She relayed that Spencer’s death happened in the neighborhood where she grew up, not far from his home in Rep. Harless’ district. 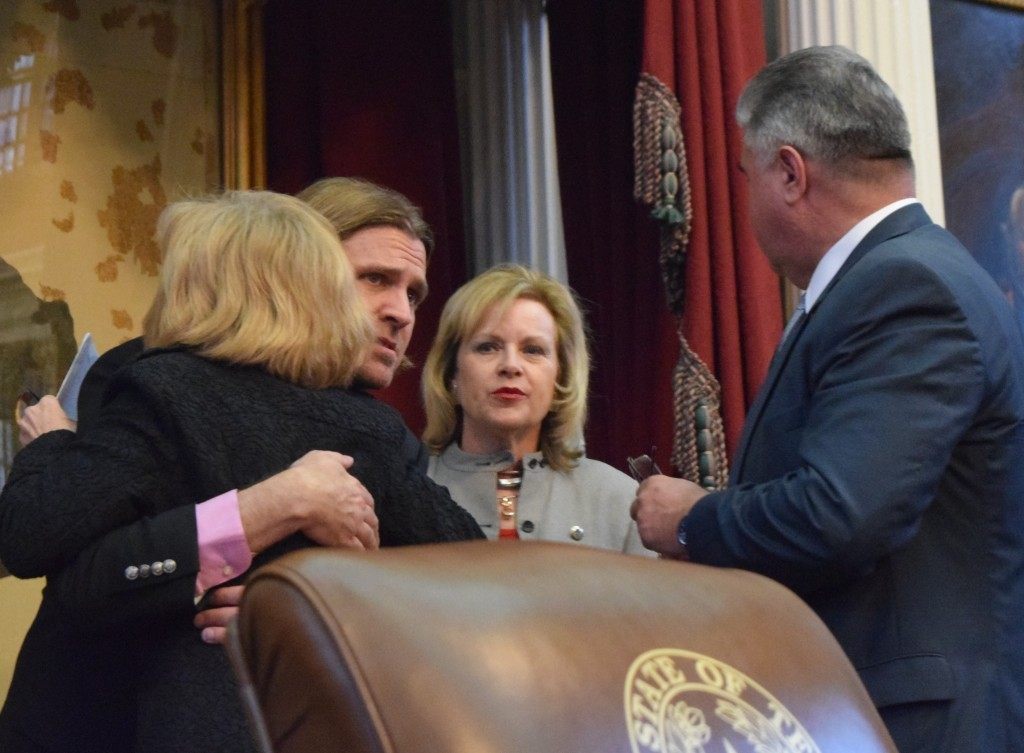 The 25-year-old man was passionate about music and owned Spencer’s Guitar Shop in Cypress, Texas. Spencer shared his love of music with his brother and his father, both musicians. He was remembered for his kindness and his generosity, and for being a mentor and a role model to his younger brother Dylan. He was also remembered for his desire to help and encourage others.

Breitbart Texas has reported about the murder of Golvach’s son and was granted an exclusive video interview in February. Mr. Golvach told Breitbart Texas that “My son is dead because the concept of borders is dead.”

Spencer Golvach was shot in the head on January 31st while sitting in his car waiting for a stoplight to change. He was shot by Victor Reyes who was illegally back in the country after he had been deported four times. Reyes had been convicted and served time in a federal prison for a crime of violence. In fact, he was convicted of violent assault on two occasions.

Golvach’s father said he wants the “boomerang” of deportation and illegal reentry into the country to be stopped.

In his exclusive video interview with Breitbart Texas, Golvach’s question to politicians who talk tough about illegal immigration is -“what filter do we have, what mechanism can we have to filter out the good from the bad, and how does that work with this ‘do drop-in, come one, come all, it does not matter who you are,’ border policy that we have?”

At a press conference called by the Golvach’s on March 2nd, Dan and Julie Golvach told lawmakers “My son’s death was preventable.” Spencer Golvach’s parents are “calling upon state and federal representatives to do what they were elected to do – protect Americans.” Mr. Golvach said politicians who talk tough on the border but do not act to protect it “can pick out one of their kids,” referencing the sacrifices he has made as a result of a porous border. Breitbart Texas obtained a leaked Texas Department of Public Safety report and reported about the crime statistics related to an unprotected border.

An official copy of the memorial resolution was given to the family after the ceremony honoring Spencer Golvach’s life. Representatives Susan King (R-Abilene) and Harold V. Dutton (D-Houston), moved that the names of all members be added to the resolution, and their motion was adopted. They are shown in the photo, standing to the left and right of Dan Golvach on the podium.

When the Texas House of Representatives adjourned on March 9, 2015, it did so officially honoring the memory of Spencer Golvach.