U.S. Army Secretary John McHugh announced that the Army will provide “all possible benefits” to victims of the 2009 Fort Hood Shooting. The announcement comes less than one week after the Army presented Purple Heart medals to 36 soldiers and family members of those who were killed in the shooting.

Some of the benefits ordered by McHugh include the payment of hostile fire pay for the Purple Heart recipients who were “killed, injured, or wounded” in the shooting attack and combat-related special compensation for Soldiers who were retired with a disability attributable to the shooting.

“After making the determination that the victims of the Fort Hood attack are now eligible for the Purple Heart, it seems only right and fair that these Soldiers also receive the benefits it traditionally entails,” McHugh said. “That’s why I directed an expedited process to make certain that happens.”

U.S. Senator John Cornyn (R-TX) responded to McHugh’s announcement. “Last week’s ceremony was an important step toward honoring the heroes of that day, and I am pleased the Army has moved swiftly to ensure the Fort Hood Purple Heart recipients will receive all the benefits for which they are eligible,” Cornyn said in a statement received by Breitbart Texas. 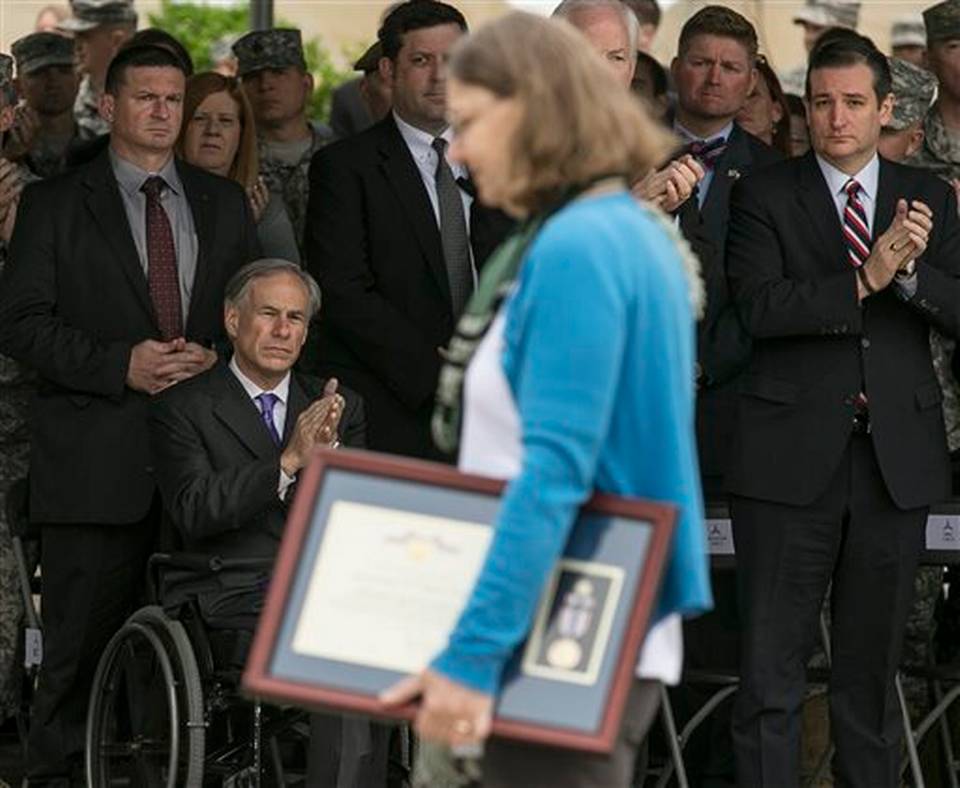 Joleen Cahill, foreground, wife of Michael Cahill who was killed during the attack by Maj. Nidal Hasan in the 2009 Fort Hood shooting, carries her husband’s Defense of Freedom Medal back to her chair, as Texas Gov. Greg Abbott, lower left, and Senators John Cornyn and Ted Cruz, right, applaud the family members of those killed in the shooting during a ceremony held at Fort Hood. Rodolfo Gonzalez/AP Photo

McHugh ordered a review by the Army to determine if any other benefits should be awarded to these Soldiers. The report is due back to the Army Secretary within 30 days.

Other Soldiers who were previously determined to be ineligible for the Purple Heart medal are being re-evaluated to determine if they now qualify under the expanded criteria. Those include Private William Long who was killed in the 2009 Little Rock Arkansas recruiting station shooting and Private Quinton Ezeagwula who was injured in the same attack. These Soldiers will be awarded the Purple Heart in a future ceremony.