Twin Peaks bikers are fighting a gag order in Waco, Texas, and they are fighting the prosecution’s persistent and flagrant use of terms such as “outlaw bikers,” “biker gangs,” and “outlaw biker gangs” when referring to motorcycle riders and all of the bikers in Waco on May 17th. They cite legal opinions that prevent such “guilt by association” arguments by the State.

In addition, the prosecution in the Twin Peaks bikers cases is accused of “cit[ing] its own repeated press conferences in order to allow it to repeatedly refer to these ‘clubs’ as “five outlaw biker gangs’” to support its motions filed in Waco courts.

The prosecution is also charged with citing the “facts” the State asserted at its press conferences, as “facts” in support of a gag order, and in support of its other communications.

A lawyer for one of the bikers writes in his brief that he objects to the State’s use of the word “gang” “in an apparent attempt to prejudice this Court, just as the State initially attempted to prejudice the public against Mr. Clendennen.”

Clint Broden represents Matthew Clendennen, one of the 177 bikers caught-up in the mass arrests at the Twin Peaks restaurant on May 17th.

In one of his reply briefs filed in the court of appeals in Waco, Broden cites a federal case where the court strongly condemns the use of the term “motorcycle gang” “over the far less prejudicial term ‘motorcycle club.’”

Clendennen’s lawyer cites the court opinion where it states this is a strategy to prejudice and use “guilt by association”:

Gangs generally arouse negative connotations and often invoke images of criminal activity and deviant behavior. There is therefore always the possibility that a jury will attach a propensity for committing crimes to defendants who are affiliated with gangs or that a jury’s negative feelings toward gangs will influence its verdict. Guilt by association is a genuine concern whenever gang evidence is admitted.

The federal court also noted that the prosecutor had “openly mocked the use of the term ‘club’ in his questions, clearly suggesting to the jury that the term was a total misnomer for the group.”

Clendennen’s counsel argues in his reply that the State’s brief “actually highlights almost everything that is wrong with the ‘gag order’ in this case. Indeed, it purports to give this Court ‘facts’ of the case that it claims are ‘facts’ because these ‘facts are ‘what [is] commonly known through press reports.”

Moreover he writes, “Not content to simply label the ‘clubs’ to be ‘gangs,’ the State also tells the Court that it is a ‘fact’ that law enforcement intelligence had discovered that a ‘green light’ had been given by certain criminal organizations to take retribution against law enforcement and/or members of rival gangs.” He counters – “What evidence does the State cite for this damning ‘fact?’ – Its own press conferences.”

Although the prosecution has tried to paint with a wide brush that all of the Twin Peaks bikers were criminals, Breitbart Texas reported that four of the nine dead bikers had no criminal records. 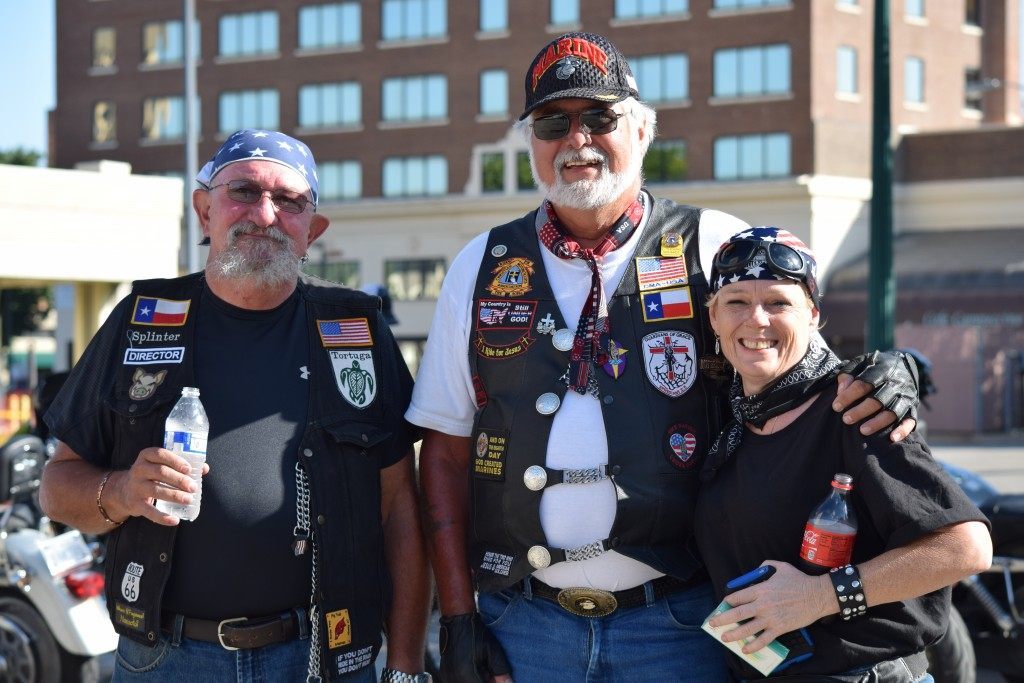 The 177 bikers at the Twin Peaks restaurant were swept up in a mass arrest and all charged with the felony of engaging in criminal activity because they were at the restaurant.

As reported by Breitbart Texas, police characterized the afternoon gathering at the Waco Twin Peaks restaurant as a gathering of criminal biker gangs with violent intent; however, the bikers say the meeting was a legitimate, organized gathering of motorcycle riders to discuss political and other issues.

The group gathered there, the Texas Confederation of Clubs and Independents (CoC&I), have frequent meetings to discuss biker safety issues, proposed legislation, and other motorcycle issues. Their website gives a very different impression of the group’s purpose and goals than what has been portrayed by Waco PD Sgt. W. Patrick Swanton.

Swanton conducted several press conferences after the restaurant shootings. His statements have been repeated by the media.

An AP report after the shootings gives what has become a repeated narrative:

Five gangs had gathered at the restaurant as part of a meeting to settle differences over turf and recruitment. Prior meetings had been held at the restaurant, and managers there had dismissed police concerns over the gatherings, he said.

“They were not here to drink and eat barbecue,” Swanton said. “They came here with violence in mind.”

Louie Nobs, liaison to the board of National Coalition of Motorcyclists, and former National Vice President of Soldiers for Jesus MC (motorcycle club) told Breitbart Texas, “I am not willing for our Christian bikers to be vilified as ‘engaging in organized crime’ when our mission is to serve the biker community. We marry them, bury them, make hospital visits, and raise funds to help their families. How does that make us a “biker gang?”

Steven Cochran, vice president and a founding father of the “Sons of the South MC,” and the Texas State Director of the Texas Legislative Strike Force told Breitbart Texas, “We have been demonized and dehumanized. The continued dialogue is being falsified to support their narrative – a narrative that was false from the beginning.”

Cochran is also a former state commander of the US Defenders (2010-2015), an organization whose website says it “fights for our rights and civil liberties.”

Cochran told Breitbart Texas that motorcycle clubs in Texas have raised over $24 million for charities and charitable causes over the last 20 years. He says that this amount does not include the amounts raised by clubs doing independent fundraising.

One million dollar bonds were set keeping all those arrested on May 17th from returning to their homes, families, and jobs, and some did not get out of jail for almost two months.

All at the restaurant on that day were charged with engaging in a criminal conspiracy.

Those there included bikers from Christian clubs and veterans, riding clubs (as opposed to motorcycle clubs), and independents (riders not associated with a motorcycle or riding club). 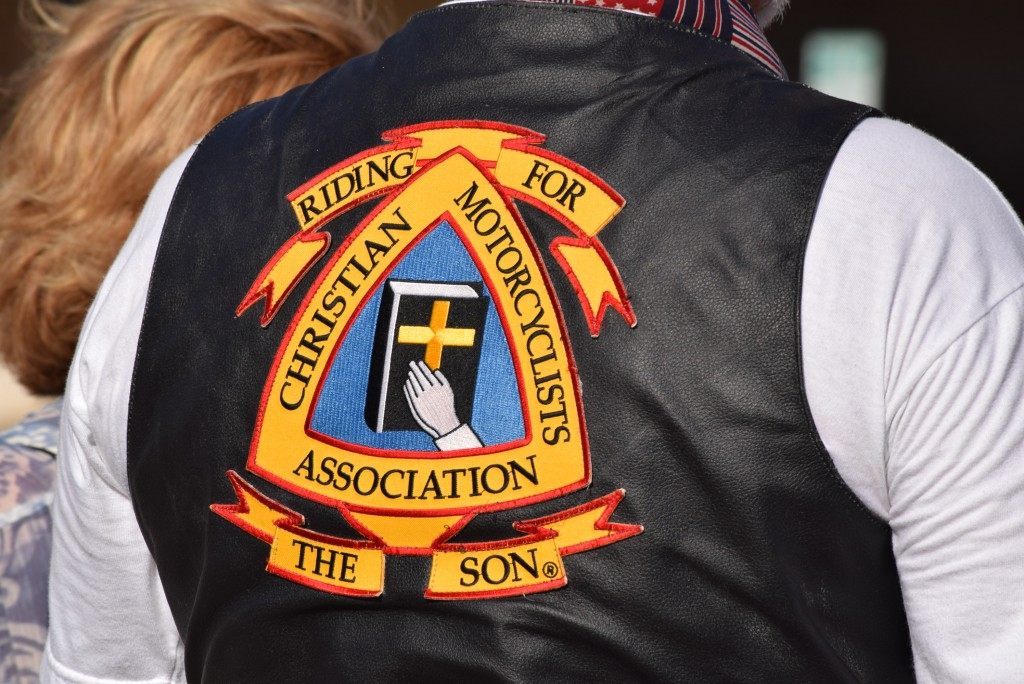 Breitbart Texas reported about one of the bikers killed, Jesus Delgado Rodriguez of New Braunfels, Texas. Sixty-five-year-old Rodriguez served in Vietnam and was a Purple Heart recipient.

Many have lost jobs, and some have even lost their children in family court or adoption battles.

These plumbers, contractors, teachers, businessmen and women, and others, continue to try to raise money for their legal defense, and to fight for their reputations within their community, and in the public as a whole.

There is a phrase used in the motorcycle community, it is “One Percenter.” Bikers say it refers to the fact that it is the one percent of bikers that give the rest of the motorcycle riders a bad name. Ninety-nine percent of them they say, are law-abiding citizens.

Lana Shadwick is a contributing writer and legal analyst for Breitbart Texas. She has served as a prosecutor and an associate court judge. Follow her on Twitter @LanaShadwick2