A routine traffic stop in Waco, Texas, resulted in police officers finding drugs in the vehicle and a loaded pistol in a woman’s vagina. Waco police officers had initially pulled over a 1998 Toyota SUV in the city’s north side on Monday night, information released by Waco Police revealed.

It was during that traffic stop that authorities found 2.7 grams of methamphetamine under the driver’s seat. Officers arrested 30-year-old Gabriel Garcia who had been driving the truck. The traffic stop was made near West Elementary School. The school is a drug and gun free zone. 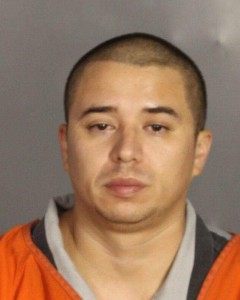 Authorities found a second drug stash in the purse of 31-year-old Ashley Cecilia Castaneda. In her purse police found a set of scales as well as 29.5 grams of methamphetamine. 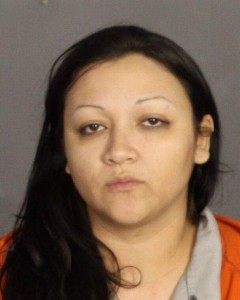 During their transport to the municipal jail, Castaneda told authorities that she had a loaded weapon in her vagina. Police stopped and retrieved a loaded Smith and Wesson .22 caliber handgun hidden inside the woman. The pistol was fully loaded, including a round in the chamber. Authorities did not indicate if the gun’s safety device was engaged. 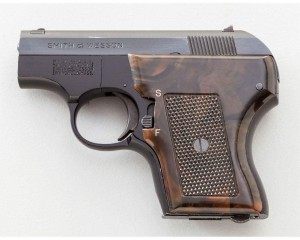 The weapon found in a suspect’s vagina.

The handgun is a Smith and Wesson Escort. The .22 caliber pocket pistol entered the market in May of 1970, according to the gun history website, UnblinkingEye.com. The magazine has a capacity of five rounds. With an additional round in the chamber, Castaneda would have been carrying six rounds.

Both Garcia and Castaneda were charged with possession of a controlled substance in a drug free zone because the arrest took place near a school. Castaneda was also slapped with charge of unlawfully carrying a weapon. Bond for Garcia was set at $10,000 while bond for Castaneda was set at $31,000.

The firearm and the drugs were seized as evidence.