The checkpoint is located about 80 miles north of the Texas/Mexico border. Elsewhere in Texas, a sheriff’s sergeant also seized a sizable load of smuggled marijuana.

Agents assigned to the Falfurrias Checkpoint observed the driver of a vehicle acting suspiciously as he approached the checkpoint located on Highway 281 in Brooks County. Agents referred the driver to a secondary inspection stations, information provided to Breitbart Texas by U.S. Border Patrol spokesman Isaac Villegas revealed.

The agents conducted a physical inspection of the vehicle. During the inspection they discovered 220 pounds of liquid methamphetamine. Border Patrol officials estimated the value of the drugs to be approximately $7 million.

The discovery was made in the fuel tank of the vehicle.

The driver of the vehicle was taken into custody and turned over to the Drug Enforcement Agency for possible prosecution. The pickup truck and the drugs were seized.

Elsewhere in Texas, a load of marijuana was found in the auxiliary fuel tank of Ford F-150 pickup truck in Fayette County, Texas. The discovery was made following a traffic stop by Fayette County Deputy Sergeant Randy Thumann and his K-9 partner Lobos. 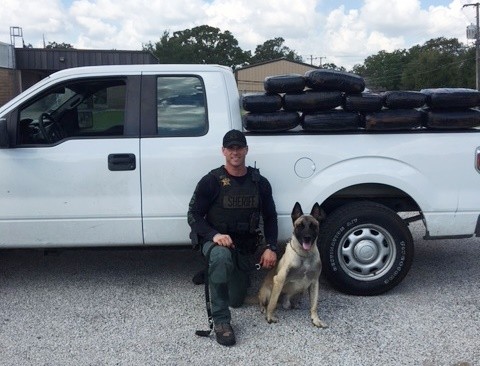 During a roadside interview conducted by the sergeant, the driver presented indicators that he might be smuggling drugs in the truck. After obtaining permission to search the vehicle, Thumann conducted a walk around inspection with Lobos who alerted to the presence of drugs.

Thumann conducted an inspection of the auxiliary fuel tank and discovered eleven wrapped bundles of what he would later determine to be marijuana. The load of marijuana weighed approximately 109 pounds and was estimated to be worth over $50,000. The driver of the truck, Arturo Pena, 35, of Zapata, Texas, was arrested and taken to the Dan R. Beck Justice Center in La Grange.

The drug seizures by Border Patrol agents and this dedicated drug enforcement deputy sheriff show the vulnerability of border security in keeping drugs from being smuggled into the country.