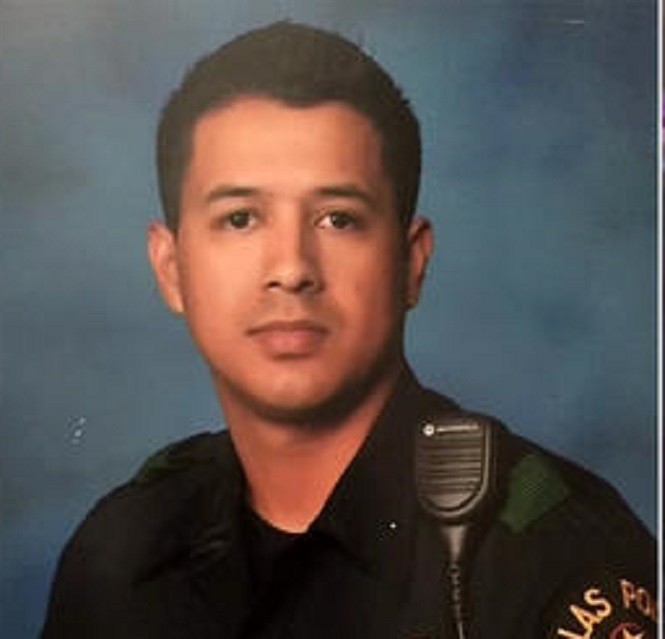 The Star-Telegram reported that the 43-page lawsuit filed in federal court asks for up to $550 million in damages.

“While Defendant Black Lives Matter claims to combat anti-black racism,” the federal complaint was reported to state, “the movement has in fact incited and committed further violence, severe bodily injury and death against police officers of all races and ethnicities, Jews, and Caucasians. Defendant Black Lives Matter is in fact a violent and revolutionary criminal gang.”

The father’s lawsuit, filed by Freedom Watch, urges that Micah Johnson was “acting as an agent of and at and under the direction of” the defendants. As reported by Breitbart News in August, the group is representing Patricia Smith and Charles Woods, the parents of Sean Smith and Tyrone Woods, who died during the September 11, 2012 Benghazi attacks. Hillary Clinton is the defendant in the case.

Breitbart Texas reported on July 7, that Micah Xavier Johson killed five police officers, and wounded six others (including one civilian) at a Black Lives Matter protest in Dallas. The former Army Reservist said he wanted to kill white people, especially white officers. He was killed by Dallas PD when officers sent a robot to where he was hiding and detonated a bomb. As reported, a Facebook profile search showed that Johnson’s profile photo showed him dressed in a dashiki, holding a clenched fist in the air. His cover photos was a black liberation flag and a black power fist. And although he did not expressly say he was a member of the black militant Muslim Nation of Islam, he had liked pages relating to the deceased founder, Elijah Mohammed. He also liked several militant and black separatist groups such as The New Black Panther Party and the African American Defense League.

As reported by Breitbart News in August of 2015, Nation of Islam leader Louis Farrakhan told the many gathered in Miami at Mt. Zion Baptist Church, that he was looking for “10,000 fearless men” to “rise up and kill those who kill us; stalk them and kill them and let them feel the pain of death that we are feeling!” His speech, captured on video (video is in the article), shows him telling those there:

“I’m looking for 10,000 in the midst of a million. Ten thousand fearless men who say death is sweeter than continued life under tyranny. Death is sweeter than continuing to live and bury our children while the white folks give our killers hamburgers. Death is sweeter than watching us slaughter each other to the joy of a 400-year-old enemy. Death is sweeter. The Quran teaches persecution is worse than slaughter. Then it says retaliation is prescribed in matters of the slain. Retaliation is a prescription from God to calm the breasts of those whose children have been slain. So if the federal government won’t intercede in our affairs, then we must rise up and kill those who kill us; stalk them and kill them and let them feel the pain of death that we are feeling!”

Al Sharpton has characterized law enforcement officers in this country as racist and evil, as reported by Breitbart News in December 2014. He helped lead the false narratives of “Hands Up, Don’t Shoot” and “I Can’t Breathe” after Michael Brown and Eric Garner were shot and killed by police officers. Sharpton was blamed after the two New York Police Department officers were ambushed and assassinated on December 20, 2014 as they sat in their squad car. Breitbart News reported that one week earlier on December 13, Sharpton and his National Action Network organized a protest of families of blacks killed by police. The protest was in New York and protesters chanted–“What do we want? Dead cops!”

Breitbart News reported in August that a hacked Soros memo revealed that George Soros’s Open Society Institute looked at the 2015 Baltimore unrest after the death of Freddie Gray as creating a “‘unique opportunity’ to create ‘accountability’ for the Baltimore police while aiding activists in reforming the city.” The memo showed that his organization approved $650,000 to “invest in technical assistance and support for the groups at the core of the burgeoning #BlackLivesMatter movement.”

As also reported by Breitbart Texas, Micah X. Johnson, the killer of the five Dallas police officers, was a member of the Houston New Black Panther Party. He was a member for about six months a few years ago. Breitbart Texas was present at an armed march carried out by the Houston New Black Panther Party in August 2015 at the Waller County, Texas, jail where Sandra Bland committed suicide. Members of the armed New Black Panther Party stood across from a line of Harris County Sheriff Mounted Patrol deputies and chanted–“We will start creeping up on you in the darkness.” They also yelled “Off the pigs,” and “Oink oink, bang bang.”

Although it is presently unknown whether there is a correlation between these events, Harris County Deputy Darren Goforth was executed just 31 miles from the Waller County jail less than two weeks later. One of the members holding an AR-15 style rifle appears to be Micah Xavier Johnson.

A lawsuit that is similar to the one filed by Mr. Zamarripa, reported by Breitbart Texas in mid-September, was filed by the president of the Dallas Fallen Officer Foundation, Dallas Police Department Sergeant Demetrick Pennie. Named as defendants in that lawsuit are: George Soros; President Barack Obama; former U.S. Attorney General Eric Holder; Democrat presidential nominee Hillary Clinton; as well as Farrakhan, Sharpton and the National Action Network; Malik Zulu Shabazz and the New Black Panthers, and leaders in the Black Lives Matter movement. The lawsuit charges that these individuals incited racial violence against police officers.

The lawsuit by Mr. Zamarripa does not name the Next Generation Action Network or those that helped organize the July 7 Black Lives Matter protest in Dallas as defendants, reported the Fort Worth paper.