The eight horses were found on a property in the Acres Home area of Houston, members of the Houston Humane Society told a Houston newspaper. The horses were ridden with parasites and appeared to have been starved by their owners. 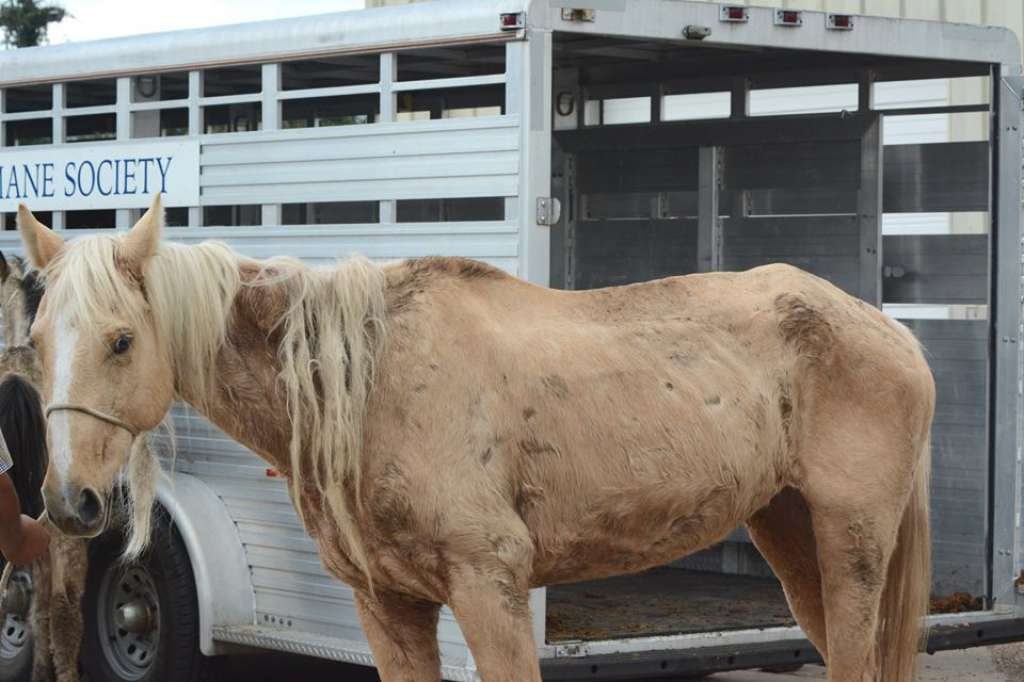 The photos provided by the Human Society tell the story of a long period of animal abuse and neglect. The ragged coats of the sad animals cling tightly to their exposed ribs. The wounds of parasites are obvious from a distance.

The horses were stored in a small area with “ankle-deep muck and manure,” the local newspaper reported. The eight horses, ranging in age from three to twenty, were placed in trailers and taken to the Houston Humane Society’s Animal Wellness Clinic. Officials said the area is “not a farm” and they were not sure why so many horses were on the lot. 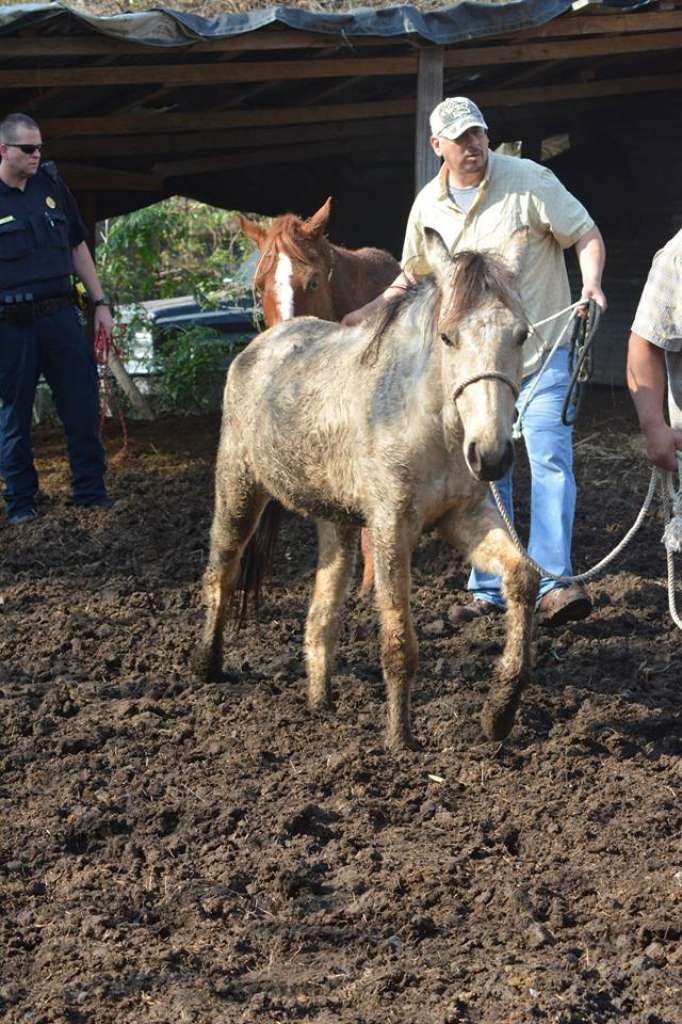 Houston police officers and deputies from the Harris County Precinct 5 Constable’s Office assisted the Humane Society officials in the seizure of the emaciated horses.

Officials received an anonymous tip about the horses. Observation of the horses revealed untreated wounds and obvious signs of rain rot on their coats, Humane Society officials stated in a press release. 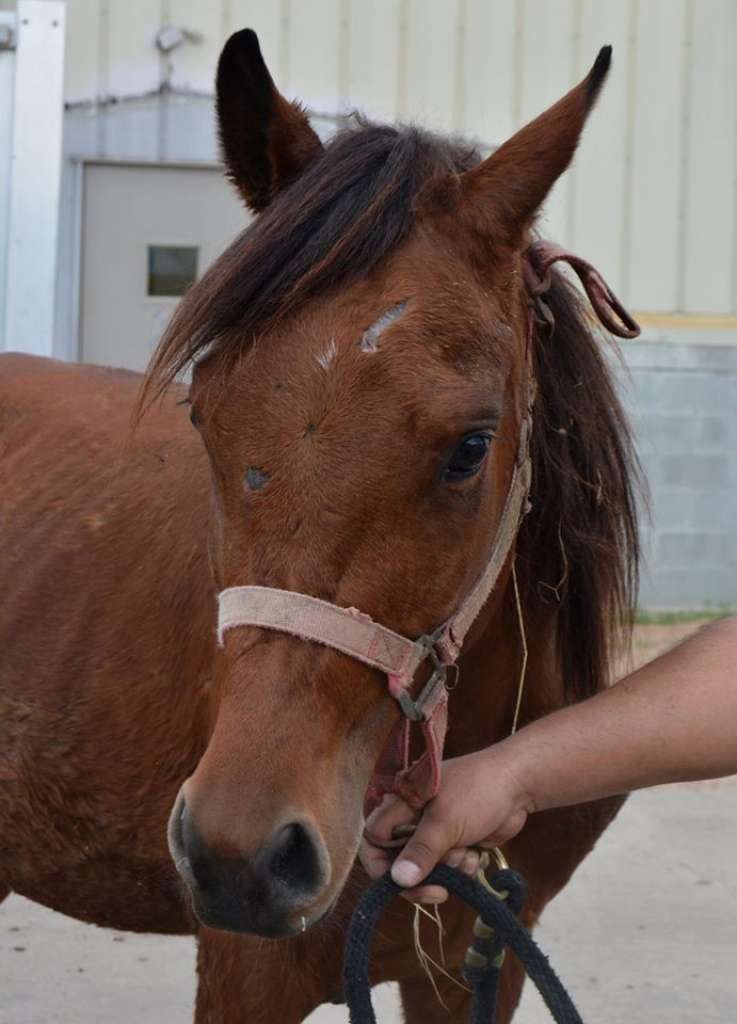 Spokesperson Monica Schmidt called the environment where the horses were kept “deplorable,” the newspaper reported. “I think what makes it a little worse is the fact that usually we’re dealing with one or two horses, but when you’re dealing with eight that’s eight times the abuse and neglect,” she told the reporter.

Schmidt said it was one of the most severe cases of cruelty to horses her organization has seen in Houston. “And definitely there’s a lot of long-term neglect going on here,” she said.

No charges have been filed in the case. Schmidt told the reporter prosecution does not usually begin until after a civil lawsuit is filed. The “caretakers” of the horses will be given an opportunity to present their side of the story in a Harris County court on January 3.

Schmidt said she expects all eight of the horses to recover from their mistreatment. Two of the younger horses are reported to be small for their age. She said this could lead to their growth being permanently stunted. 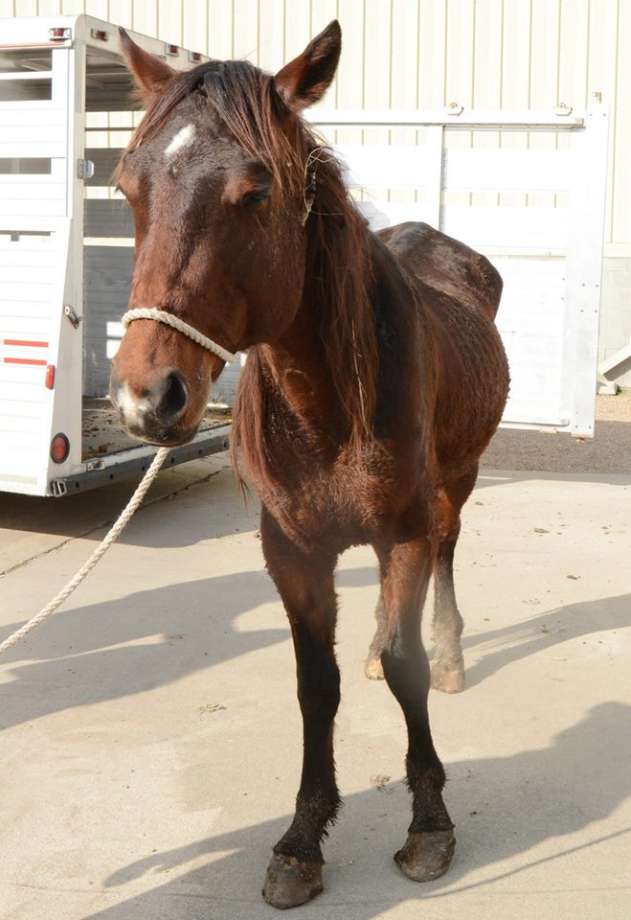 The Humane Society has seen an uptick in reports of cruelty to horses in the area after they launched “Monty’s Task Force” to combat the abuse of horses in the Acres Homes area.

“I think people are fed up,” Schmidt concluded, “of driving down the street and seeing emaciated horses along the side of the road or of seeing a horse that died of starvation being dragged down the road for heavy trash pick-up.”

In July 2015, Humane Society officials seized 200 horses that were left starving near Conroe, Texas, Breitbart Texas reported. The seizure of the horses led to the arrest of Herman and Kathleen Hoffman on three charges of misdemeanor animal cruelty.