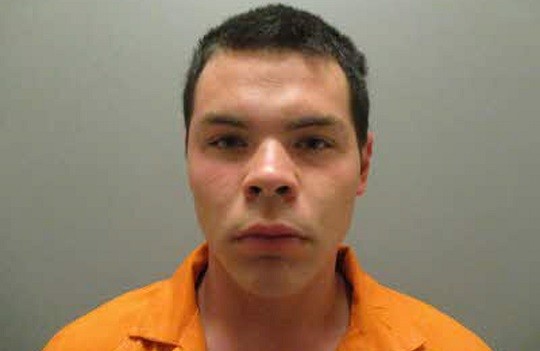 Only one of the 14 church bus passengers survived the head-on collision with Jack Dillon Young’s truck. As reported by Breitbart Texas shortly after the accident, 14 members of the First Baptist Church of New Braunfels, Texas, were returning home from the Garner State Park area in Uvalde County, west of San Antonio on March 29. The church bus apparently collided with Young’s white pickup truck at about 12:30 p.m.

The bus and the truck both sustained heavy damage to the front drivers-side, indicating a head-on collision. The rear of the bus landed on a guardrail.

Church officials confirmed that the senior congregants traveling in the bus were returning home from a three-day retreat at the Alto Frio Baptist Encampment located in Leakey, roughly nine miles from the tragic accident.

A video of the swerving pickup truck taken by a concerned citizen moments before the horrific crash surfaced after the collision, Breitbart Texas reported. Jody Kuchler, 55, recorded the video as he called the police to report the hazardous driving. The Express-News released the video showing the white Dodge pickup truck repeatedly crossing the center line and the right shoulder marker. Kuchler recorded for approximately 20 minutes while attempting to get the police to respond, the Daily Mail reported.

KSAT ABC12 in San Antonio obtained the audio of Kuchler’s calls to police. “‘He’s going to hit somebody head on or he’s going to kill his own damn self. Somebody needs to get this guy off the road,” Kuchler told Real County sheriff’s office dispatchers. “He’s going like 80 miles an hour right now.” The dispatcher told the caller they were unable to respond as the driver was still in Uvalde County. Real County dispatchers contacted neighboring Uvalde County, and the Uvalde County Sheriff’s Office dispatched officers to the scene. The crash occurred before they could arrive.

Kuchler told reporters he recorded up to the moment of the collision with the church bus. He said Young told him, “I’m sorry, I’m sorry. I was texting.” Kuchler said he responded, “Son, do you know what you just did?” to which Young responded, “I’m sorry. I’m sorry.”

The Express-News later reported that a sworn statement made by a state trooper said that there was probable cause that Young was intoxicated because Young reported after the crash that he had consumed two Clonazepam pills which Young admitted make him sleepy. Young had also taken the generic forms of the prescription drugs Ambien and Lexapro. The affidavit said two intact marijuana cigarettes and five partially smoked joints were also found in the console of Young’s truck.

“My hope is he doesn’t make bond,” Kindred told reporters. “I think it’s an issue of public safety. You have to consider the gravity of the situation.”