A former Mexican governor and a ranking state judge are the latest politicians outed by the U.S. Department of Treasury for for allegedly accepting bribes. One of the named cartels is violent to the point that some U.S. officials are considering labeling the group a foreign terrorist organization. 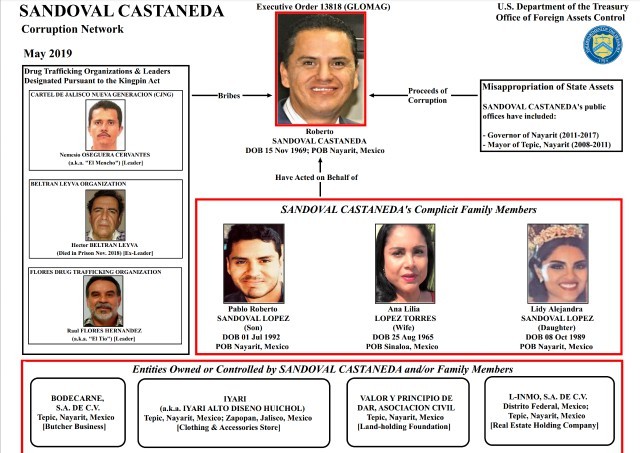 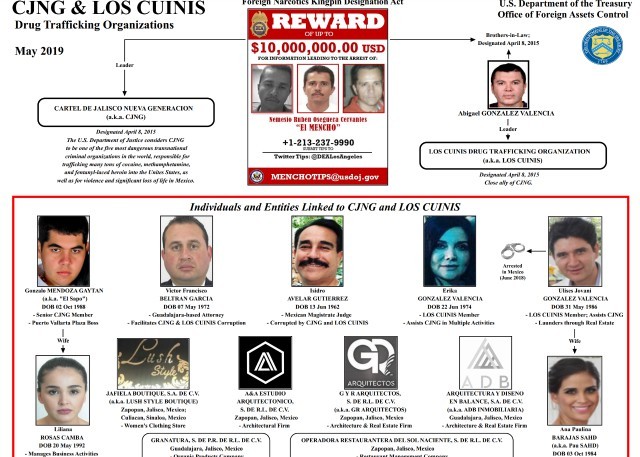 The blacklisting of the two officials, other alleged cartel associates, and several companies will freeze assets and forbid any domestic party from commercial engagement.

The CJNG under the leadership of Nemesio “El Mencho” Oseguera Cervantes has become one of the dominant cartels in Mexico–known for its extreme violence and improvised explosive devices. The cartel also recruited Colombian terrorists and has shot down military helicopters. Most recently, two U.S. congressmen called for CJNG, the Cartel Del Noreste faction of Los Zetas, and the Los Metros faction of the Gulf Cartel to be designated as foreign terrorist organizations.