A group of cartel gunmen left twelve bodies in the bed of a pickup truck in the Mexican state of Michoacán. The mass murder comes at a time when two of Mexico’s most violent drug cartels waged a fierce turf war for control of drug production and smuggling routes in the western part of the country. 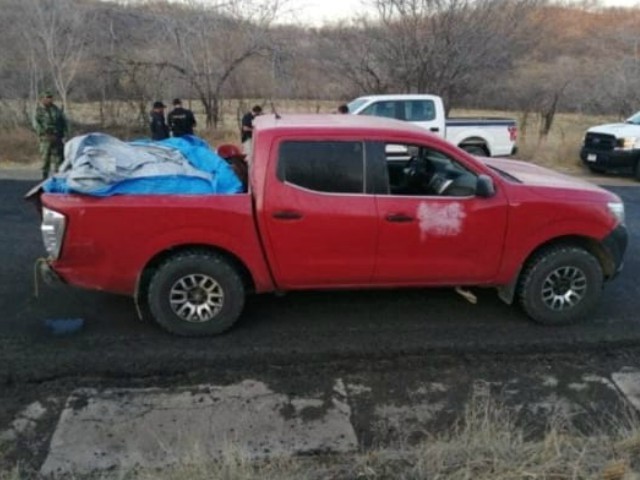 Local and federal authorities responded to an abandoned vehicle along the highway that connects the town of Huetamo with Ciudad Altamirano on the morning of May 16. According to information provided to Breitbart Texas by law enforcement sources, the red pickup was dripping blood. Officials said the truck had been previously reported stolen from the neighboring state of Guerrero.

The pickup had a large blue tarp covering the bed area. Under that blue tarp, authorities found twelve bodies. All the victims were shot several times, pointing to a likely escalation of the ongoing drug violence in the region. State officials responded to the scene to document the crime and collect the bodies. 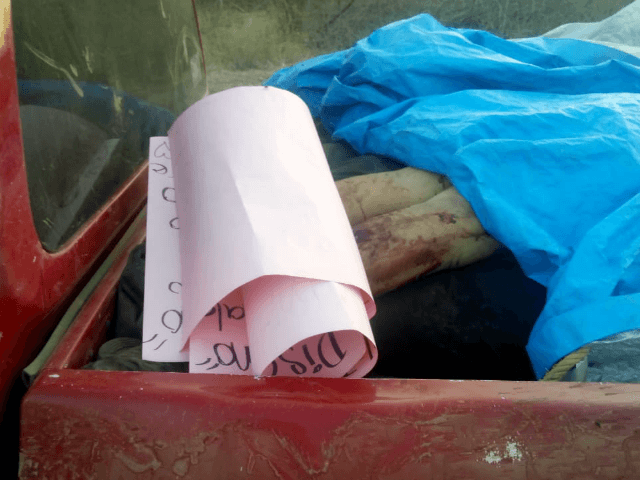 As Breitbart Texas reported, the western state of Michoacán continues to see an alarming rate of violence as Mexico’s Cartel Jalisco Nueva Generacion (CJNG) makes a regional power grab. Factions of Los Viagras – Familia Michoacana and other smaller cells calling themselves Carteles Unidos have been fighting back, leading to a series of large-scale gun battles. The violence has been heightened by a series of graphic executions and dismemberments that cartel members videotape and share on social media in an attempt to spread terror among their rivals.

Editor’s Note: Breitbart Texas traveled to the Mexican States of Tamaulipas, Coahuila, Nuevo León, and other areas to recruit citizen journalists willing to risk their lives and expose the cartels silencing their communities. Breitbart Texas’ Cartel Chronicles are published in both English and in their original Spanish. This article was written by Jose Luis Lara, a former leading member who helped start the Self-Defense Movement in Michoacán. J.C. Sanchez contributed to this report.