The massive flow of migrants crossing the Rio Grande into the Del Rio Sector is shattering last year’s record pace, according to the sector chief. Apprehensions in some stations are up more than 215 percent over the record set in 2021.

Del Rio Sector Chief Patrol Agent Jason D. Owens tweeted a shocking report that stations in his sector are experiencing an increase in apprehensions of 215 percent — some as high as 350 percent. The increases catapulted the sector into first place over the Rio Grande Valley Sector.

Del Rio Sector stations are seeing a more than 215% increase in apprehensions over the same period last year. Some stations are 350% higher! Last year was a record setting year and we are currently far outpacing 2021’s numbers. pic.twitter.com/fxLOaUV3Rv 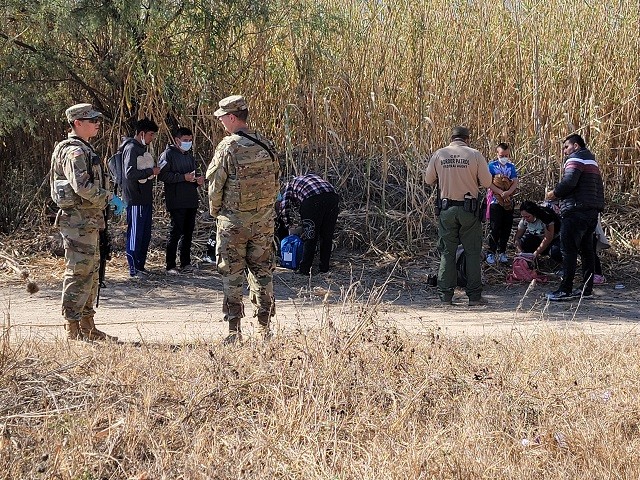 During the first three months of Fiscal Year 22, which began on October 1, 2021, Del Rio Sector agents apprehended more than 91,000 migrants who illegally crossed the Mexican border into Texas between ports of entry, according to the Southwest Land Border Encounters report for December. This marks an increase of more than 247 percent over the same period last year when agents apprehended only 26,000 migrants.

Del Rio took the lead in January as the busiest of the nine southwest border sectors. Agents apprehended an estimated 31,000 migrants during January, according to a source operating under the umbrella of U.S. Customs and Border Protection. This was down slightly from January when Del Rio agents apprehended about 33,000 migrants.

Randy Clark contributed to this report.