President Donald Trump celebrated his presidency’s pro-American migration reforms in a border speech on Tuesday — just after a vice-president at one of Mark Zuckerberg’s advocacy groups described his policies as “evil.”

“We took on the cartels, the coyotes, and the special interests, and we restored the rule of law,” Trump declared in a subdued speech Alamo, Texas. He continued:

For years, politicians ran for office promising to secure the border, only to get elected and to do the absolute exact opposite.  …. they promised a wall but they couldn’t get it built.

But unlike those who came before me, I kept my promises.  And today we celebrate an extraordinary milestone: the completion of the promised 450 miles of border wall.  Four hundred and fifty miles.

“We shouldn’t roll our eyes at just another border trip,” said a prior tweet for Alida Garcia, the vice president of advocacy for Zuckerberg’s FWD.us group. “This is pure evil … he will continue to wage war against [foreign] people suffering because our country is breaking the law,” she claimed in a series of tweets before Trump’s speech.

Just remember, everyday these policies stay in place, Donald Trump is lining the pockets of the cartels at the border who are kidnapping children, torturing mothers, and fathers, and extorting Americans. The good news is we are 10 days away from a new day with possibilities. 14/

Zuckerberg created the FWD.us group in 2013 to pass the “Gang of Eight” amnesty that would have transferred even more wealth from wage earners to investors. The group’s founding members and donors include many wealthy investors, such as Eric Schmidt, the former chief of Google, and Greg Penner, the chairman of Walmart.

The group helped derail Trump’s immigration agenda by working with lobbyists and by harnessing the establishment media to protect and promote cheap-labor migration policies. Those policies boost stock prices by keeping the U.S. labor market flooded with cheap and compliant white-collar and blue-collar foreign workers. Garcia’s message was amplified by Zuckerberg’s group.

Overall, after two years of dithering, Trump largely won the fight on blue-collar migration in 2020 and so helped raise wages for ordinary Americans — white, black, and Latino.

But he failed to reshape the white collar migration that is most important to Zuckerberg and his fellow investors who gain enormous stock-market values by cutting Americans’ wages.

Trump used his border speech to celebrate his accomplishments, including a seven percent jump in median household income as Trump protected Americans’ very popular right to a national labor market:

Through the landmark reforms we’ve put into place, we have ended the immigration chaos and reestablished American sovereignty.  Our most important reform was ending catch and release — not easy to do; you’re dealing with Congress; it’s very, very difficult — which is the functional equivalent of open borders, but even worse: It’s catch and release them.  It means release into our country, not into another country …  Now, instead of “catch and release,” we have “detain and remove.”  It’s called “detain and remove.”  Doesn’t that sound better?

One of the biggest loopholes we closed was asylum fraud.  Under the old, broken system, if you merely requested asylum, you were released into the country.  The most ridiculous thing anyone has ever seen.  And we were taking in some people that you didn’t want to have in your country.

We instituted a series of historic policy changes to shut down asylum fraud, and that’s what we did.  This includes the groundbreaking agreement with Mexico known as the “Migrant Protection Protocols,” or MPP.  Under this agreement, if an illegal alien requests asylum, they have to wait in Mexico until their case is heard.  They used to wait here.  And when they were waiting, they would say “bye-bye,” and they’d disappear somewhere into our country, and essentially we’d never find them again, would never see them again.

We implemented three historic agreements with the Northern Triangle; that’s Guatemala, Honduras, and El Salvador.  Under these critical asylum cooperation agreements, the burden of illegal immigration is now shared all across the region.  Now, when an illegal immigrant is arrested at our border, they can be sent to a neighboring country instead of into a U.S. community. Prior to my getting here, countries wouldn’t accept them.  They would say, “No, no, no.”  I said, “Well, you got to take them.”  First month — I’ll never forget — these gentlemen, right here, came to me.  They said, “They won’t take them back.”

We inherited a dangerously lawless border.  The people that work here are unbelievably brave.  I’ve seen what they have to endure, what they have to go through.  They’re tough, they’re strong, and they’re great patriots, great Americans. We fixed it and we secured it.  We empowered our wonderful ICE and Border Patrol to fulfill their oaths and sworn officers.

No matter our party, we should all agree on the need to protect our workers, our families, and our citizens of all backgrounds, no matter who they are.  In particular, if our border security measures are reversed, it will trigger a tidal wave of illegal immigration — a wave like you’ve never seen before.  And I can tell you that, already, waves are starting to come up from 2,000 and 1,000 and 500 miles away.  We see what’s coming.

Trump refuted his opponents’ message that his policy of protecting the wages and homes of all Americans is somehow racist:

And I’ll tell you who else gets it: The Hispanic population of our country gets it.  Because not only did I win Texas in historic numbers, but I won border towns, which are largely Hispanic, and people were amazed to see that … [Hispanics] understand it better than anybody, and they want law enforcement to help them — help them live safe lives.

Garcia’s anti-enforcement invective was echoed by California Democrat, Alex Padilla, who will replace Sen. Kamala Harris once she is sworn in as Vice President:

In four years full of cruel, incomprehensible, and inhumane policies, the Trump Administration's family separation rule tops the list as the most barbaric. (1/4)

“Trump’s trip to the border only serves to drive home the point that there is no daylight between his attacks on immigrants and his attacks on democracy,” insisted Aaron Reichlin-Melnick, at the Zuckerberg-funded American Immigration Council, which is a spin-off of the immigration lawyers’ trade group. He continued;

From 2018 to 2020, the Department of Homeland Security threw up roadblock after roadblock to stop people from seeking asylum, regardless of the consequences. If one policy was blocked in court, they just came up with another one. No act of bureaucratic cruelty was too small for his administration, nor legal argument too weak to make.

If we truly want to defeat Trumpism, as a nation we must embrace a more humane approach toward those who are different from us, one that respects the law and our obligations to the most vulnerable. The Biden administration can start by restoring humanitarian protection, and finally moving away from the deterrence-based mindsets of the past decades and create a truly welcoming process at the border.

The vast majority of Americans — including Democrats — want cheap-labor migration stopped so Americans can first compete for the jobs, wages, and economic security in a national labor market that is their birthright.

But the nation’s economic elite — and their subordinate progressive allies — favor immigration as it transfers wealth from wage earners to stockholders.

Migration moves money from employees to employers, from families to investors, from young to old, from children to their parents, from homebuyers to real estate investors, and from the central states to the coastal states. 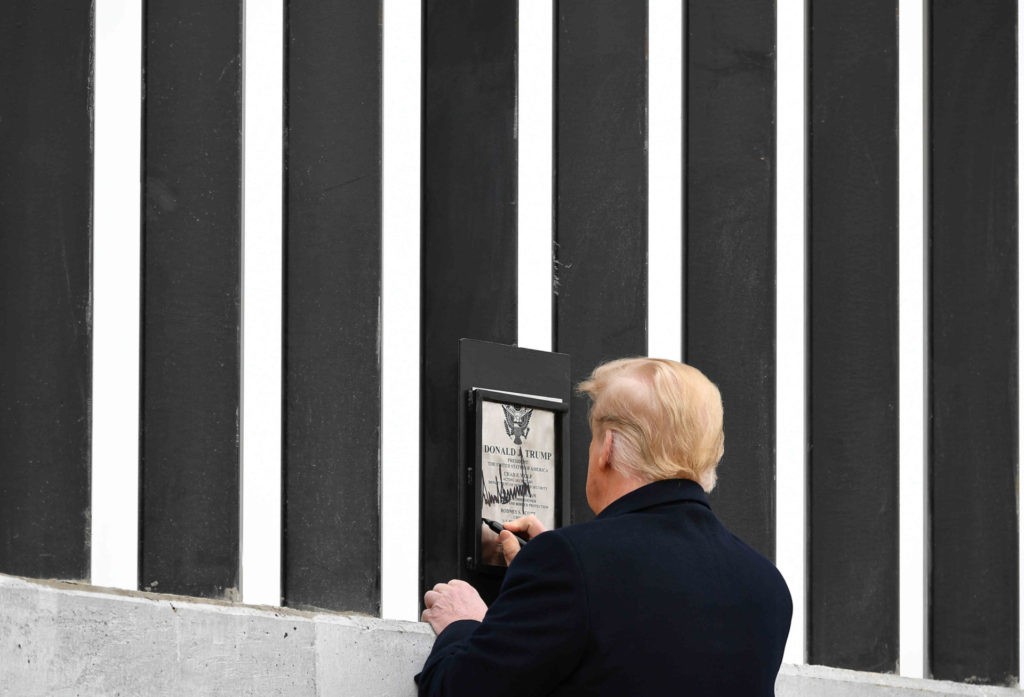