Veteran rocker David Crosby said the mass shooting in Parkland, Florida, has sparked a new activism that can lead to Democrats taking back majorities in Congress and the impeachment of President Donald Trump.

“I am feeling more optimistic and it’s because of those kids. Those kids are convinced they can make a difference and they’re going to,” Crosby said in an interview with Variety of the students campaigning for more gun control after Nikalos Cruz killed 17 people at Marjory Stoneman Douglas High School with a legally purchased AR-15 rifle.

“They’re standing up for the truth and they’re holding politicians accountable in spite of the fact that what the NRA has paid politicians is crazy,” the Crosby, Still, Nash, and Young co-founder said. “What is it, $33 million they put into their pockets this year? Their Congress is bought and these kids are not going to stand for that. They are going to raise hell and I am going to help them.”

Asked what next, the Rock in Roll Hall of Famer said, “The next step is impeaching the president. I think you’d see fighting in the streets, but it may come down to that. There are a lot of kids who are convinced it would be a really great country if we took the entire west coast and moved to Canada.” 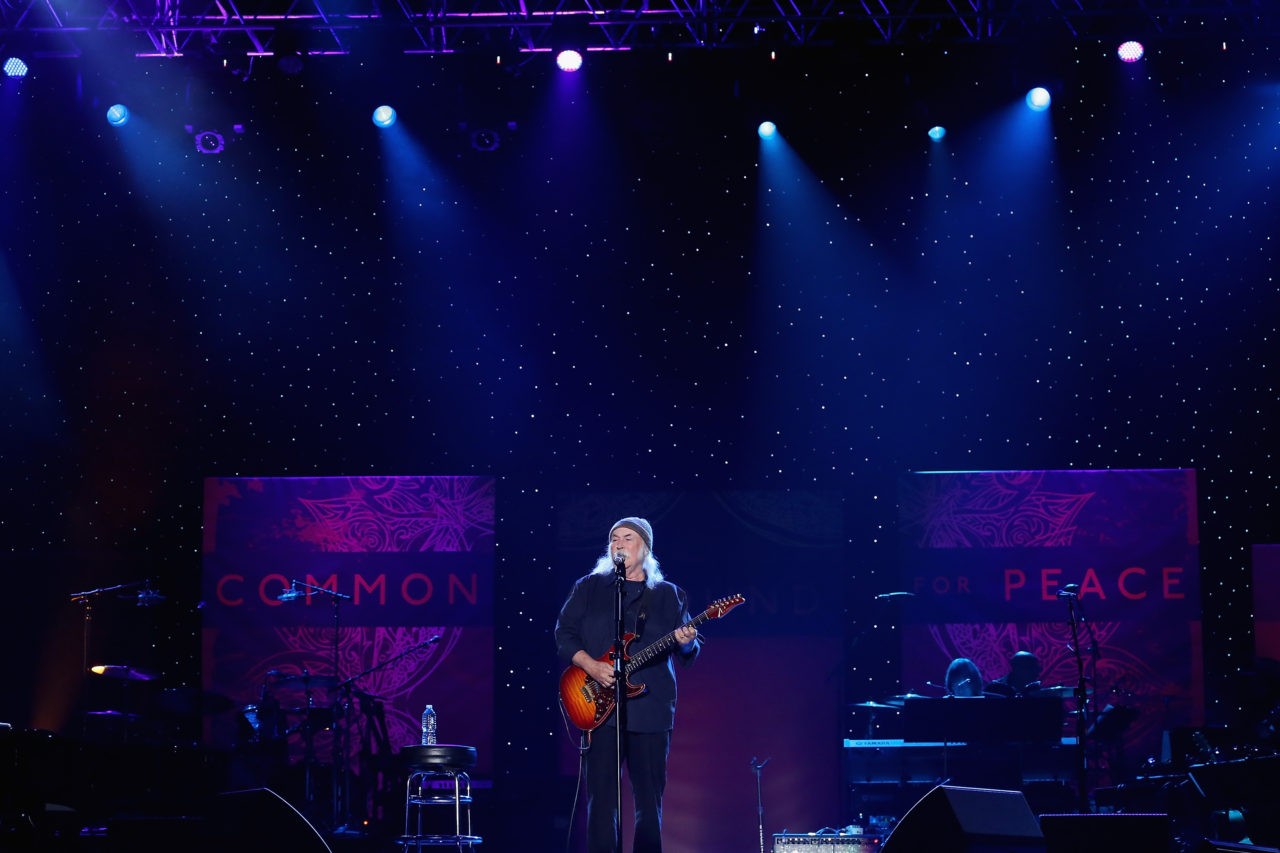 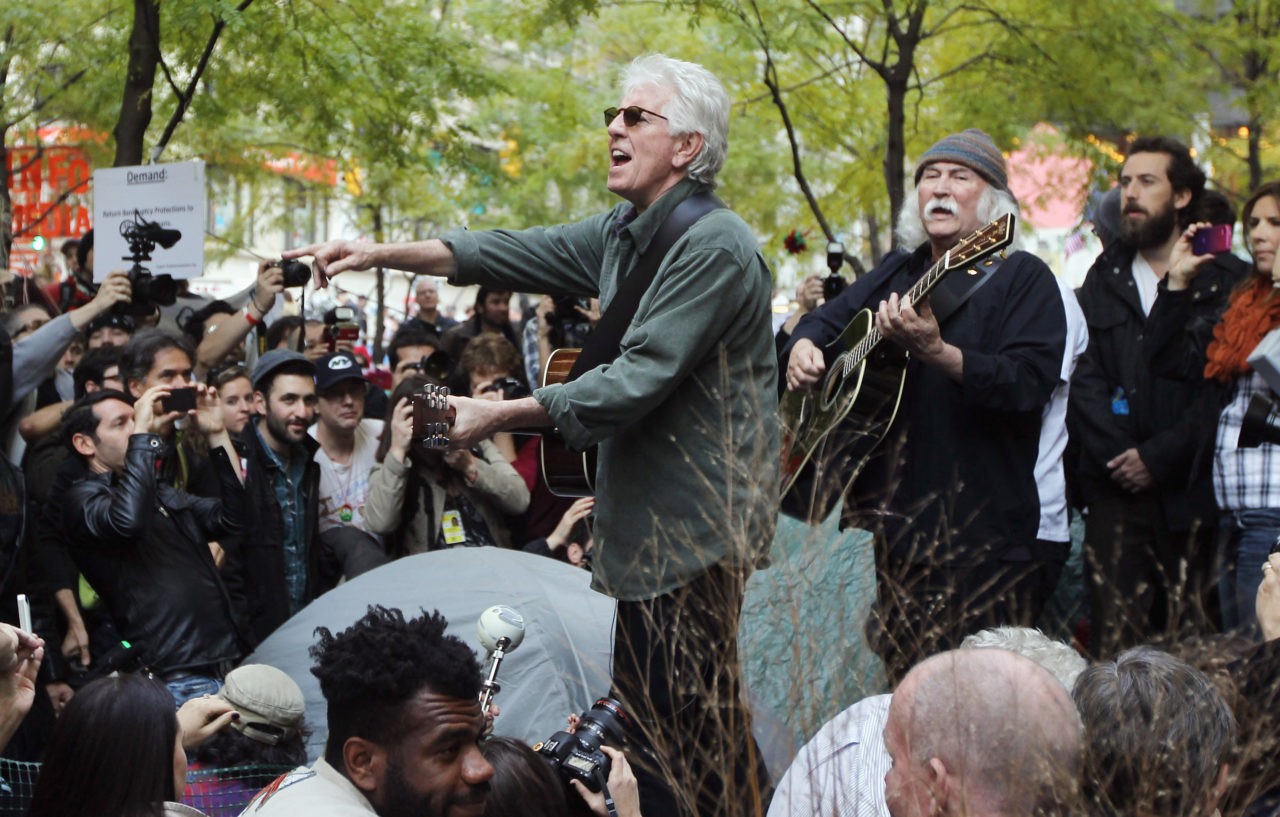 Musicians Graham Nash (L) and David Crosby (R) play an acoustic set for members of Occupy Wall Street in Zuccotti Park on November 8, 2011 in New York City. Nash and Crosby are members of the rock band Crosby, Stills and Nash who were famously involved in the 1960’’s protest movement. (Mario Tama/Getty Images)

Crosby tore into Trump, who he called a “horror show,” and said people need to realize that the president didn’t give them the representative government they were hoping for when he announced his candidacy.

“That’s how we wound up in the situation we’re in. Congress wasn’t representing anybody. Everybody wanted to toss a grenade, change things, then they tossed the wrong grenade. This guy who’s the president now is a horror show. He’s a badly behaved child,” Crosby said of President Trump.

“I think the idea of democracy is the most powerful one; in terms of ways for people to live together. I believe representative democracy is the best idea we ever had for government, but I don’t think we have one right now. We have a corporate-ocracy, it doesn’t represent the people of the United States of America and that disturbs the hell out of me,” he added. “So yes, I do shoot my mouth off. I’ve got a lot of [followers] on Twitter and a couple of million on Facebook and I like talking to people. But I’m not afraid to say what I think.”

Crosby lamented what he said was the pause in societal progress made after the election Barack Obama, saying that Trump has, instead, has made things much worse.

“That’s due to this president being an absolute scab of a human being. He has encouraged gay haters and racists in this country to think it’s okay. That’s a really nightmarish thing to have happen,” Crosby said. “We thought we were making progress in this country. We thought, ‘Wow, look at this wonderful guy, Barack Obama, who is now our president. He’s a black guy, really intelligent and a class act. We love him and we think it’s going forward.’ [Then] we get this buffoon of a president who thinks women are just pussies to be grabbed.”

“A disgusting human being,” Crosby said of Trump. “It is discouraging. We really did think we were making progress. We will again when we get rid of this bunch. We have to fix congress. We have to beat them in the next election and take Congress back, and then we can start fixing America.”