Contributions by migrants to Britain’s economy are “modest” compared to their long term costs, while mass migration depresses wages and harms GDP growth, a respected academic has found.

Published by the Institute for the Study of Civil Society (Civitas), the new pamphlet The Costs And Benefits Of Large-Scale Immigration is a major study of the modern mass migration phenomenon.

Written by King’s College Cambridge fellow and Emeritus Professor of Economics Robert Rowthorn, the report finds serious discrepancies between the claims made by left-wing, and “centrist” establishment politicians and the reality of mass migration.

While mass migration will drive almost all population growth in the next 75 years, the growth will not deliver any improvement of living conditions or economic growth, says Prof. Rowthorn. As Britain’s population swells by a remarkable 30 million by 2080, GDP per capita — the measure of wealth enjoyed by individuals — will only enjoy marginal growth as wages stagnate.

This wage stagnation, or even a real-terms decrease in earnings, will be felt primarily by working class Britons as oversupply of labour from new migrants pushes down wages. The report also put paid to the myth that migrants were important to an economy, by paying for the pensions of retired British.

The opposite is true, finds Prof. Rowthorn. In the case of the so-called ‘dependency rate’ — the number of pensioners to every 100 working age people — not only did the already high figure not improve, the amount of migration required to keep the level stable continues to spiral as time goes on. In fact for every one percent reduction in the ratio achieved, Britain would have to import some 5.3 million new people.

Any progress is eventually lost as working-age migrants get older, retire, and do not return home — requiring a whole new generation of migrants coming to Britain to care for them in turn.

On this phenomenon, Prof. Rowthorn writes: “Many people would consider it better to settle for much less immigration and much slower population growth at the cost of slightly faster ageing”.

Far better, he suggests, is to raise the retirement age slightly instead, and spare Britain tens of millions of migrants and descendents of migrants over the coming decades. 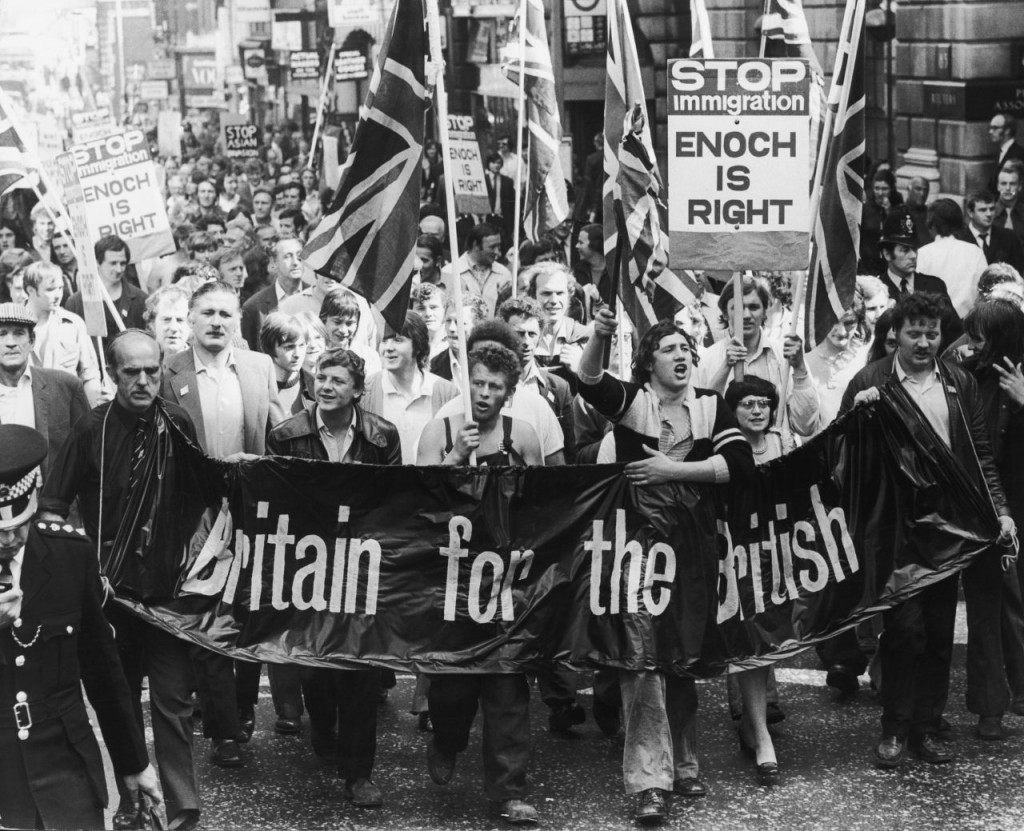 Smithfield meat porters march on the Home Office, bearing a petition which calls for an end to all immigration into Britain, 25th August 1972. (Photo by Keystone/Hulton Archive/Getty Images)

The report has been received warmly by some. Responding to the remarkable findings, Lord Green of Deddington, Chairman of the independent Migration Watch UK think tank said:

“This landmark report is the nail in the coffin for claims that mass immigration is good for Britain. It shows the impact on jobs and pay as well as the massive impact of population growth on schools, hospitals and housing.

“Immigration is currently the greatest concern for the British public yet campaigners continue to parrot selective and misleading arguments about its supposed benefits. In reality, it is nigh on impossible to find any reasons for growing our population by 20 million over the next 50 years.”

Civitas director Dr. David Green went beyond the evidence put forward by Prof. Rowthorn about the weak arguments for mass migration, and said it was also a selfish policy for first world nations to pursue.

He said: “Rich countries are enriching themselves at the expense of poorer countries. The attitude seems to be: let poor countries go to the expense of educating their young people and then invite them here to exploit their skills. Poor countries can’t afford to lose their best educated and motivated young.

“Some say that immigrants take dirty or hard jobs that locals will not do. But in other countries with low immigration such jobs are filled. They simply pay more for dirty and arduous jobs. So it should be. The end result of the current policy will be an underclass of foreign workers doing unpopular jobs. Instead we should aim for a high-wage economy in which everyone can earn a fair living”.