An independent Islamic school in southern England has excluded a student for talking to a student of the opposite sex just weeks after receiving an ‘outstanding’ grading from Ofsted.

The school said the pupil’s behaviour was in violation of its “Islamic ethos”. The pupil’s identity and gender have not been revealed for legal reasons.

Al-Khair secondary school in Croydon, which charges annual fees of £4,900, holds a strict behaviour policy which prohibits all interaction “through any medium [eg: verbal, email, messaging, etc]” between male and female students who are considered “non-mahrams” (not close relatives), the Sunday Times has reported.

Another section of the school’s policy lists “free mixing” alongside “drug dealing, stealing, extortion, racism and arson” as offences which carry a potential penalty of exclusion.

Al-Khair describes itself on its website as a “unique Islamic school which provides an exceptional standard of education . . . to produce well-balanced, confident and articulate individuals who will take the initiative to better their communities and surroundings”. 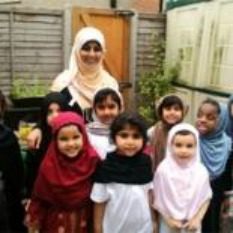 Yet despite being required to ensure that schools are promoting British values, inspectors failed to address the free mixing policy, instead praising staff for “effectively model[ing] the values they believe in, [while] any inequalities or prejudice are not tolerated.”

The child’s parent has described the policy as “nonsense”, and has criticised the school for failing to adequately prepare students for life after school. “How are these kids going to integrate in the wider shape of society when they have to work in the same places that [people of the opposite sex] are working?

“To me, as a Muslim parent, if my daughter or son goes to a Muslim school and she or he speaks in good manner to any boy or girl, regardless of what background, it doesn’t matter, because I believe this is not against my religion. What is this nonsense policy? I cannot understand it.”

The school has defended itself via its public relations consultant Mark Thomas, a former editor of The People newspaper.

The school’s policy is clearly published and parents send their children [to the school] in the full knowledge of the code, which only prohibits communication not conducive to the educational environment we promote,” he said.

“The Ofsted report published only weeks ago graded us as ‘good’ overall and praised the school as ‘outstanding’ for personal development, behaviour and welfare for pupils. The policy was discussed with Ofsted inspectors, who had no issue with it.”

A spokesman for Ofsted said: “All independent schools are now expected to teach fundamental British values and make sure they are preparing their pupils for life in modern Britain.”

But government sources have made it clear that they aren’t happy with Ofsted’s decision.

A spokesman for the Department for Education said: “We are clear that gender segregation of this type has no place in our schools and that boys and girls must be allowed to communicate.

“The secretary of state has asked Ofsted to urgently investigate this incident. If the school has breached its duties under the Equality Act or the independent school standards, we will not hesitate to take immediate action.”

Both Ofsted and the Department for Education have come under repeated criticism for their enforcement of the duty for schools to promote British values. Last year Durham Free School was ordered to close by Education Secretary Nicky Morgan, against the wishes of parents, teachers and pupils, after Ofsted branded pupils at the school bigots for not knowing what a Muslim is. Other young children at the Christian faith school were asked whether they knew what a lesbian is.

More recently Ofsted has expressed a desire to regulate church groups, Sunday schools and choirs to ensure they conform to so-called British values.