A Swedish economist, researcher, and business professor has calculated the total cost of the migrant crisis for 2015 for Sweden, and has reached a “conservative” lifetime estimate of around 600 billion Swedish Kronor (£48.3 billion).

Stockholm University associate professor Jan Tullberg has looked beyond the immediate costs of merely receiving migrants and their initial impact — extra policing, higher social benefits — and claims to have found the true cost of just one year’s migration. Taking the claims of the Swedish government at face value has calculated what these ‘new Swedes’ will cost the state from now until they leave the country or die, which ever comes first. 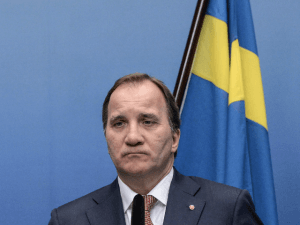 Using best case scenario figures to generate what he calls a “conservative” estimate, he believes the 2015 intake will eventually cost the Swedish taxpayer kr 583,000,000,000 — or 583 billion. Swedish new-media news service Friatider (Free Times) reports a summarised version of the maths used to reach this figure, starting with the number of migrants who arrived in 2015.

Accepting the government’s claim that 60,000 of the 163,000 asylum claimants who arrived last year will be rejected and deported, Dr. Tullberg bases his initial calculations therefore on 103,000 new benefit claimants — or taxpayers — to assess the likely number of family reunifications. Sweden, like many other European countries observes the EU mandated human right to family life, allowing migrants granted residence to apply then to have the government bring over their families.

Because this right is often more rigorously enforced for unaccompanied minors, this allows one young man in his late teens to fight his way to northern Europe then exercise his rights to have his family flown over to catch up with him, all of whom then receive residency. Dr. Tullberg predicts with the new Swedish rules presently being worked on to tighten up this loophole — although he notes it has been deliberately worded to continue to allow almost all migrants to claim — will bring the total immigrants in the equation to 200,000.

The first cost Dr. Tullberg calculates therefore is the processing costs at the Migration Bureau, which shuffles paperwork, houses, feeds, and gives pocket money to each new arrival for an average of 414 days before they are signed off and legally permitted to start looking for work. However as Dr. Tullberg notes according to past experience it can take an average of eight years before migrants find any job,a nd many never find work at all and so stay on these benefits, at kr 150,000 (£12,500) a year.

The “establishment costs” therefore for 200,000 people Dr. Tullberg surmises could in his best-case estimate be around kr 240 billion (£20 billion). 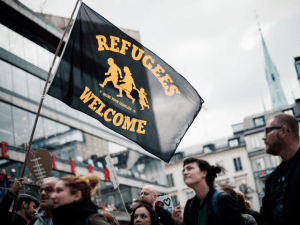 Although the anti-migration Sweden Democrats party is riding high in the polls, many Swedes continue to support mass migration / Getty

Next comes the additional expense for so-called unaccompanied minors — under-18’s who have arrived in Sweden without their parents or family — which are so inflated Dr. Tullberg remarks “the costs for this group is almost bizarre”. He says these young arrivals are given “a government allowance of 1,900 kronor per person per day just for food and lodging. I put the cost at kr 800,000 per person per year”.

Deducting the kr 150,000 establishment cost, and multiplying the figure by both the approximately 28,000 under-aged arrivals last year and the average three years they will spend in this care, Dr. Tullberg finds an additional cost of another 55 billion kronor (£4.5 billion).

Although to this point the calculations have dealt with the costs of the immigrants given asylum status, those forced to leave still cost the state. Although the legal and practical costs of deportation are already high many will abscond, costing the state as undocumented migrants, and others will return to Sweden after the four year limitation period for apply for their residency permit again. Dr. Tullberg believes “a conservative estimate is [kr] 300,000 per person… rejection cost would be 60,000 people x 300,00”, giving an additional migrant crisis cost of 18 billion kronor (£1.5 billion).

Having considered the direct costs, the economist then turns to the gains from migrants, the tax they pay once they get through the asylum system and find jobs. But here the government is still paying out, as Dr. Tullberg finds migrants are on average a third less likely to have a paid job than native Swedes, and are unable to cover the cost of their own state pensions in tax contributions.

Basing his figures on a 2006 study which put the cost of a 15 year pension to age 80 at kr 3.4 million, and not even accounting for the fact the migrants in his study will earn less over their lifetimes than their native counterparts and therefore pay less tax, and that the pension age will rise in time, Dr. Tullberg estimates a pension cost of 204 billion kronor (£17 billion). 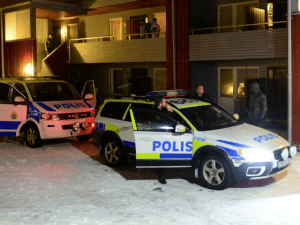 Swedish police stand by police cars outside a house used as a temporary shelter for asylum seekers in Boliden in northeastern Sweden on November 19, 2015. A resident was suspected of planning terror attacks / Getty

The academic’s final calculations are the costs of raising children, which based on the same assumptions of migrant employability again must be borne by the state. This Dr. Tullberg believes, with the high migrant birthrate will cost an additional 66 billion kronor (£5.4 billion).

The report claims the final figure of 583 billion kronor, which compared to the Swedish defence budget of 40 billion kronor a year, works out at around 14 years of defence for one year of open borders. The figure also works out at three million kronor per average migrant (£248,000), a figure Dr. Tullberg claims “is comparable to other studies, providing a basis for fair consideration”. One such study is a 2012 report which found the cost of “non-European immigrants to Norway” was some four million Norwegian krone.

In addition to the costs of migration, the Norwegian study also found migrants from outside Europe and the Anglosphere (North America, Australia, New Zealand) were more likely to settle permanently, rather than eventually going home, and had significantly more children.

Sweden is not the only country now thinking of the long term costs of the migrant crisis. Breitbart London reported this week on the projections being made about the healthcare costs of new migrants in Germany, who present experience is showing require more dental and healthcare than their native hosts. While the migrant crisis drags on German private healthcare providers are being forced to foot the bill for new customers who themselves are not asked to pay into the pot.

The German government is responsible for paying their bills but so far, has not been meeting the full cost. By 2017, the hundreds of small insurers and providers that make up Germany’s healthcare system are forecast to be facing a one billion Euro deficit.