The petition calling on the government to stop its £9 million pro-EU “propaganda” mail shot will likely be discussed by Members of Parliament this coming Tuesday, Breitbart London understands.

Paul Flynn, Labour MP for Newport West and member of the House of Commons Petitions Committee said the committee is due to meet next Tuesday, after parliament returns from recess, and the petition will likely be on the agenda.

Nearly 130,000 people have now signed the petition, meaning parliament will have to consider it for debate, however it is not clear whether the Petitions Committee will meet before the leaflets are sent out. 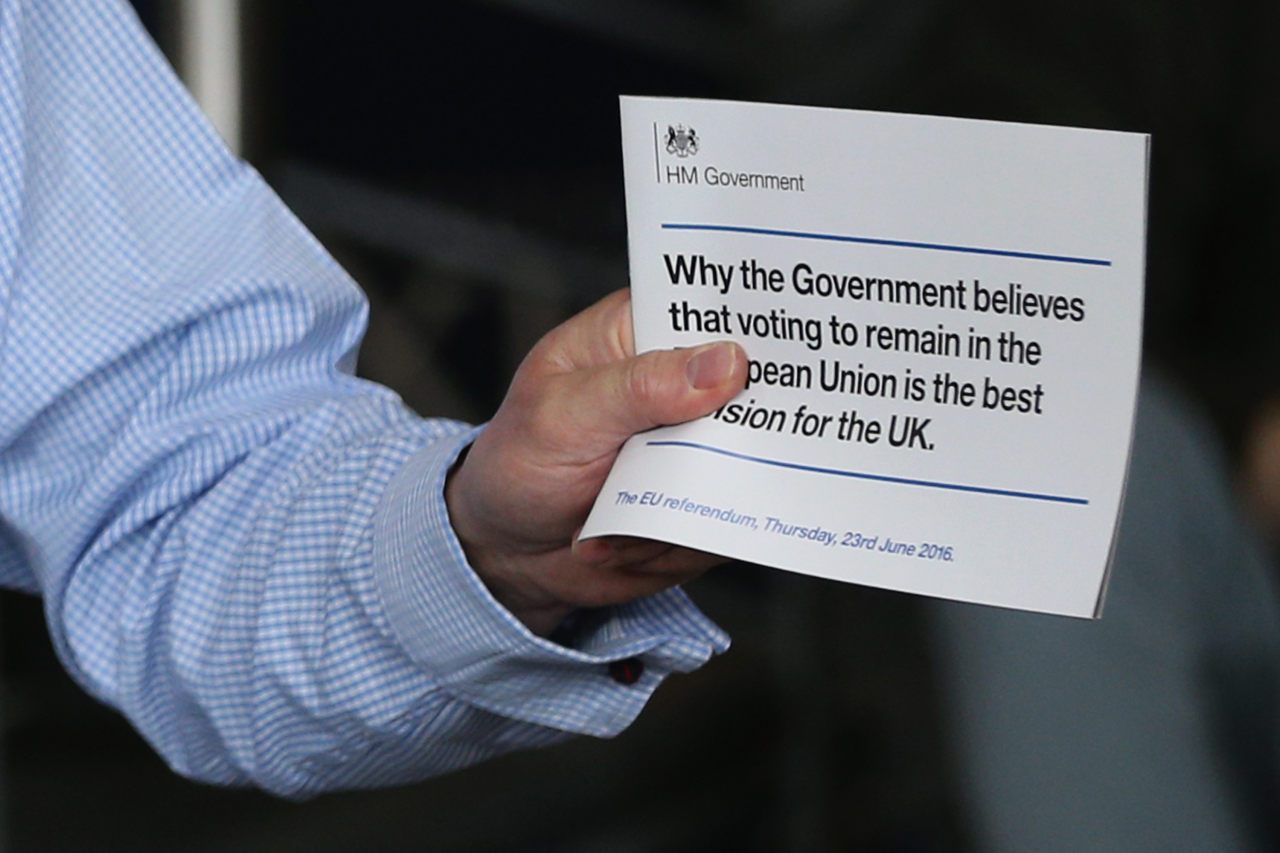 Cameron wields his leaflet on April 7, 2016 in Exeter, England.

Prime Minister David Cameron was accused of abusing the government’s power by sending out the leaflets to every home in Britain, explaining why the government wants Britain to stay in the EU.

The Telegraph reports that a number of senior Conservatives are warning that they will oppose government legislation if Mr. Cameron fails to withdraw the leaflet.

The Government has a working majority of 12, meaning that relatively few rebels would be needed to stop laws going through Parliament.

Steve Baker MP said: “There are some colleagues who have suggested we should vote against the Government’s legislative programme.”

“We at Get Britain Out are delighted over 131,000 people have signed our petition so far to try and stop the Prime Minister abusing his position. Clearly the vast majority of the public believe in democracy and want this referendum to be conducted in a fair and transparent way. The Government’s ‘dirty tricks’ campaign will not succeed; the British people have woken up to their chicanery.

“The solution is clear. Parliament must now debate this petition. To refuse a debate would be holding the Great British Public in deliberate contempt. The leaflets will not be sent out in England before Monday. The other devolved nations in the UK won’t receive the leaflets until the elections to their own Assemblies. The distribution of the leaflets must be delayed until there is a debate in Parliament. This will save British taxpayers’ money and ensure the referendum is fair and worthy of a democratic nation.”

Peter Bone of the Grassroots Out campaign said: “This is an outrageous way to spend hard-working tax payers’ money.

“Many recent polls have shown that the majority of the UK public are actually in favour of leaving the EU so to spend their money on a pro-EU propaganda exercise is an inexcusable waste.

“This is a major error of judgement given the lack of funding for vital public services.”