400 radical-left activists were arrested in Stuttgart today as they attempted to prevent the Alternative for Germany (AfD) from starting their annual conference, at which they are to thrash out the contents of their Spring manifesto.

Scenes of violence were witnessed this morning as members of the anarchist so-called ‘black bloc’ movement clashed with police and assaulted members of the AfD. The protestors received warnings from the police about their behaviour, but after fireworks and lit flares were thrown at officers, they deployed water cannon and pepper spray, reports Kronen Zeitung. 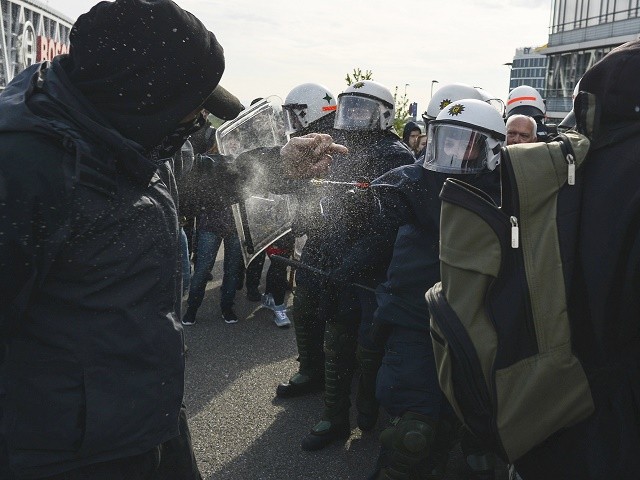 Around 1,000 protestors arrived at the Stuttgart convention centre this morning, and were matched by some 1,000 members of the German police. The leftists formed human chains to prevent delegates from entering the centre, effectively delaying the start of the conference by an hour. Police said there were no injuries among the “violent” masked protesters. 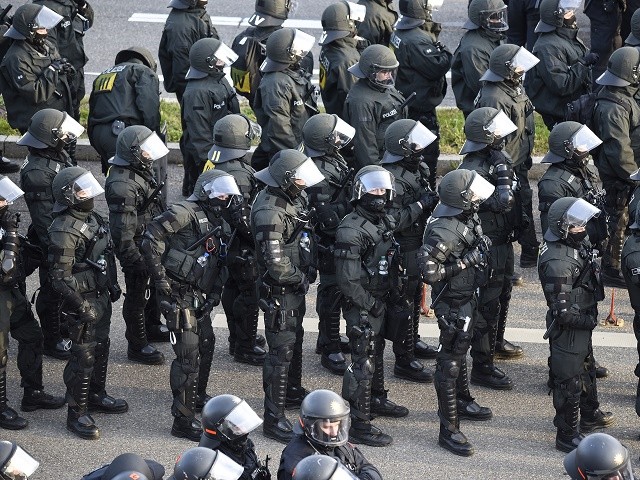 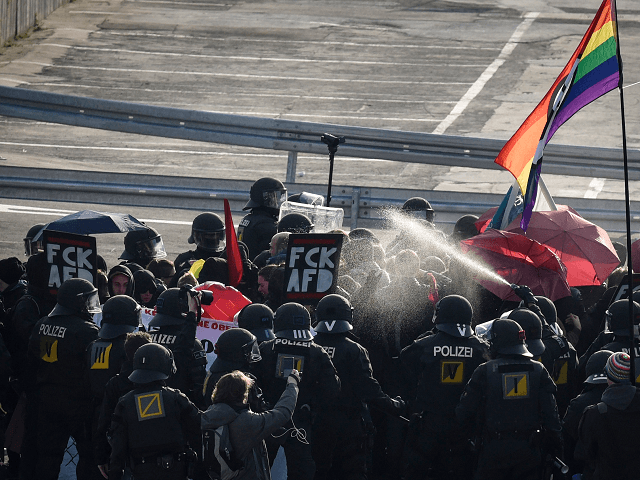 As one leftist agitator explained to English language television, “We are united by our conviction that we cannot let the AfD go unchallenged… we will not allow ourselves to be divided and we stand together for a compassionate society”. 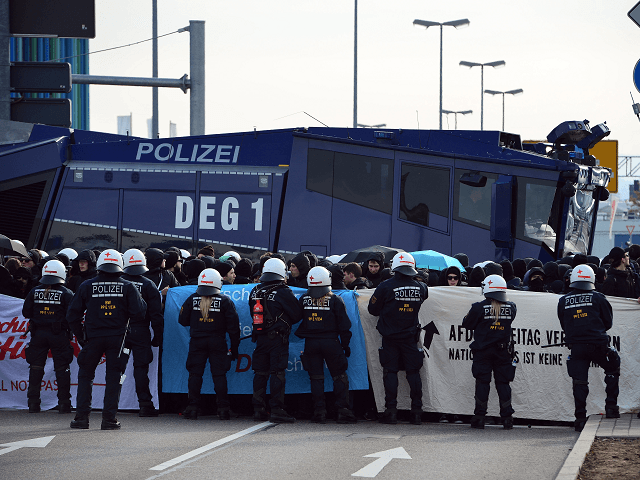 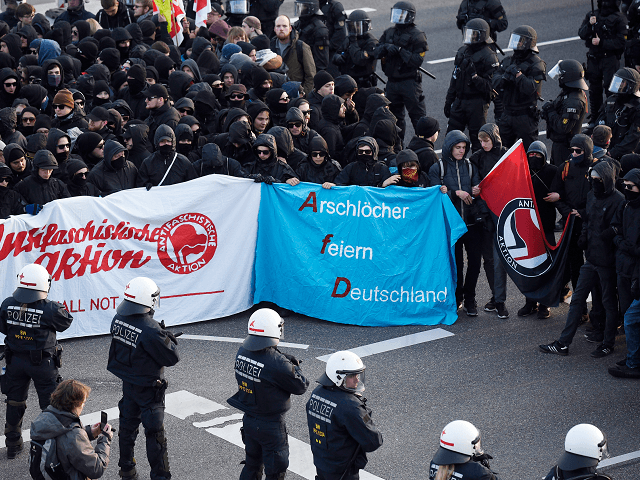 AfD were meeting on the first day of their two day conference to adopt the young parties first national programme — a Spring manifesto. Some 2,400 members were eventually able to enter the hall and enter debates, and vote.

What is decided upon for the programme will set the future course of action, and direction of travel for the party. Agreed early on in the day was statement by party deputy chairman Beatrix von Storch, former Duchess of Oldenburg, that referring to the political interpretation of the faith “Islam is not part of Germany”, reports Die Welt. 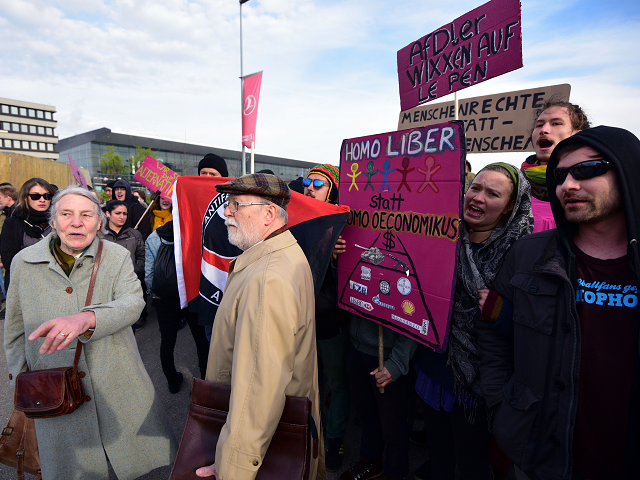 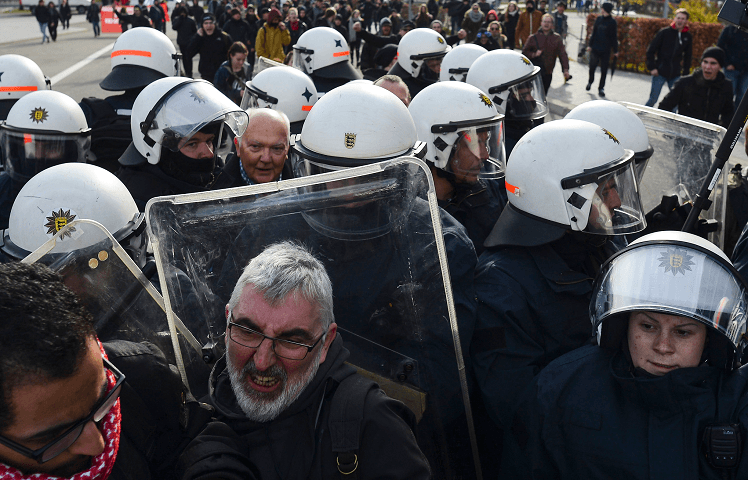 Party leader Frauke Petry emphasised that while the party was not Islamophobic, Islam itself was fundementally with Germany’s constitution — the so-called Fundamental Law.

Also discussed was the AfD’s support for German culture, the traditional family, and Germany leaving the Euro single currency. The conference will resume on Sunday. 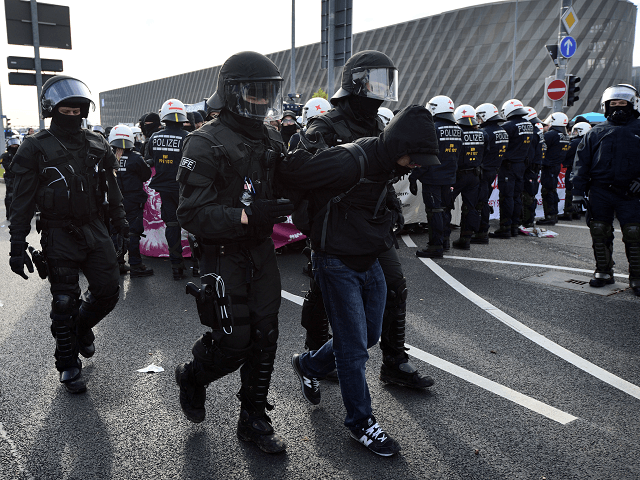 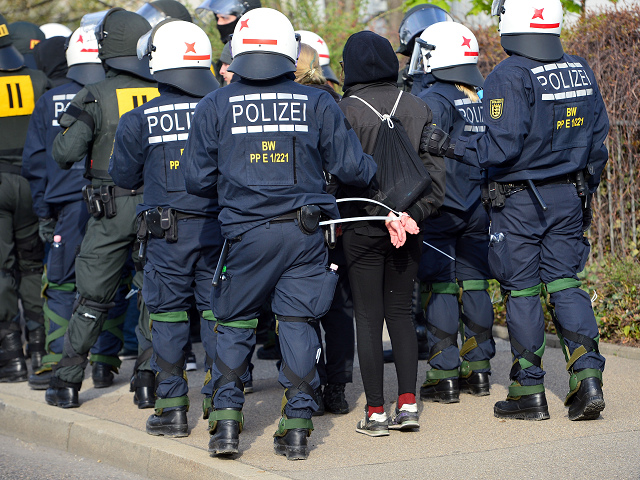 Germany’s AfD has long been the only seriously dissenting voice in the country over the migrant crisis. Having transformed from a niche political movement opposing the Euro single currency and the European Union, it has enjoyed record poll ratings and electoral success in the past 12 months as their anti mass migration policies have caught the the attention of many Germans.

As with many right-wing movements in Europe, AfD’s members have been dismissed as the ‘losers of globalisation’ — societies less educated and less wealthy who have suffered most from mass migration. Yet new research published today by Germany’s mainstream centrist newspaper Die Welt has found that counter the stereotype, AfD supporters are actually among the richest of any politically active group in Germany, and among the best educated.