Campaigners have handed a 100,000 signature petition to Downing Street calling for a ban on halal and kosher slaughter.

The petition, which described un-stunned slaughter as “cruel” and “barbaric”, accuses the food industry of “pandering to the minority group[s]” that support the practice rather than standing up for animal welfare.

Petition organiser Johanne Tavares told Breitbart London: “I have campaigned against halal and kosher slaughter since I was 20, when I became vegetarian.

“I am not against people eating meat, because as a realist I accept that the greater number of the population do, including my family; therefore I campaign for the highest possible standards at slaughter. Clearly halal and kosher are not that.”

She said she had received support from many people including farmers, the British Veterinary Association, Sikhs and Christians.

“I have been called racist many, many times and had horrible messages on Facebook during this campaign, and I would like to clearly state that I am not,” she added. “My interest here is the stopping of un-stunned slaughter. I am passionate about animal welfare.” 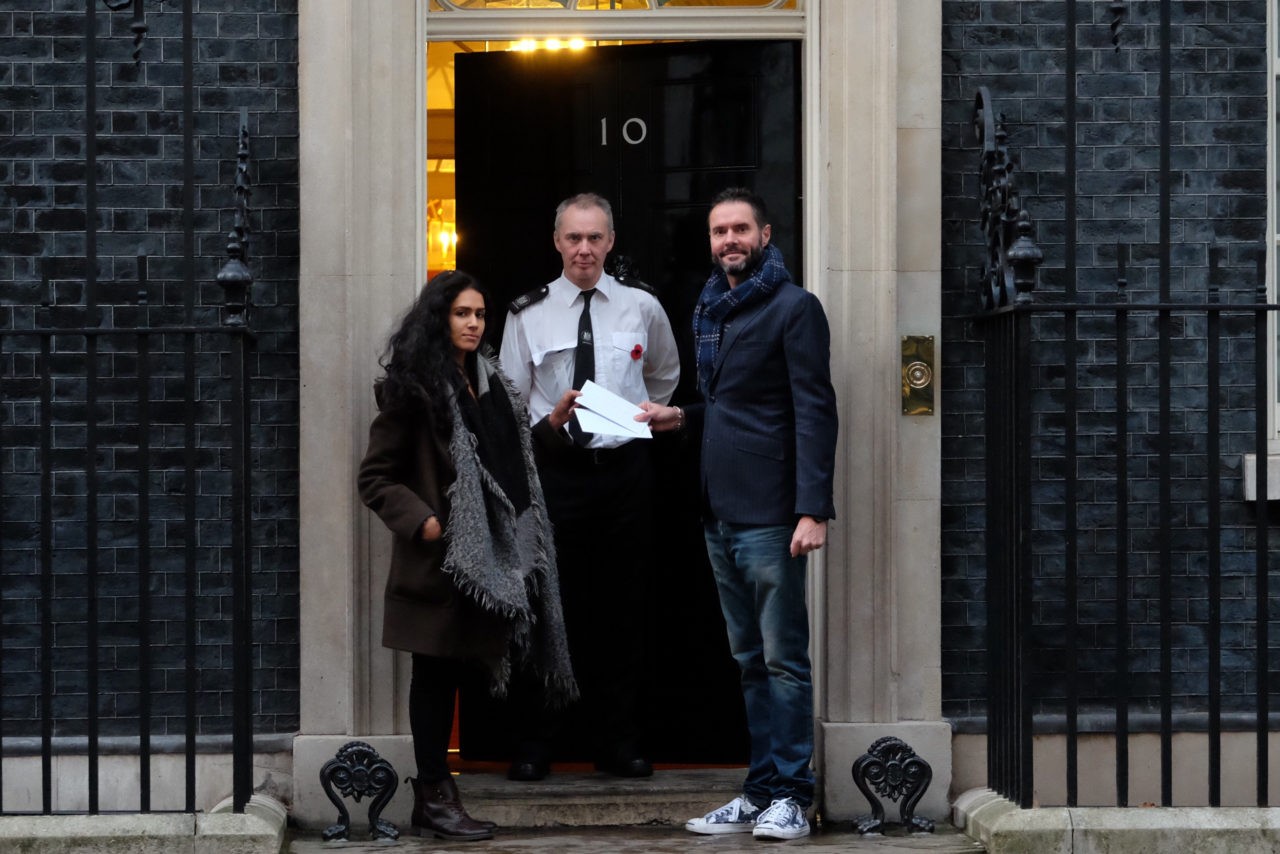 In April, three halal slaughtermen were charged with animal cruelty after they were secretly filmed by an animal rights group committing “systematic” acts of abuse against sheep and goats.

Footage showed workers hacking and sawing at animals’ throats, kicking them and jumping on their necks. They were also seen laughing as a sheep bled to death.

In December 2015, the Government said that while it wanted to see high standards for animal welfare, it was not going to ban un-stunned slaughter outright.

“[We] would prefer to see all animals stunned before they are slaughtered for food,” it said in a statement. “However, we also respect the rights of the Jewish and Muslim communities to eat meat prepared in accordance with their religious beliefs.”