Marine Le Pen is supported by a quarter of young voters in France, a poll has revealed, matching support within the age group for her liberal rival Emmanuel Macron.

The 18 to 24-year-old age bracket is usually notably liberal and broadly opposed to all expressions of nationalism, including Brexit and the election of U.S. President Donald J. Trump.

Yet in France, some 24 per cent of this group told pollsters they intended to vote for the populist candidate and her Front National party in the first round of the presidential vote on the 24th of August. 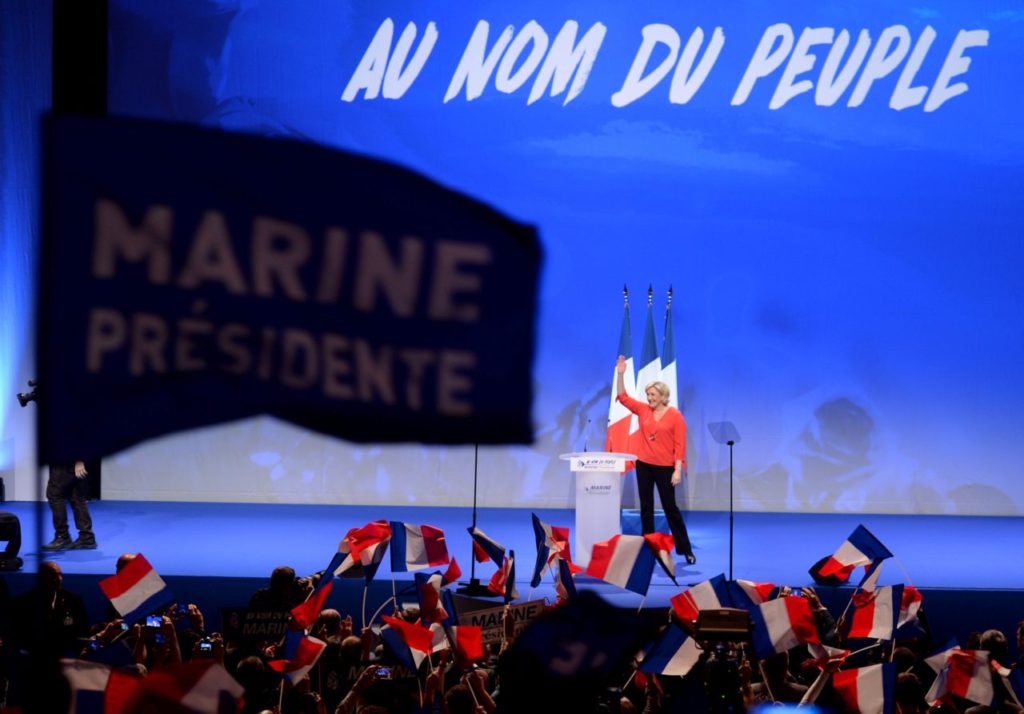 Another 19 per cent of those interviewed wanted the far-left candidate Jean-Luc Mélenchon to win the presidency and 14 per cent said they were rooting for hard-leftist Benoît Hamon of the Socialist party.

This means that Ms. Le Pen is more popular than both left-wing candidates in the first round of voting among young people. In the second round, they will likely unite against her and she will lose.

Meanwhile, only 10 per cent of voters aged 18 to 24 said they would be backing the centre-right Republican Party candidate François Fillon, who was the favourite to win before becoming embroiled in a corruption scandal.

Furthermore, in a supposed age of political apathy 80 per cent of the 808 people interviewed between the 2nd and 6th of March told pollsters they were “interested” in politics, and were keeping a “keen eye” on the presidential race.

However, Ms. Len Pen has stressed her scepticism towards polls during the presidential race, after pollsters failed to predict the Brexit vote or President Trump’s victory.

“Polls are not the election”, she told RTL on Tuesday.