UKIP has slammed Labour for “cheating” in a key target seat, claiming they are using the Soros-funded, ‘anti-fascist’ group Hope Not Hate (HNH) as “attack dogs” to campaign for them and exceed spending limits.

Former Labour MP Jon Cruddas is facing a stiff challenge from UKIP’s Peter Harris (pictured above, right) in Dagenham and Rainham, where his party won 29 per cent of the vote in 2015. But the odds are stacked against him and UKIP.

Last month, HNH promised to deploy massive resources to “stop UKIP” in their target seats during this election, including “highly targeted and personalised letters” and “a sophisticated and hyper-targeted Facebook campaign”. 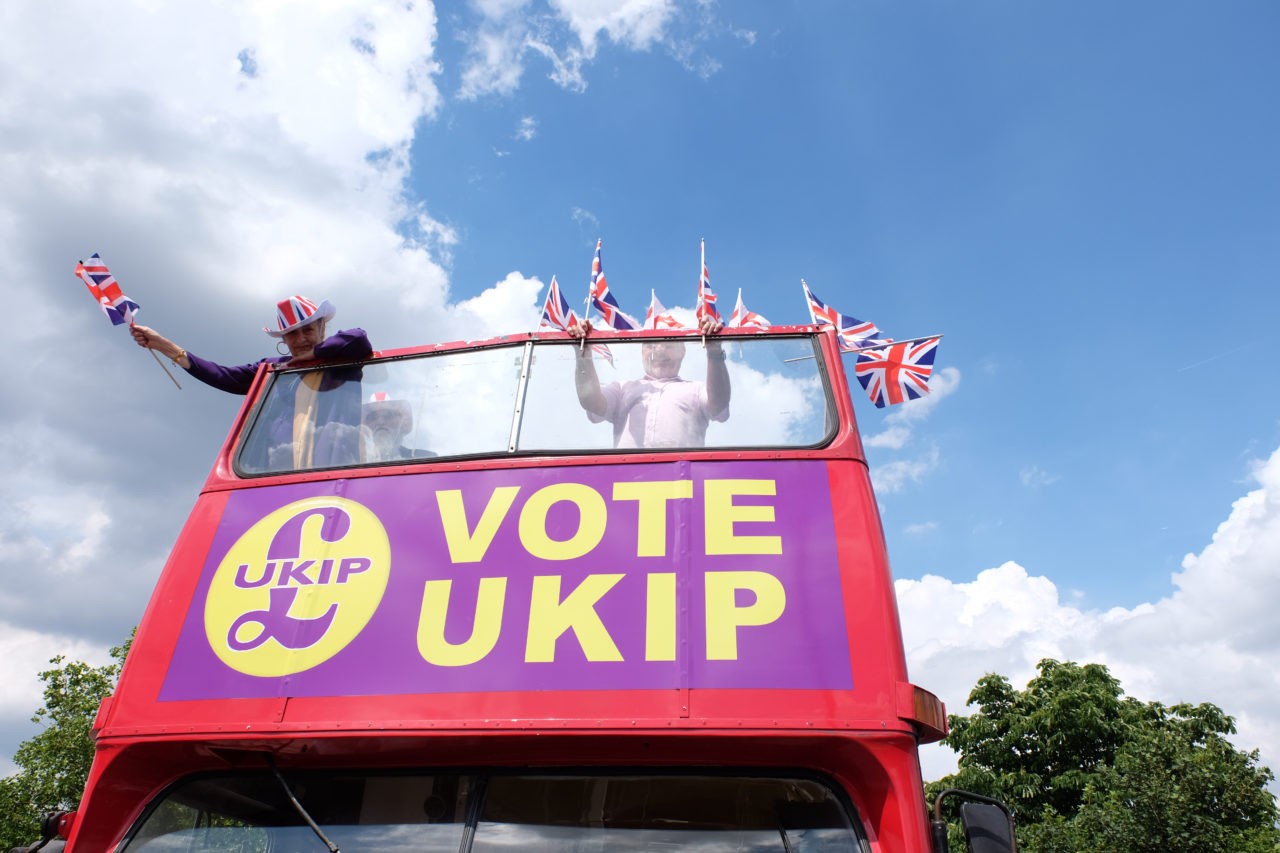 Now, Mr. Harris has revealed he will make a complaint to the Electoral Commission, claiming HNH is effectively working for Labour. HNH, however, say they are non-partisan and are merely opposed to UKIP.

Yet, according to e-mails seen by the Express, HNH in Dagenham is effectively backing Labour with 16,000 anti-UKIP leaflets to “black and Asian voters” and 3,100 “get out the vote” leaflets to “socially liberal households”.

“I believe this is wrong, unfair and amounts to cheating! It is time HNH came clean and admits they are the left wing attack dogs of the Labour Party!” Mr. Harris blasted. “I will be making a formal complaint to Electoral Services and the Electoral Commission asking them to carry out a thorough investigation.”

The Tories have been heavily fined for overspending in elections, and one member of parliament charged with electoral offences, and if Mr. Harris’s complaint is successful and malpractice discovered Labour could be similarly penalised.

Registered third parties are allowed to campaign in elections, but Labour politicians often work closely with HNH, which has been labelled a “front group” for Labour. In Dagenham, the HNH campaigning has been organised by Labour councillor Sam Tarry who represents a seat in the constituency, Mr. Harris pointed out.

Hot and hard days campaigning against the Kippers in Dagenham today. Thanks to all the @hopenothate volunteers who turned out to help today! pic.twitter.com/p5fUSQlblt

UKIP also claimed the HNH was linked to Labour in this year’s Stoke-on-Trent Central by-election, where the “anti-racist” group ran a massive campaign focusing on issues such as the ivory trade and climate change. It was also revealed that Stoke-on-Trent North MP Ruth Smeeth was a former secretary of HnH and remained a director during the campaign.

The Electoral Commission later slammed HNH for “bad practice” in Stoke, after they improperly failed to include their address on campaign literature.

The organisation recently benefitted from a huge crowdfunding initiative launched on the back of the murder of Labour MP Jo Cox, who was a personal supporter of the group. Since then, they have rebranded, redesigned their website, and promised to expand their anti-UKIP activities.

In May, they claimed to have “the capacity to put out up to 30,000 direct mails a day”, and to possess, “the most unbelievable data which profiles our key constituencies street by street”.

Speaking about the Dagenham case, a HNH spokesman said they do “not support or endorse any single political party”, claiming: “All our political campaigning is regulated by the Electoral Commission and we fully comply with all election rules.”