At the final event in the “Stand up for Hungary!” series and national consultation, Prime Minister Orbán told Hungarians: “We shall not let Soros have the last laugh.”

Stating that one of the two “historical” debates placing strains on the continent are mass migration, he said the other was the future of Europe as a supranational union, which will either become “the Europe of Brussels or the Europe of nations.”

“We are in the midst of two debates, the outcomes of which can determine Europe – irreversibly, and permanently,” he said.

– EU migrant redistribution is “the Everest of demented ideas” –

Calling the migrant quota system “the Everest of demented ideas”, he slammed German “multikulti” as a “spectacular failure” and rejected the EU’s wisdom that the rest of the union should pay for German Chancellor Angela Merkel’s open door policy.

The leader of the conservative Fidesz party, who has built border walls and recruited more guards to protect Europe from further incursions, stood by the Hungarian people’s right to decide who should be allowed in the country.

–  Soros, the “kingmaker” of the European Union –

Saying “there is almost complete consensus that we must protect the sovereignty of… our migration policy from the interventions of Brussels”, he slammed the “Brussels kingdom”, and its “kingmaker”, the open borders financier Soros.

Mr. Orbán called Soros a “determined and successful money man who thinks himself a superior being”, adding the billionaire wants one million migrants to settle in Europe every year.

“This would be achieved by force, if needs be – even against the express wishes of the European people,” the prime minister said.

The Fidesz leader called Soros a “speculator operating an extensive mafia network, who is threatening Europe’s peace and future”, alluding to reports of NGOs working with criminal people smuggling gangs.

Saying that for the globalist hedge fund manager migration is a good business, the premier said it would be even better business “if we stopped resisting”.

“The reason [Soros] is so angry with Hungary – and me personally – is that we stand in the way of his grand plan and his grand business project.” 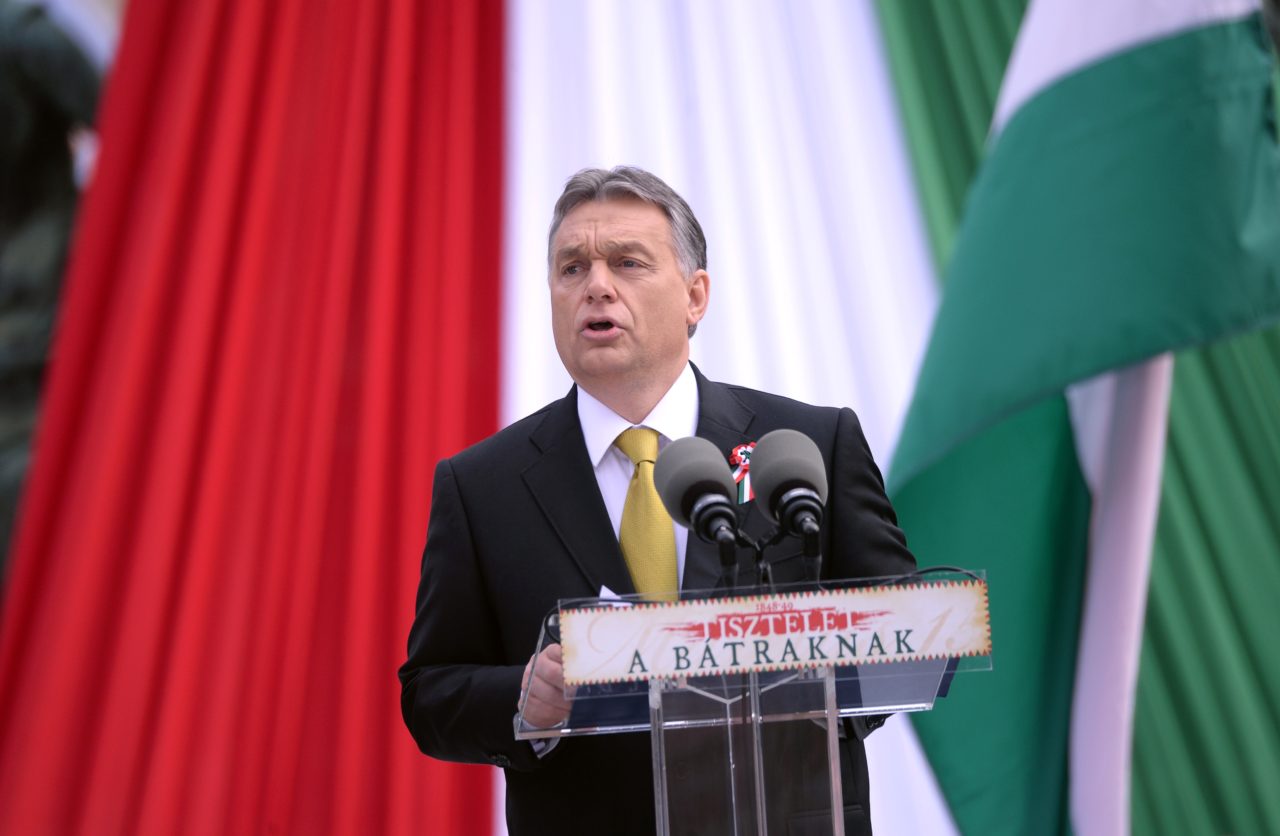 Hungarian Prime Minister Viktor Orban delivers his speech in front of the National Museum of Budapest on March 15, 2015 during the official commemoration of the 167th anniversary of the 1848-1849 Hungarian revolution and independence war. (Photo credit should read ATTILA KISBENEDEK/AFP/Getty Images)

The prime minister accused Soros of giving EU leaders instructions on the migrant quota with Europe’s leaders “bowing before him”, the comments coming after Soros met with European Commission President Jean-Claude Juncker earlier this year.

He also charged the Hungarian native of attempting to remove Fidesz from power to install a government in Hungary which “dances to his tune”, dismantles the fence, and opens the borders to illegal immigrants.