So to put it rather bluntly: a grossly disproportionate number of the people making serious decisions about Europe’s future have no direct personal sibling, child or grandchildren’s interests at stake in that future. They are not part of a family and have come to see all their attention focused on one dominant and all-powerful social unit to which they pay obeisance and give their complete and devoted attention: The State.

The demographics look problematic. Among native Europeans, the birthrate is currently between 0.2 and 1.1. Europe is not replicating itself and will, if trends are extrapolated—cease to exist.

The numbers are disturbing combining an ageing population, very low birth rates and an inability to pay for their rich benefits: what will come of Europe?

Why precisely, is the family dead or dying in Europe and the west?

In the western world, the traditional family continues to crumble and unravel — anyone who defends past tradition (300,000 years of pre-recorded oral and actual history) is ridiculed and rejected as we give up hope and resign in despair to a future without family or its attendant values. Speaking up for the family has almost no constituency and makes one look nostalgic at best and retrograde at worst.

Is something larger at stake? Yes, family decline is undermining civilisation itself. 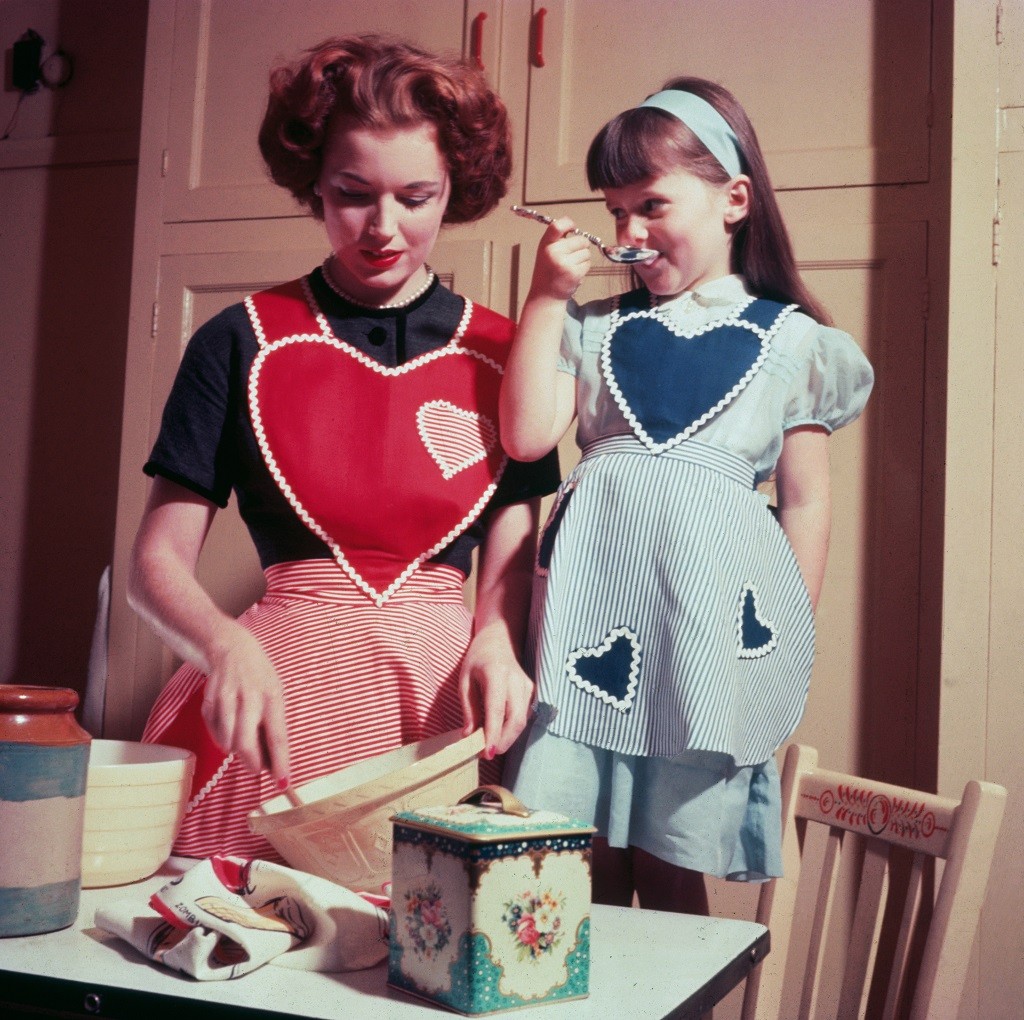 circa 1955: A young girl helps in the kitchen, while her mother bakes a cake. (Photo by Hulton Archive/Getty Images)

Already in the 1930s Christopher Dawson, the Catholic historian at Oxford bemoaned in his, The Patriarchal Family in History, that a long term decline since the Renaissance had led to a point of no return for the family. He was prescient and saw then what we have come to factually experience now.

And why is an ascendant statist/globalist political culture so hostile to the family?

The crisis of the family is not simply a result of changed sexual mores or feminist ideology, while they contribute to it. It has far deeper roots.

The family has lost its social significance because to the State, the family is a threat. As a precursor and basic unit of life it preceded the state and always balanced its interests.

But in the last fifty years, the welfare state has done everything in its power to break it up. Dividing families, encouraging divorce, supporting abortion, coercing fatherlessness, and building dependencies, the state has not idly watched in the demise of the family structure: it has been the active and primary cause of its very plight.

As one pundit put it, “the State became master of the family; the result is that the family is now truly the agent, the slave, and the handmaiden of the State.”

With each generation, it seems we witness a further evisceration of the family. Atomized and acculturated, the family is no longer recognisable, where it even exists. We have seen the total politicisation of filial rebellion, particularly in Europe.

The nations themselves are no longer the collection of their many member families but have become a centralised Babylon, known as Brussels, the unionised functional state over all states.

G.K. Chesterton once remarked that the family was the check on state power and that weakening it would defeat freedom. His remedy was a smaller state and a system of plural social commitments, none of which usurped the other.

The Dutch Anti-Revolutionary prime minister, Abraham Kuyper, who himself had a large family, at the turn of the last century, called this, sphere sovereignty and saw all of the structures of society—family, economy, schools, communities and states in balance — under a sovereign God and each with their own domain.

At this point religion has certainly been relativized and fully privatised, if indeed it still is practised in Europe. The so-called bureaucratic elites or ‘experts’ in government and education (the new high priests) determine all policy—including that affecting the family. As a result of their policies, the family is a victim of the culture war. 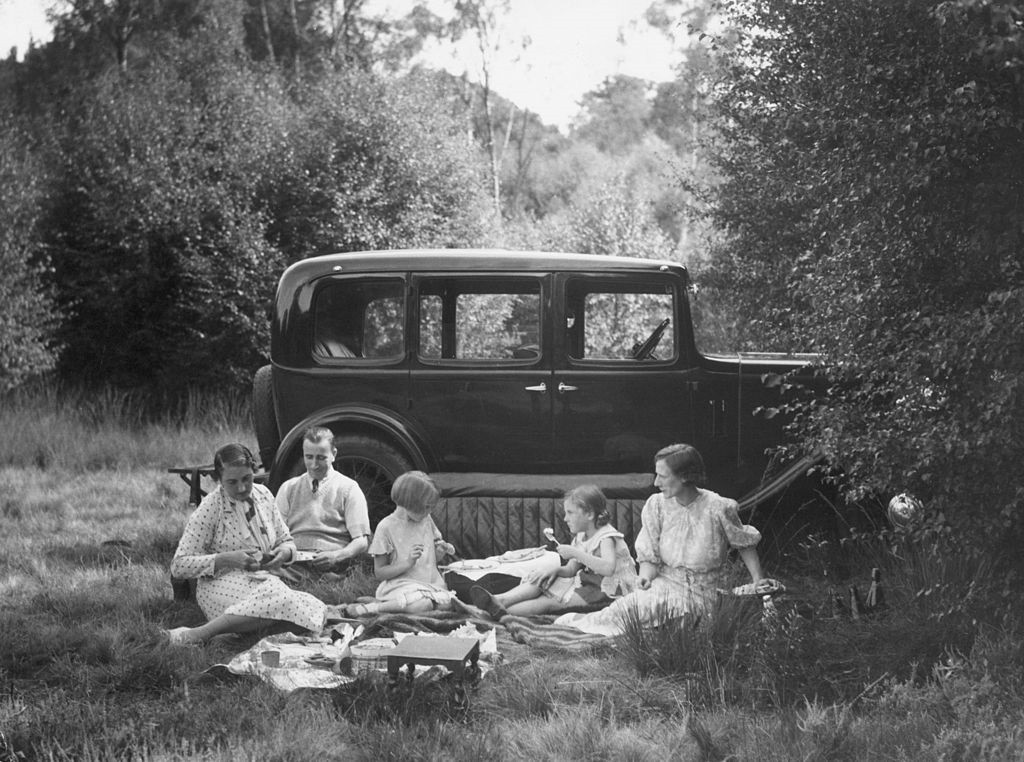 A family enjoy picnicking by their car, in the British countryside. (Photo by General Photographic Agency/Getty Images)

Families are not just under assault, they are being duly eradicated. Look again at the numbers. Decades ago, sociologists, Peter Berger and his wife, Brigitte, wrote, The War on the Family. It lamented the “awful suspicion that the professionals preferred remedies may actually be part of the problem.”

In other words, by failing to note the mediating structure the family is, we have killed the baby. Indeed the bourgeois family is among all else, the source of attitudes — dare we say virtues — individuality, privacy, enterprise, thrift, discipline, and propriety, which are synonymous with western values and of modernization.

How do we renew the culture in the face of such overt hostility?

Loving life means realising and multiplying the gift of life. The place where that takes place is the family. Aristotle himself taught that family represents nature in its clearest manifestation. He said, “The family is the basic cell of all human society, the primary association of human beings.”

Europe today needs to turn away from its golden idol of statism which is killing the family and embrace a wiser set of norms, part and parcel of its past, where its leaders again hold high the value of the human family, before it is too late and disappears for good.

America, while plagued by the same forces, has not yet fully succumbed. Its birth rate is now the lowest in its long history at just 59 births per 1000 women. But where Europe has been strangled, America is only severely hampered and headed in the wrong direction. It should not copy Europe.

Reproduction is no longer popular, it appears; people wait or forego having children altogether because they want their own careers and see the ever escalating costs of child rearing. Some have no confidence in our future; still others believe in the planet or its environment more than the human species.

The responsibility of raising children and building enduring intergenerational families is evaporating, as there are fewer and fewer takers.

In the 17th century, the political economist Jean Bodin, argued that the “only wealth is people.” Logic itself suggests that nations, Europe in particular, indeed civilisation itself, need first to be populated.

Without families, ontologically and physically in Latin: ut cedant in nihilum.

Theodore Roosevelt Malloch is a scholar, diplomat, strategist whose memoir is DAVOS, ASPEN & YALE: My Life Behind the Elite Curtain as a Global Sherpa.