The Visegrad nations argue that the European Union (EU) acted beyond its powers with the binding decision to redistribute 120,000 migrants currently living in Italy and Greece across the bloc  — a move intended to take pressure off the nations most affected by floods of arrivals.

But, in his opinion published today, Advocate General of the European Court of Justice (ECJ) Yves Bot unequivocally stated that judges at the ECJ “should dismiss the actions brought by Slovakia and Hungary.”

The French official said that EU treaties allow the adoption of such measures in situations identified as emergencies, and stated that the migrant quota scheme was “appropriate for attaining the objective which it pursues”. 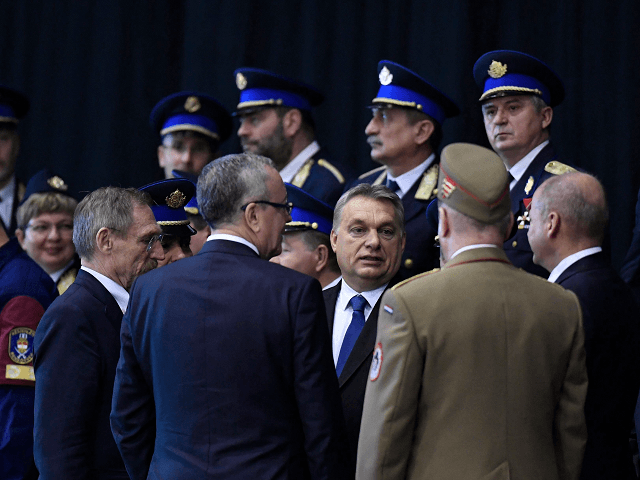 He also rejected the arguments by Hungary and Slovakia that the plan should have been approved unanimously by EU countries, instead of being agreed by a qualified majority.

But Hungary has angrily rejected the demand, stating forcing mass migration on unwilling European peoples was conformity with open borders advocate and billionaire funder George Soros’ plan for the continent.

Dr Zoltán Kovács , lead spokesman for the office of Hungarian prime minister Viktor Orbán, told Breitbart London: “we consider trying to enforce a decision that clearly was trying to go around the normal way of decision-making not simply unlawful but also dangerous to the order and security of Europe”.

He added that, in the Hungarian government’s view, “it is unacceptable and untenable that the EU continues to follow a path that has already failed”.

Following George Soros’s reception in Brussels with the pomp and ceremony usually only reserved for heads of state, every European institution has interestingly placed even greater pressure on Hungary and the countries of Central Europe to allow in illegal immigrants. We do not want to accept illegal immigrants, we will wait for the Court’s’ decision.

We continue to interpret the decision on the mandatory resettlement quota as a decision that contravenes European law; a decision of this nature cannot be used to remove any member state’s right to decide for itself to whom it will allow entry to its territory and to whom it will not. The European treaties clearly state that this right cannot be taken away.

The decision also goes against common sense, because it only serves to further encourage illegal immigration in view of the fact that it is seen as an invitation by those who would like to set out for Europe in search of a better life, and also by people smugglers, who can use the fact to convince people that it is worthwhile setting off for Europe.

The primary task, duty and responsibility of Hungary’s Government is to protect the security of the country and of the people of Hungary, and accordingly it will continue to do everything in its power to ensure that illegal immigrants cannot come here.

The ECJ ruling is expected later this year. While the court is not obliged to follow the advice, most Luxembourg judges follow the recommendations of their Advocate General.

Hungary, Slovakia, Romania and the Czech Republic voted against the measure in 2015 and have since been backed by Poland in their opposition to having Brussels force migrants from Africa and the Middle East on unwilling nations. 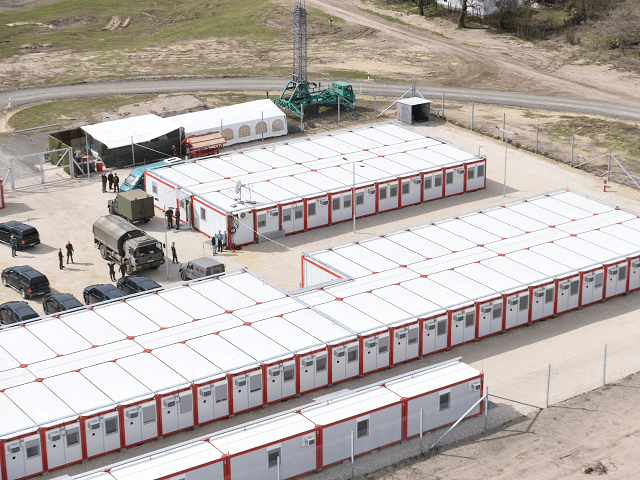 A Hungarian Army base on the southern border, providing accomodation for soldiers deployed to protect the nation from migration / AP IMAGES

Slamming the scheme, on Tuesday Czech Secretary for EU Affairs Aleš Chmelař told EURACTIV that the EU must secure the continent’s borders before demanding nations welcome quotas of what could be an effectively endless influx of people from the third world.

Last month the European Commission launched legal proceedings against Hungary, Poland and the Czech Republic for refusing to take part in the scheme to redistribute migrants.