The head of the Polish National Security Office has announced that the country will not be taking in Muslim migrants after the latest terror attacks in Spain saying poorly integrated Muslim communities allow terrorism to fester.

Paweł Soloch, head of the Polish National Security Office, made the comments in reaction to the recent terror attacks in Barcelona and Cambrils last week. “We are convinced by the latest attacks that there is a natural base for terrorists where a large number of poorly integrated Muslims live,” Soloch said according to Austrian newspaper Kronen Zeitung.

“I see a growing number of Muslim refugees and a surge of terrorism,” Soloch said and added that there was evidence of a potential migrant wave headed for Poland.

The comments from the security office chief are in line with the general sentiment expressed by other nations in the Visegrád Group – Hungary, Czech Republic, and Slovakia – who have all resisted the redistribution of migrants by the European Union.

Polish Prime Minister Beata Szydło made similar comments in 2016 when she said: “I see no possibility that refugees will come to Poland.” 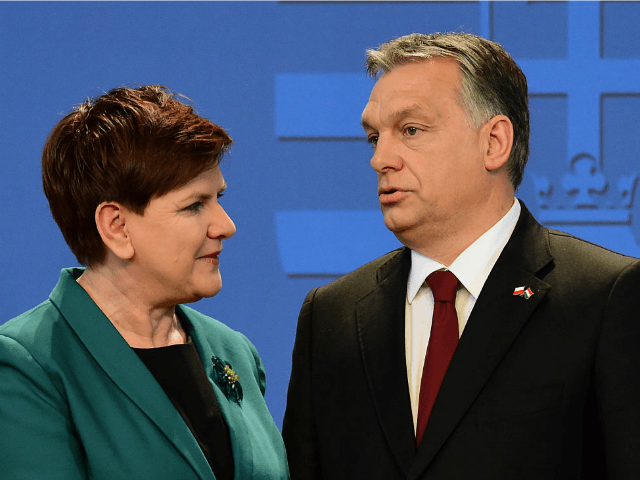 Bulgarian political scientist Ivan Krastev has analyzed the reasons for the rejection of mass migration in the Eastern European states saying: “Many of the countries are now ethnically extremely homogeneous, multiculturalism is often interpreted as a step back into the past.”

Hungarian Prime Minister Viktor Orbán has used similar terms saying that the current push for mass migration and multiculturalism in the EU was like “Sovietisation” and called on Europeans to maintain the continent’s Christian roots.

“We Hungarians want to remain a European nation, rather than become an ethnic minority in Europe,” Orbán said.

He said that many observe the lack of integration of Roma-Gypsy people in Eastern Europe and wonder that if countries cannot integrate them, then how can they integrate people from Syria who come from a much more different culture.

Whilst many have attacked Hungary and Poland for refusing to take in asylum seekers, including the EU which has threatened both nations, the countries have taken in some migrants in certain cases.

One of the most recent cases involved an Iranian Christian convert named Aideen Strandsson who was rejected for asylum by the Swedish government. Earlier this month, the Hungarian government announced that they would take the actress rather than see her deported to Iran where she could face prison or even the death penalty.