Supermarket giant Tesco has kicked off its Christmas advertising campaign with an advert featuring Sikhs, Muslims, and what appears to be a gay couple with a child, but no obviously Christian characters or iconography.

The #EveryonesWelcome advert, launched with the strapline “However you do Christmas, Everyone’s Welcome at Tesco” on social media, features a multi-ethnic cast of characters, including what appears to be two gay fathers, a gentleman in a turban, and even a group of Muslim women and a little girl in hijabs. 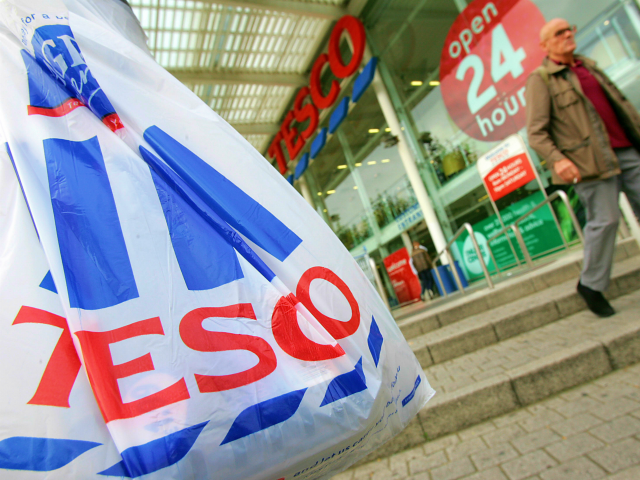 While Christ is recognised as a prophet in Islam, he is not acknowledged as the son of God, and Muslims celebrating Christmas would be extremely unusual — in fact, it is likely some Muslims would find Tesco’s implication that Christmas is an Islamic holiday offensive, with many clerics arguing that even wishing non-Muslims a ‘Merry Christmas’ is sinful.

Indeed, an Ahmadiyya Muslim shopkeeper in Glasgow who wished customers “Happy Easter” last year was stabbed to death by a hardline Sunni Muslim who drove all the way from Bradford to confront him.

Tesco’s advert does not feature any characters who are visibly Christian — for example, a priest or minister in a dog collar, or a woman wearing a necklace with a cross — and there are very few signs of obviously Christian decorations.

One out of focus Star of Bethlehem can be seen sitting on top of a Christmas tree behind an angry woman shouting at her family to get out of her kitchen for a fleeting moment, but there do not appear to be any angels, Nativity scenes, or other prominent signs of the Christian celebration of Christmas to be seen.

Breitbart London contacted Tesco for a statement on the advert, but they had not responded by the time of publication.

Reactions to the advert on social media have been almost uniformly negative, with many seeing it as part of a wider trend towards pushing Christianity out of the festive season to make way for new faiths and secular themes.

For example, Breitbart London editor-in-chief Raheem Kassam reported in 2015 on coffee franchise Starbucks scrubbing stars, snowflakes, and other traditional Christmas motifs from its seasonal ‘holiday cups’ in favour of a plain red design as a “more open way to usher in the holiday” — which Kassam described as “emblematic of the Christian culture cleansing of the West”.

Similarly, attempts by the ChurchAds.net charity to run cinema adverts featuring a Nativity scene and highlighting Christ’s role in Christmas were strangled when Digital Cinema Media (DCM), which sells screen advertising for Odeon, Vue and Cineworld, unanimously rejected it.

“We think we live in a liberal democracy where people can say what they like and then we find that we can’t,” commented disappointed charity head Francis Goodwin at the time.

“This advert is very mild stuff – it beggars belief that anyone would want to ban it.”