Britain’s asylum process is “a lottery” where approvals often rest on the personal views of decision makers, whistleblowers have claimed.

Home Office staff involved in deciding the outcome of asylum claims are overworked, underpaid, and forced to “rush” interviews as a result of “ridiculously unrealistic” productivity targets, former employees told The Guardian.

According to one of the three whistleblowers who spoke to the newspaper, each of whom stopped working as decision makers or caseworkers in 2016 or 2017, the requirement that staff complete 225 interviews or decision reports a year “affects the quality of decisions”.

“By the time you have been through the photos, the file, the news reports, it’s three o’clock and then you have to draft a report [a decision on someone’s claim, which can often be more than 20 pages long]. Can you do that in two hours?” the source said.

One million+ in a nation of less than 70 million. The greatest failure of border control in the history of the UK?
https://t.co/DGlVITwJoL

The piece — funded by the globalist Bill & Melinda Gates Foundation as part of ‘The New Arrivals’ (an 18-month-long project by liberal European newspapers to “show the human side” of mass migration) — was slammed by UKIP London Assembly Member David Kurten as a “new front in the propaganda war” to push mass migration on the British public.

“Yet the real danger of understaffing and pressure in Lunar House is not that economic migrants and other non-refugees are refused asylum; it is that asylum is granted to hundreds or thousands of applicants who are not genuine refugees,” he told Breitbart London.

“Many economic migrants who have decided to make their way illegally to the UK, rather than apply for a work visa at the British Embassy in their home country, have been advised by human rights lawyers to say certain things in order to better their chances of gaining asylum.” 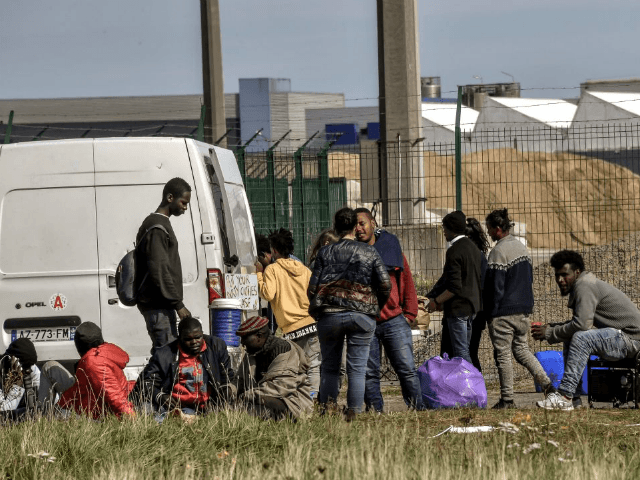 Conceding that there is “no doubt” UK asylum process staff are overstretched, UKIP’s education spokesman accused the “Conservative in name only” government of having “run down the police, military and border force in favour of throwing money down the drain to Overseas Development organisations like Oxfam whose workers engage in sex parties with locals”.

He added: “This is a perfect storm which can easily be rectified by employing a few more asylum officers and beefing up our Border Force, rather than relaxing the rules at the behest of wealthy globalists who never experience the rapid and disturbing cultural changes they agitate for.”

A report by Chief Inspector of Borders and Immigration David Bolt published in November warned that the Home Office, the annual budget of which has suffered a 25 per cent cut since 2010, was struggling to cope with a backlog of tens of thousands of asylum claims.

An official said there were too few staff for the number of migrants https://t.co/kf1R2ezmUa

A source said: “People cut corners. You would have your own stock paragraphs that you would put into refusal minutes. So say you had come across a particular kind of case and you had that one again, the incentive to get the work done would be to just make the same decision on the case.

“In effect you aren’t doing things on a case-by-case basis. Say you have someone who has come from Eritrea and deserted the military … you might just say, well, I’ll just sort of cut and paste the decision I did last week.”

The former Home Office staff interviewed by The Guardian claimed that lack of preparation for interviews and chaotic working conditions meant that colleagues were turning down people who should have been accepted.