Madrid’s “most multicultural neighbourhood” was set aflame in riots against “racist” authorities after a Senegalese street vendor reportedly died of a heart attack.

At least 20 people were injured in the clashes, which lasted from 9pm Thursday evening until after midnight and saw dustbins, trees, and furniture set alight, and patrol cars, buildings, and bus stops smashed in the city’s Lavapiés district.

“We want the neighbourhood to burn and for everyone to know about what happened this morning,” one protester told reporters, referring to the Senegalese man Mame Mbaye who died on Thursday after going into cardiac arrest.

Protesters said the 35-year-old street vendor, who was living in Spain without a residence permit, collapsed while he was being chased by officers on motorcycles — a claim denied by city police and emergency services. 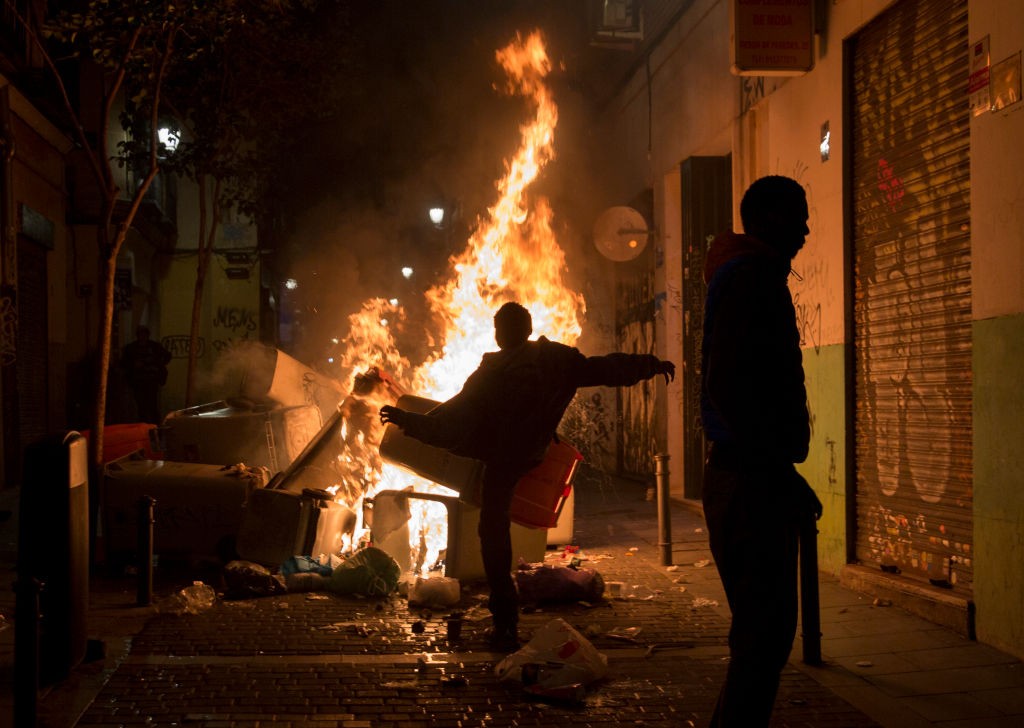 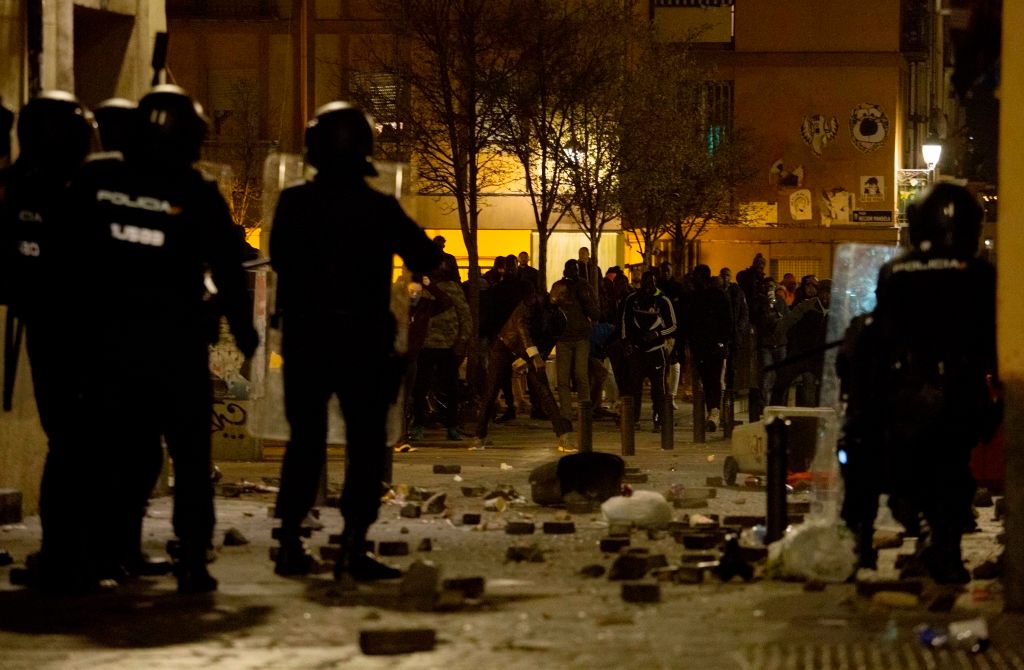 “Enough of the abuse. We are tired. We are claiming our rights,” an immigrant from Africa told the media. “What the police have done is totally unfair in the 21st century. It is illegal and racist. The Spanish authorities are accomplices.”

More than 50 gathered in Nelson Mandela Square setting fire to bicycles and trees, shouting that police were “assassins”, and “sons of b****es” and throwing stones, according to El Pais. 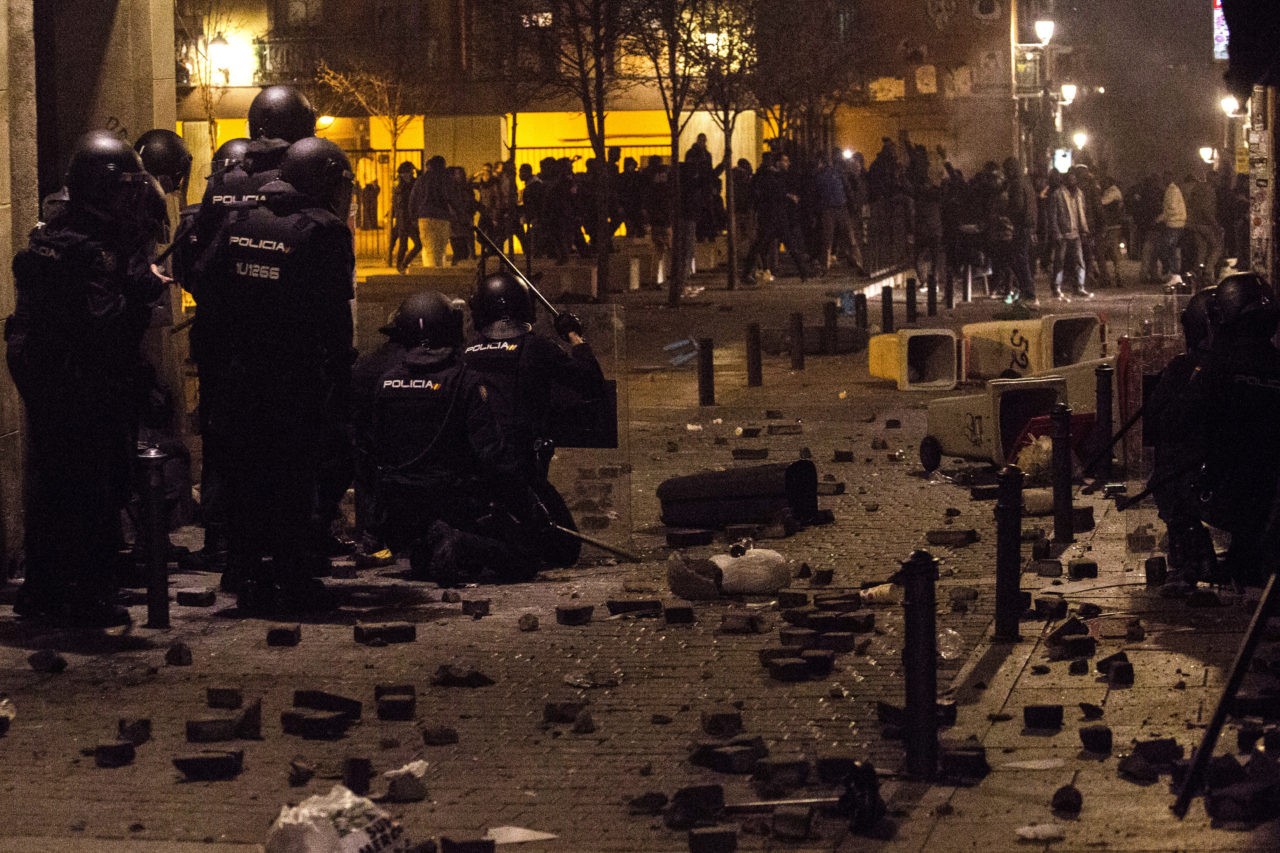 In addition to riot police, firemen had to be sent into the district — where 50 per cent of the population has a migrant background — after buildings were set alight and neighbours called for emergency services to put out the flames.

A group of hooded individuals managed to break into a bank, where they made off with items such as monitors and fire extinguishers, reported El Pais, describing youths firing foam at press cameras and demanding people stop filming. 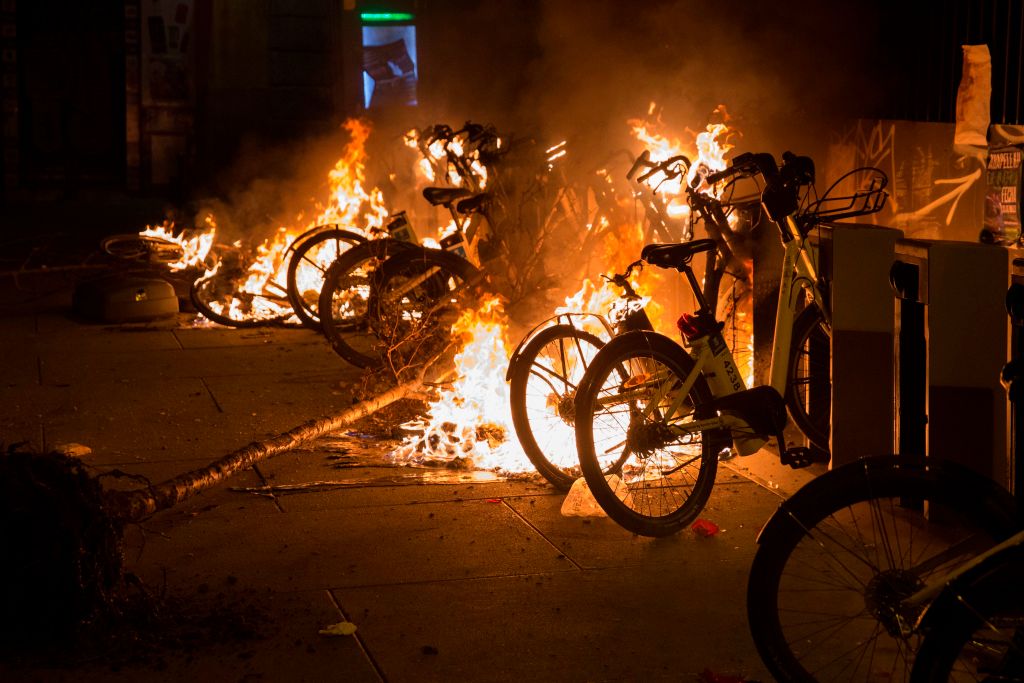 Bicycles burn during a protest following the death of a street vendor at Lavapies district in Madrid on March 15, 2018.(Photo credit should read OLMO CALVO/AFP/Getty Images) 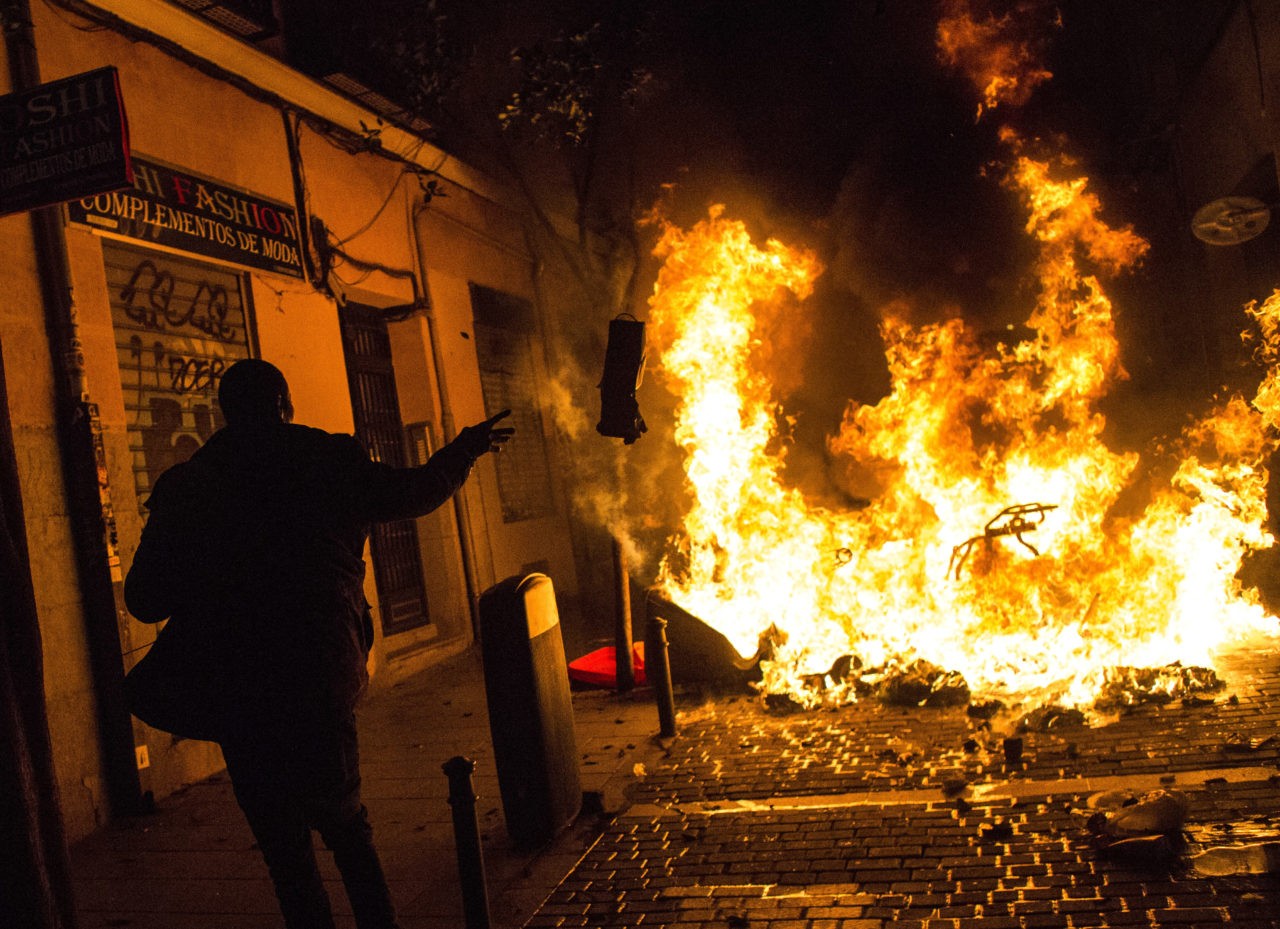 A protester throws rubbish at a burning barricade in Lavapies, a neighbourhood of Madrid, Spain, Thursday, (AP Photo/Alejandro Martinez Velez)

Conservative Spanish newspaper La Gaceta slammed the response of left-wing politicians to the street vendor’s death, in an editorial which condemned the United Left coalition for “whipping up hatred against the local police who had tried their best to resuscitate Mbaye”.

From the Madrid branch’s official Twitter account on Thursday, United Left posted a message pledging: “Our solidarity with street vendors for the death of Mmame Mbage.

“We demand the matter is investigated and for authorities to be held to account. Police violence must cease immediately in our neighbourhoods.”