A Catholic priest has used some of the strongest language to date in condemning Italy’s Interior Minister Matteo Salvini, assuring the faithful that “we have before us the antichrist.”

Preaching in the crypt of Saint Peter’s Basilica in the Vatican, Father Alex Zanotelli told worshipers Sunday that they must resist the new immigration policies of the Italian government and urge the police to practice “civil disobedience to block the deportation of persons back to countries where their lives are at risk.”

At the offertory of the Mass, the priest had young members of the congregation bring forward sheets of paper with the names of the migrants who have died at sea in recent months, claiming that “33,000 are known to have died in the shipwrecks. Let’s double that to include those who have died crossing the desert and you can see what kind of catastrophe we have before us.”

The priest seems to have taken a certain liberty with the truth since recent reports by the United Nations migration commission (UNHCR) as well as the International Organization for Migration (IOM) indicate that the numbers of migrant sea deaths have been drastically reduced under Italy’s new immigration policies.

The actual numbers are around one-thirtieth of the figures reported by the priest.

During the first six months of 2018, migrant sea deaths in the Mediterranean numbered 1,058, less than half the 2,258 sea deaths registered during the same six-month period of 2017, when a more lax immigration policy was in place.

All data seem to suggest that Zanotelli’s “antichrist” has been responsible for saving many lives by discouraging migrants to make the perilous voyage across the Mediterranean. 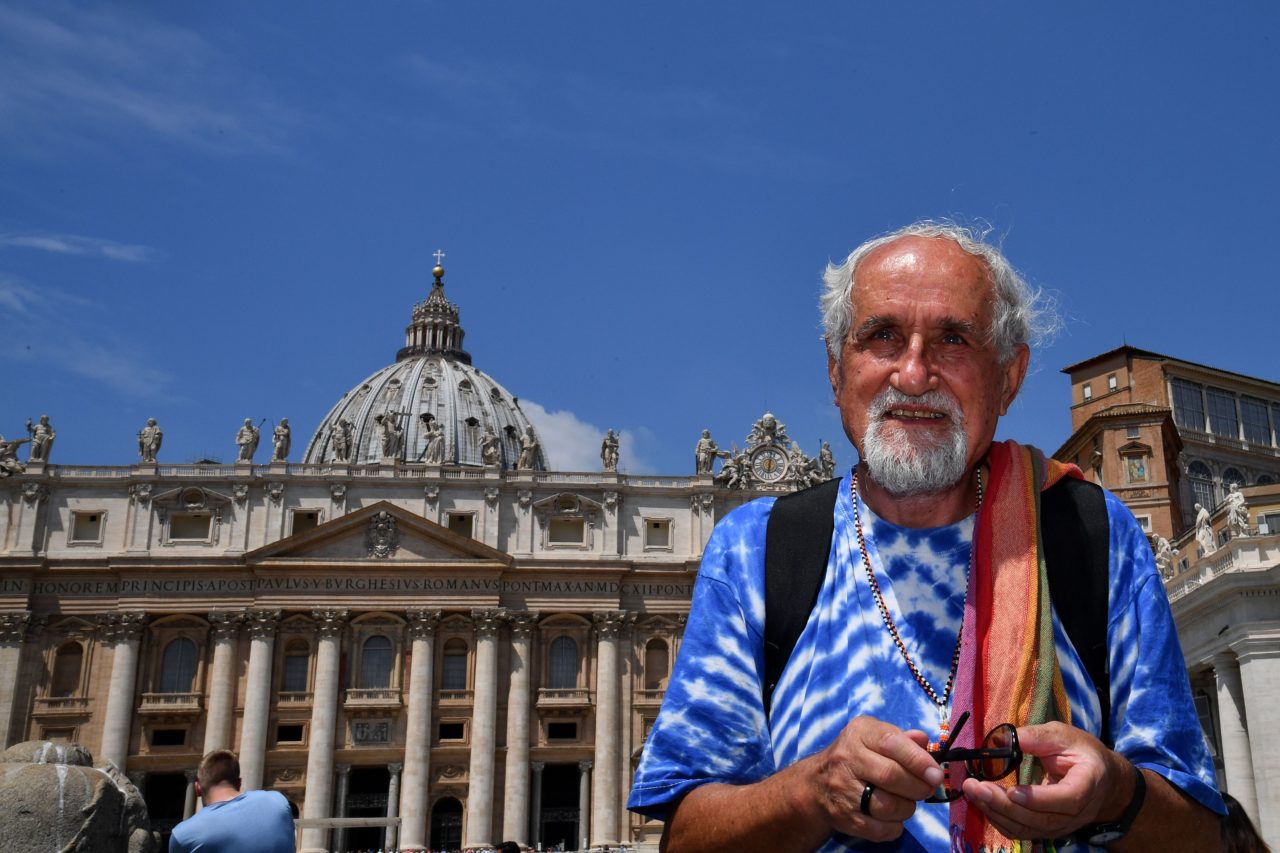 Father Alex Zanotelli poses at the St Peter’s square at the Vatican on July 10, 2018. – Zanotelli’s with other religious associations today began a ten-day hunger strike against the immigration policies of Italy. (Photo by ALBERTO PIZZOLI/AFP/Getty Images)

Over the weekend, Salvini reiterated his conviction that “if governments do their job, the dirty business of illegal immigration can be stopped.”

Salvini noted that the Italian Coast Guard had successfully saved the lives of 40 African migrants by rescuing them at sea and taking them back to Libya.

“Willing is being able, I am all in,” said Salvini, whom polls have indicated is the most trusted politician in Italy.

In his homily Sunday, Father Zanotelli recounted asking the retired bishop of the southern Italian town of Caserta, Raffaele Nogaro, whether he may grant absolution to a penitent who confesses to supporting the politics of Matteo Salvini.

According to the priest, Bishop Nogaro told him to just say to the penitent: “Christ says certain things and Salvini says the opposite. You decide whether you can approach the sacrament. What communion do we do with the body of Jesus if we trample his living flesh in the weak?”

“There are some Christians who hang on every word coming from Salvini’s mouth,” the priest said. “We have before us the antichrist.”

Jesus did not try to save himself from the Cross by coming to terms with the priests of the temple, or with Herod, or Pontius Pilate, Father Zanotelli said.

“If you do not know where to go, choose the path of prophecy and not that of diplomacy,” he said.

In the past, Father Zanotelli has made headlines by calling Salvini a “racist” and suggesting that no true Christian could vote for him.

The priest has also credited Pope Francis for inspiring him to speak out on behalf of migrants.

“I give thanks to Pope Francis for his prophetic words regarding migrants,” the priest said last week, “and in particular in Lampedusa and in Lesbos.”

He also thanked the Italian bishops for announcing to the faithful that “the way to save our own humanity passes through the defense of every life, starting with those who flee from wars, misery, and climate change.”