Authorities have confirmed that environmental health officials are investigating after they were sent footage of a family chopping up animal carcasses on a tarpaulin outside their house in Dagenham.

Neighbours alerted the council after they saw large quantities of raw meat being hacked in the backyard of a residential address in the London borough, according to The Sun.

The newspaper said there was no information as to whether the family had slaughtered living animals at the property or were just cutting up their carcasses, but claimed that a woman at the address confirmed meat had been chopped as part of Eid celebrations.

One of the two most important festivals in the Islamic calendar, Eid al-Adha took place this year between August 21st and August 25th. The five-day Islamic holiday revolves around prayer and ritual animal sacrifice.

Dagenham resident Julia McClenaghan, whose flat looks onto the yard in which animal carcasses were seen being butchered, said: “It seems one of the least hygienic places to prepare meat, and they were using an old rag to wipe their tools.”

Barking and Dagenham Council told The Sun that it was investigating the footage, while Ramadhan Foundation chief Mohammed Shafiq claimed the family had done nothing wrong.

While Muslims in many countries buy, keep, and slaughter their own animal before dividing it into portions for Eid al-Adha, this is typically done by butchers and in abattoirs in Britain, with halal industry advisors warning that failure to fully abide by the strict Qurbani guidelines would constitute a “crime against Islam”.

Animal slaughter on the streets is common in many Muslim countries, with the streets of Dhaka, Bangladesh turning red with blood earlier this month — but relatively secular regimes such as Egypt’s cracked down on the practice this year, citing issues with public health and the spread of disease.

Breitbart London reported on Friday on the rescue of 32 sheep found in the garage of a pizzeria in one of the heavily migrant-populated suburbs of Paris, France ahead of Eid al-Adha.

While ritual halal slaughter is completely legal in France, the law requires it to take place at a recognised slaughter house, so the sheep were seized and sent to an animal shelter.

Former French president Nicolas Sarkozy denounced the phenomenon of people from migration-background communities “slaughtering sheep in the bathtub” as long ago as 2007. 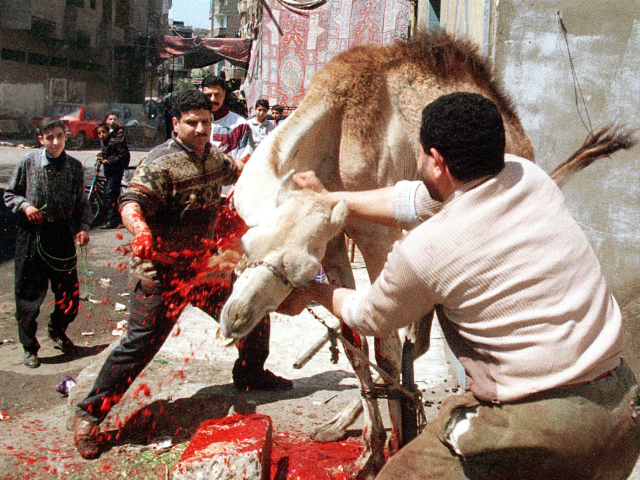 An Egyptian butcher slaughters a camel on the first day of the Eid Al-Adha, or feast of sacrifice, in 1998. (AMR NABIL/AFP/Getty Images) 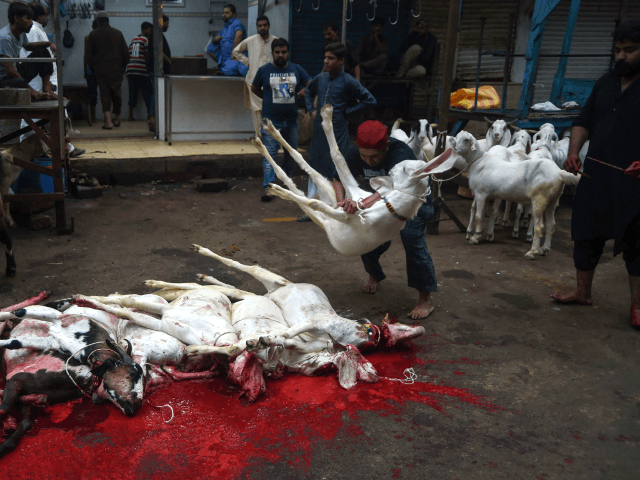 A Pakistani Muslim body slams a goat as he prepares to slaughter it after Eid al-Adha prayers in Karachi on August 22, 2018. (ASIF HASSAN/AFP/Getty Images) 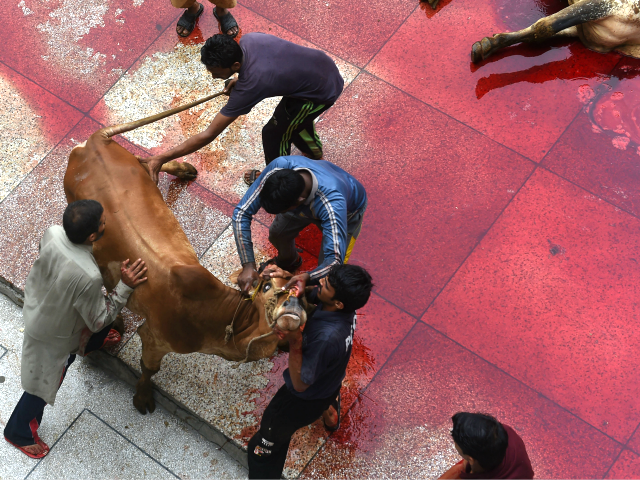 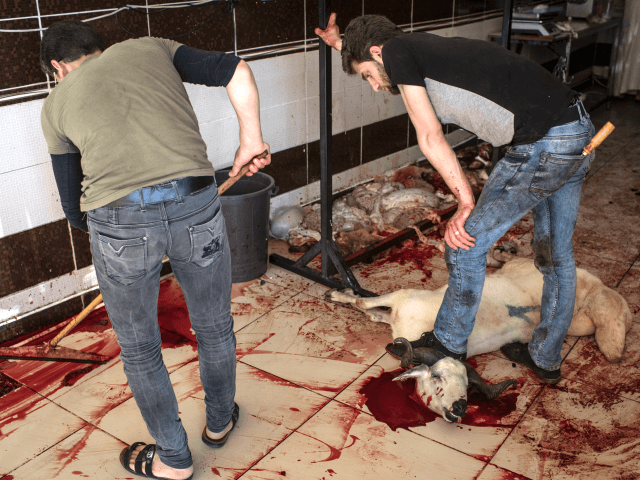 A butcher stands on the head of a sacrificial sheep after it was slaughtered during Eid-al-Adha celebrations on September 01, 2017 in Kilis, Turkey. (Chris McGrath/Getty Images) 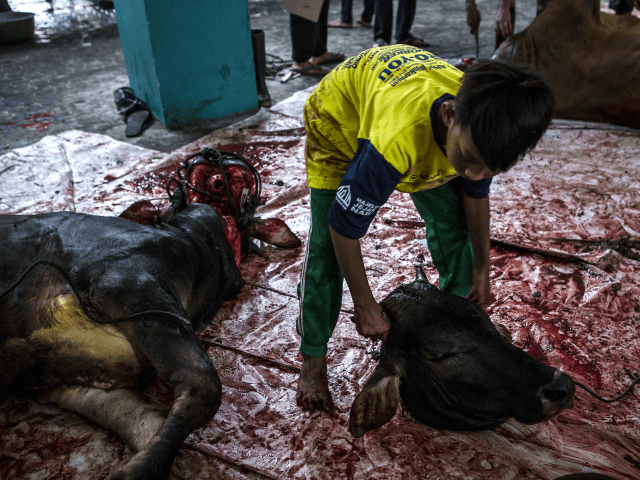 An Indonesian Muslim child carries the head of a cow after it was slaughtered during celebrations for Eid al-Adha at Jogokaryan mosque on September 12, 2016, in Yogyakarta, Indonesia. (Ulet Ifansasti/Getty Images)