“The security of the European Union depends on Salvini’s success and we urge him not to flinch,” Mr. Orbán said, referring to Salvini’s staunch opposition to illegal immigration.

Orbán also promised “all our help” in defending Italy’s borders.

“We are close to a historic turning point for the future of Europe: today a journey of meetings begins, there will be many others,” Mr. Salvini said after the encounter. The goal is to achieve “a different Europe,” he said, which “puts the right to work, health, and security in the center.”

Prior to the meeting, Orban told journalists he is a “great admirer” of Mr. Salvini.

“He is my hero,” he said, as well as calling him “a companion of my destiny.”

Earlier Tuesday, Salvini singled out both Hungary’s impressive economic reform and its effective immigration policies under the Orbán government as a model for Italy and Europe. 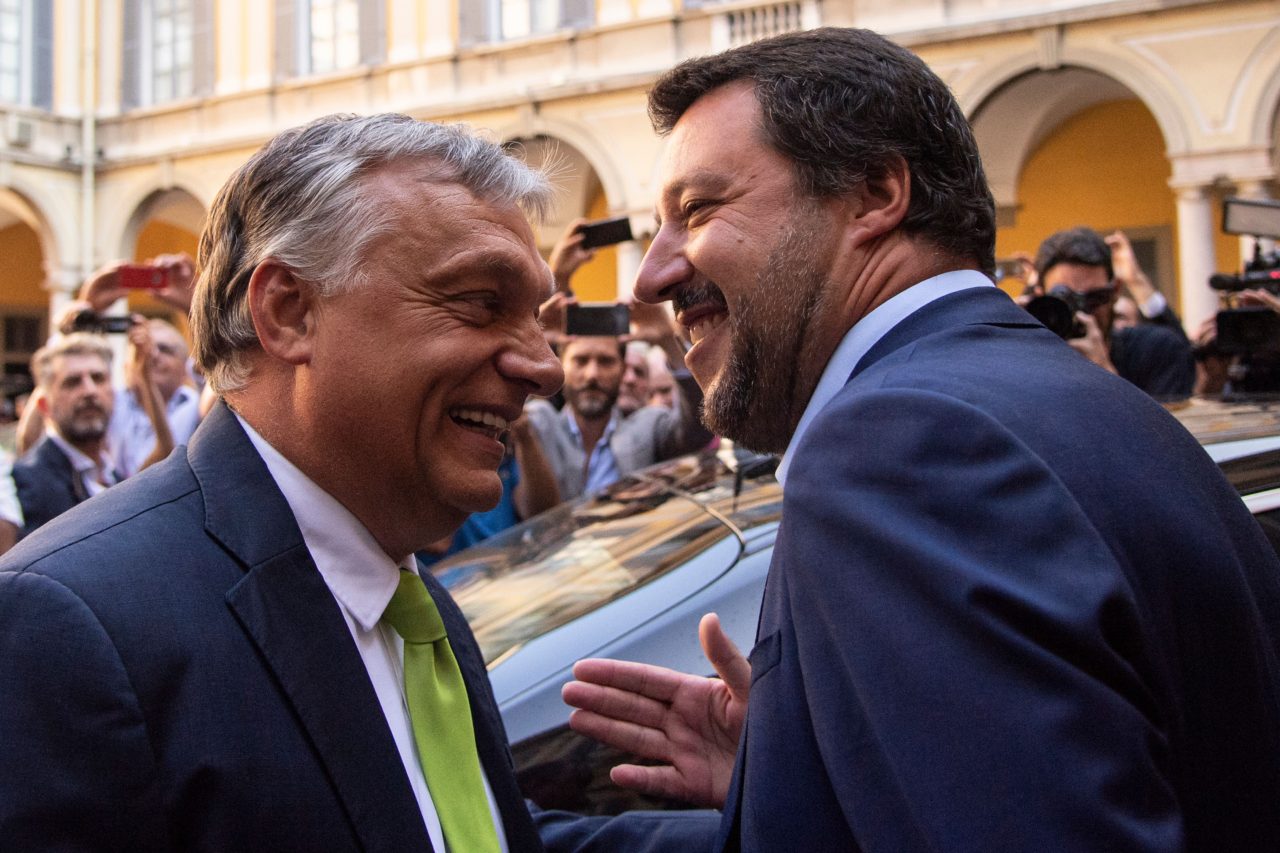 “At this point the left exists only to insult me and defend a banker-led EU and boundless immigration,” Salvini tweeted Tuesday before meeting with Mr. Orbán in Milan.

“In Hungary, unemployment is under 5 percent, the flat tax for business is at 9 percent and at 15 percent for individuals, immigration is under control, and the economy has been growing at 4 percent,” he added.

Italy’s populist government has met with resistance from the European Union (EU) over its proposed flat tax, a pillar of its governing platform, because it would require expanding Italian debt before tax revenues could increase.

The flat tax is designed to streamline the nation’s byzantine tax laws and create a more attractive business environment within Italy.

Brussels has reportedly been anxious about Tuesday’s meeting between Salvini and Orbán, and particularly the prospect of a stable partnership among European nationalists that could play a key role in next year’s European election.

“It doesn’t matter what they actually say,” declared Mario Borghezio, an MEP from Salvini’s League party. “At this moment the meeting between these two forces is an historic opportunity to lay the ground for something new that Europe’s public is waiting for.”