Investigators in Paris have arrested a woman in connection with a fatal apartment fire that led to the deaths of ten people on early Tuesday morning, saying she has a history of psychiatric illness.

The fire occurred at around one o’clock in the morning at an apartment building on the Rue Erlanger and as the fire began 40-year-old Essia B. was found setting a garbage bin on fire and making attempts to set a vehicle on fire as well, Le Parisien reports.

The 40-year-old was found to be intoxicated when police arrived on the scene and told them that she had set the fires because of a conflict with one of her neighbours. 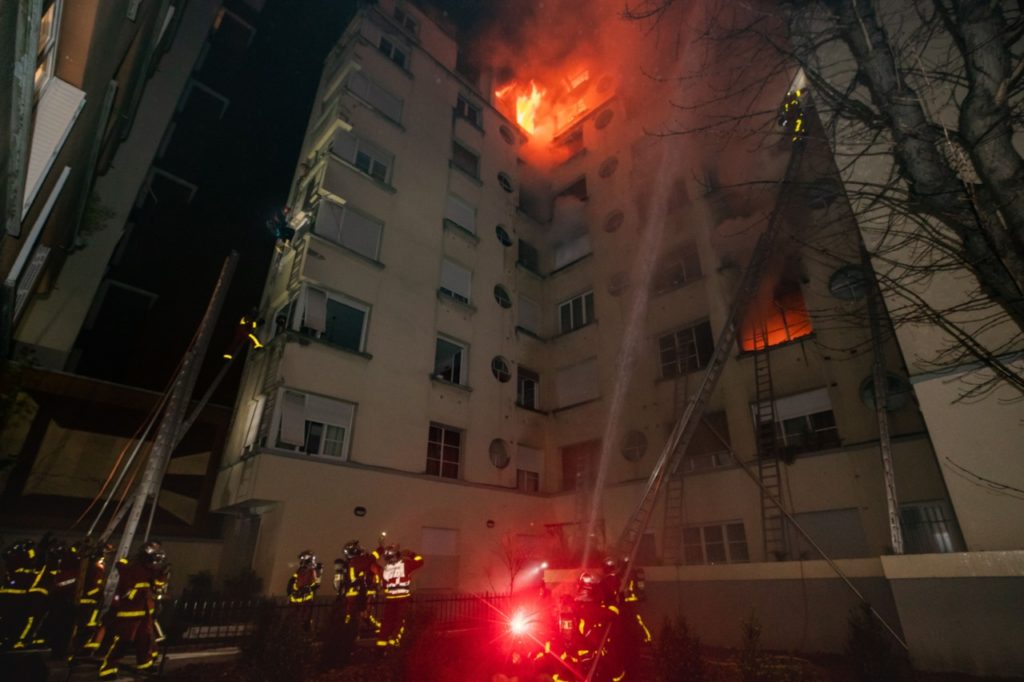 The apartment fire started on the second floor of the building and spread quickly with firefighters taking around five hours to get the blaze under control.

Along with the ten confirmed fatalities, 30 others were injured as a result of the fire including six firefighters. Around 50 people in total were evacuated from the building, with many taking refuge on the roof of the building to escape the flames.

After Essia B. was taken into custody, police revealed her long history of mental illness which included a five-year-long hospitalisation.

Paris left-wing mayor Anne Hidalgo reacted to the tragedy on Twitter saying, “Paris is in mourning this morning,” and promising a minute of silence for the victims during the opening of the Paris council meeting on Tuesday.

The fire comes nearly a year after another apartment fire which followed the murder Jewish Holocaust survivor Mireille K. who was first stabbed to death by a Muslim neighbour and then set on fire in what was described as an anti-semitic attack.

The case also echoes the Grenfell tower tragedy in which 72 people died, though the cause of the fire was thought to have originated from a malfunctioning fridge-freezer rather than deliberate arson.