BBC flagship political show Panorama’s John Sweeney has allegedly been caught referring to working-class men as being like “cannibals from Amazonia” in an undercover video released by Tommy Robinson.

The footage was posted to Robinson’s social media accounts on both Facebook and Instagram over the weekend and shows the former English Defence League leader confronting Sweeney over his comments.

Sweeney seems to describe meeting a working-class white man named Danny in a BBC green room saying, “it was unusual to meet a white working class male in the Newsnight green room.”

“It was so unusual that me and one of my mates went down there to have a drink with him in the way that you would do with somebody, from the, you know a cannibal from the Amazonian, erm, from Amazonia or maybe a creature from outer space,” he allegedly said.

Robinson has also released several live streams on Facebook claiming to have far more undercover footage of both Sweeney and of the far-left activist organisation HOPE not Hate who are claimed to have sat in on interviews filmed for the Panorama documentary on Robinson apparently labelled with the working title “Tommy Takedown.”

Robinson has also said that the full footage will be compiled into a documentary that will be shown in Manchester on February 23rd outside of the BBC’s offices in the city. He has also revealed that he will post further footage from the documentary every 72 hours, starting on Tuesday evening.

So far, neither Sweeney, the BBC, nor HOPE Not Hate have addressed Robinson’s released footage or claims of further revelations, although HOPE not HATE senior researcher Joe Mulhall briefly locked his Twitter account following the release of the footage. 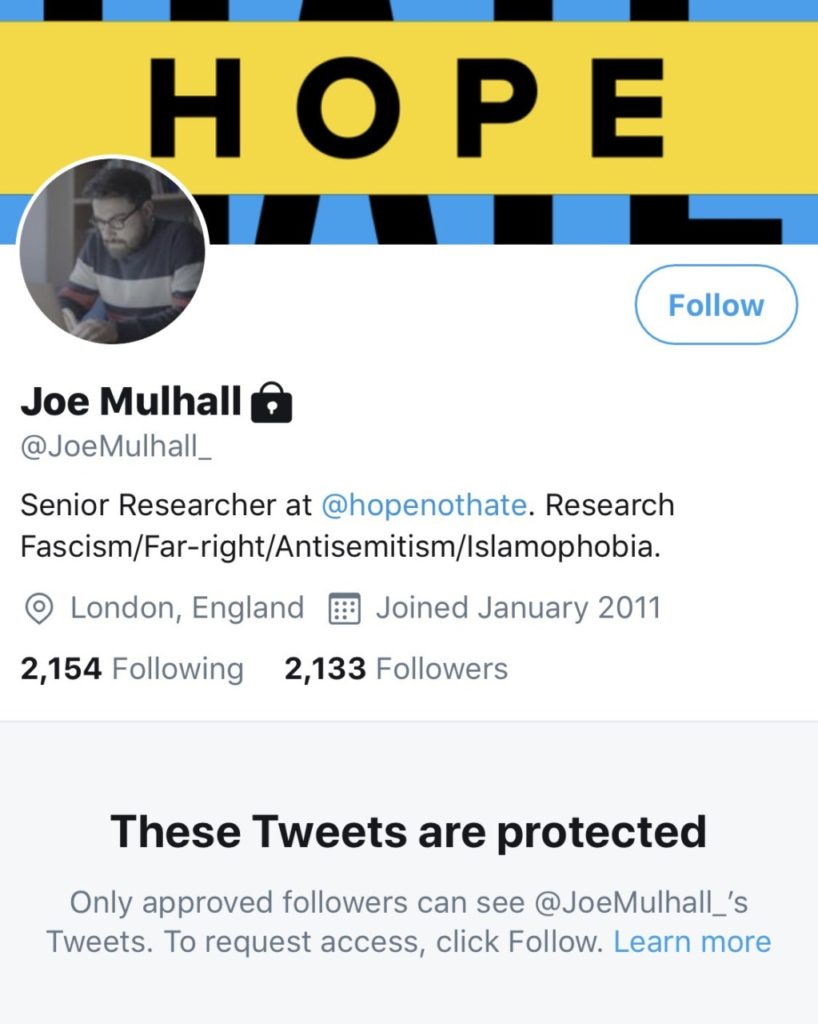 Far-left HOPE not Hate (HnH), who have been funded by left-wing billionaire George Soros in the past, have previously been accused of using underhanded tactics by their former communications director Dan Hodges who said the during the group’s campaign against the British National Party (BNP), “It was no-holds-barred, bare knuckle, PR. We used every dirty, underhand, low down, unscrupulous trick in the book.”

The group has also been criticised by mainstream publications like the Economist who revealed that HnH had exaggerated “hate speech” comments on social media by as much as 3,000 per cent following the murder of Labour MP Jo Cox in 2016.

More recently, in 2018, the organisation was listed in a Swedish Defence Research Agency (FOI) report on far-left extremist violence alongside the Swedish far-left activist group the Expo Foundation.