A migrant camp on the Greek Island of Samos has been set ablaze after a knife fight which left three injured erupted between Syrian and Afghans over food.

Greece is currently grappling with the largest influx of migrants from Turkey since the crisis of 2015, when over a million people poured into Europe, many through Greece.

Over 6,000 asylum seekers currently reside in the camp that was only designed to hold 650. Every day more people arrive from neighbouring Turkey, overwhelming the settlement, leading migrants to set up camps in the surrounding forests.

The camp is home to over 1,500 children, at least 300 of whom are left unaccompanied by their parents. 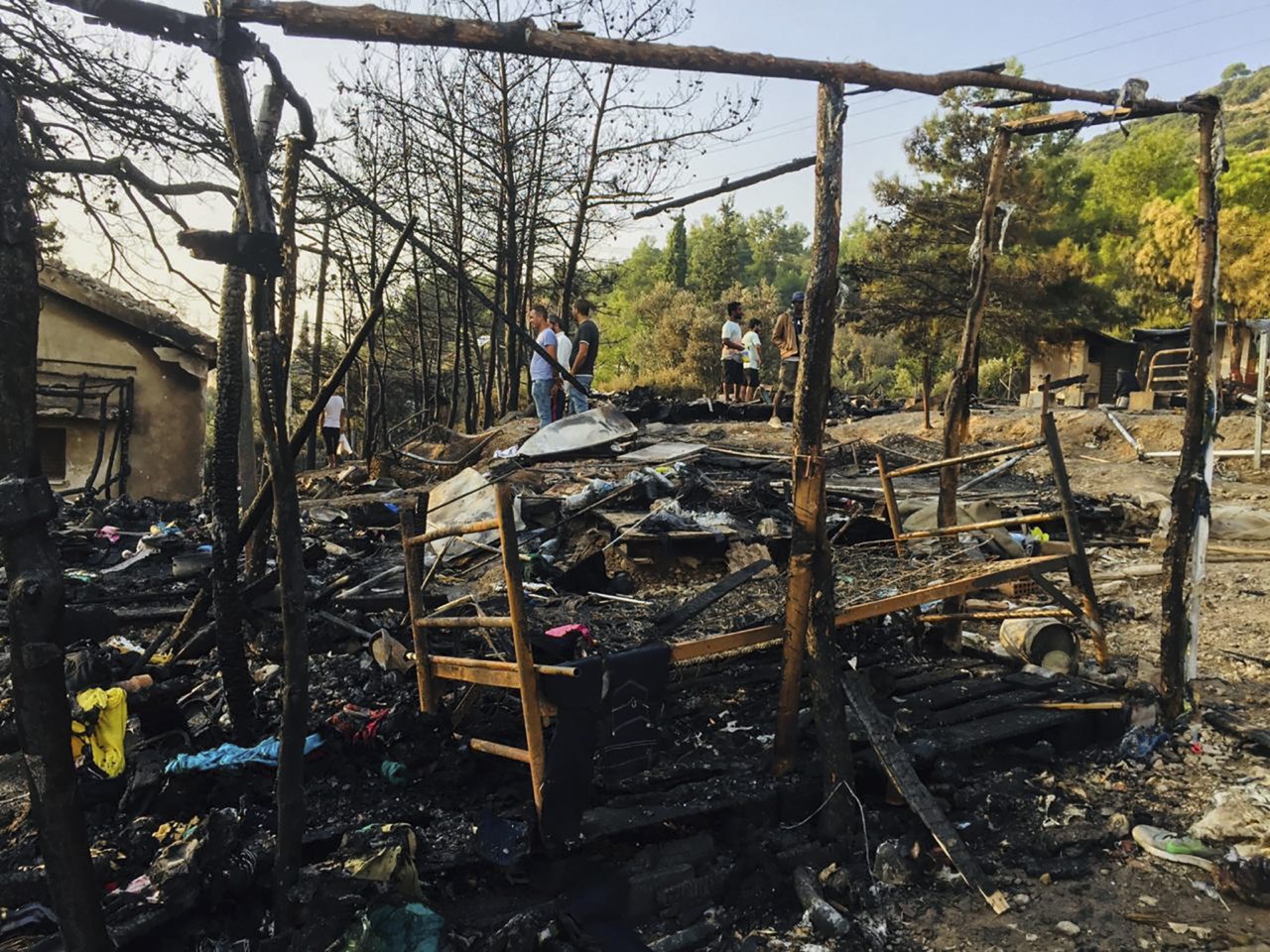 Migrants search through debris at the Samos island hotspot, on October 15, 2019, after a fire broke there last night following clashes between the migrants. – At least three people were hurt in a clash between asylum-seekers in crammed Greek migrant camp that was later partly destroyed in a fire, officials said on October 15, 2019. (Photo by – / AFP) (Photo by -/AFP via Getty Images)

Half of the 6,000 people who are stuck in #Vathy camp on #Samos are women and children. This nightmare must end! Children and other vulnerable people must be evacuated from the Greek islands to safe accommodation. pic.twitter.com/uxlL6Fm5As

Resources are running scarce, and fights over food and other essentials occur frequently. One migrant told the Italian Newspaper Il Giornale: “This is not the Europe I imagined. Here we live like animals.”

Nicolò Govoni, the president of the Italian-Greek non-profit organisation Still I Rise, said: “Tonight Samos has turned into the hell we have always feared. It is happening in these minutes. Despite the endless appeals, the authorities have never done anything, and in the end, it happened. It is the most complete chaos.”

The fire in Samos comes less than one month after migrants set fire to the Moria camp on the neighbouring island of Lesbos. A woman and child from Afghanistan died in the blaze.

In reaction to the fire at the camp in Lesbos, Greece promised to return 10,000 migrants who failed to meet asylum standards back to Turkey. In the prior four and a half years, Turkey has accepted fewer than 2,000 people back.

Breitbart London reported that there are around 22,700 migrants, mostly from Afghanistan, currently living on various Greek islands in the Aegean Sea.

Leader of Greek Island Community Warns Residents Angry Over Migration May Take Law ‘Into Their Own Hands’ https://t.co/uYuqB3k0ms