Sir Winston Churchill’s former home — Chartwell in Kent — has been put on a Black-Lives-Matter-style list of shame by Britain’s leading heritage body, the National Trust.

Chartwell is one of a number of historic properties which, according to the National Trust, has links to the ‘sometimes uncomfortable role that Britain, and Britons, have played in global history.’

It was from Chartwell that Winston Churchill viewed the ‘sunlit uplands’ of the South Downs, memorably evoked in perhaps his greatest, most inspirational and influential speech as Britain’s wartime leader — ‘This was their finest hour.’

But Churchill’s role in helping save the world from Nazi and Imperial Japanese tyranny seems to cut little ice with the increasingly woke National Trust. 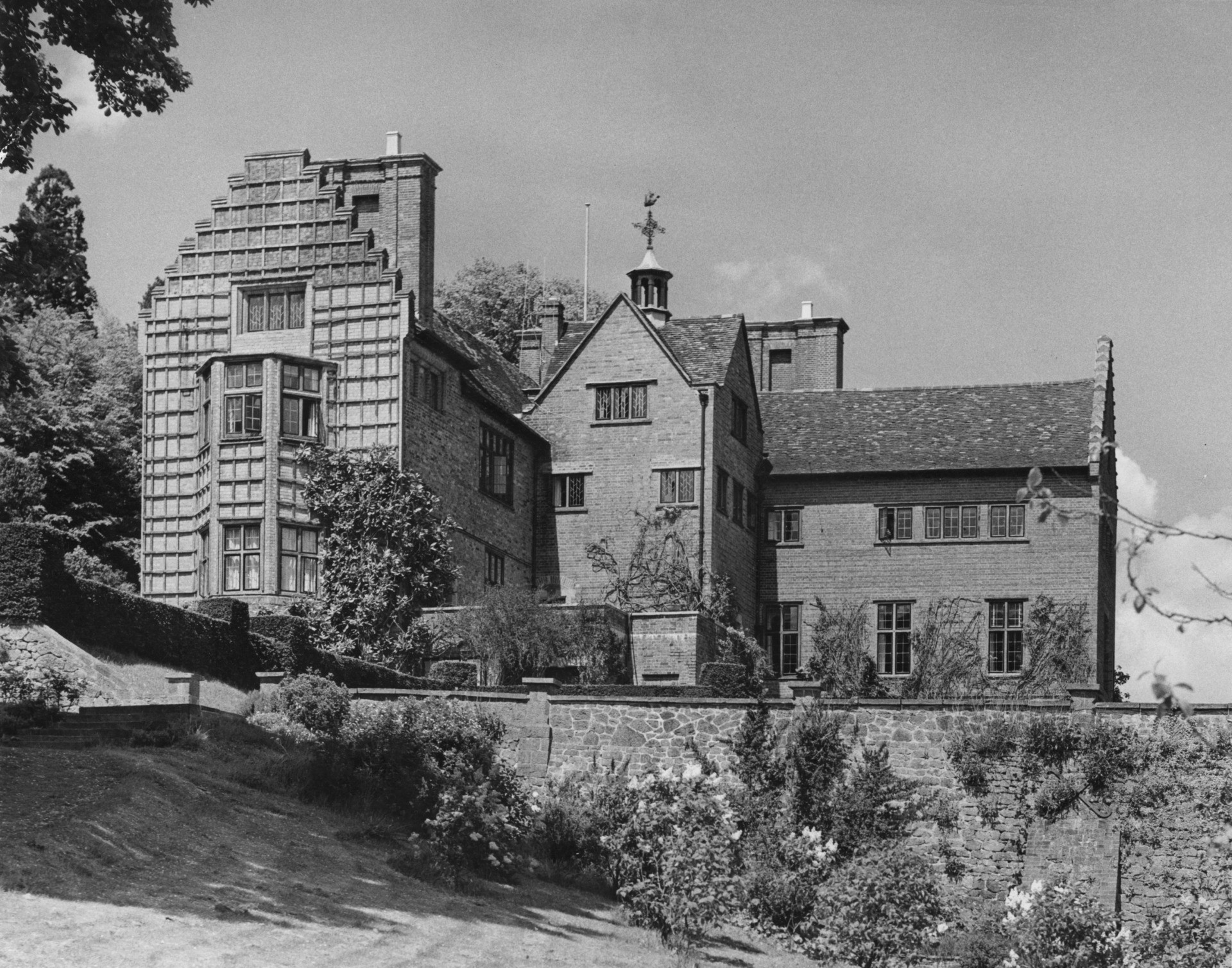 Chartwell near Westerham in Kent, previously the home of British Prime Minister Winston Churchill and now a National Trust property, June 1966. Churchill’s widow, Lady Spencer-Churchill, is opening the house to the public for the first time on June 22nd,. (Photo by Ted West/Central Press/Hulton Archive/Getty Images)

As far as the Trust is concerned, what matters more is that Churchill was sorta, kinda tainted by his vague association with a category it calls ‘colonialism and historic slavery.’

The list of shame was compiled as part of an ‘audit’ commissioned last year by the Trust as part of the wave of fashionable, politically correct revisionism which has afflicted numerous institutions from Oxbridge colleges (‘decolonising the curriculum’, Rhodes Must Fall, etc) to the Church of England; and which has achieved its apotheosis in the Black Lives Matter protests.

Churchill’s former home is one of 93 historic English and Welsh houses which the National Trust has placed on the ‘colonialism and historic slavery’ naughty step. Others include Bateman’s — home of author and Empire enthusiast Rudyard Kipling; and Powis Castle, which belonged to the son of Robert Clive (‘of India’).

Chartwell supposedly qualifies because, as an essay by one ‘Dr Rachel Conroy, Lead Curator, North Region, National Trust’ puts it, Churchill was ‘Prime Minister during the devastating Bengal Famine of 1943, the British response to which has been heavily criticised.’

Yes. Heavily criticised by woke pseudo-historians, Islamists and other activists with an anti-Imperialist, anti-British, anti-Churchill axe to grind. But not by anyone serious who knows anything about history.

As I wrote last time this issue was dredged up by the usual suspects:

This misreading of history involves an awful lot of cherry-picking. In fact, Churchill did his best to help the victims of what was initially a natural disaster (caused by a cyclone which destroyed the rice crop) exacerbated by local administrative incompetence, but there was a war on and it wasn’t easy: the Japanese occupied all the neighbouring countries which, hitherto, would have made up the shortfall; cargo shipping was in short supply and Japanese submarines made its journeys more perilous and uncertain.

It’s a measure of just how far the once respected and scholarly institution of the National Trust has fallen that the best its house historians can do is rehash half-baked leftist talking points and woke propaganda.

Which is one of the reasons, of course, that its natural audience is deserting it in droves.

Founded in 1895, the National Trust was established to ‘promote the permanent preservation for the benefit of the Nation of lands and tenements (including buildings) of beauty or historic interest’.

In the years since it has become one of Britain’s biggest private landowners — 612,000+ acres — plus the guardian of many the country’s most magnificent or historically distinguished stately homes. It sits on £1.3 billion in financial reserves.

A lot of this wealth, arguably, is the consequence of socialist expropriation by governments after the war. Landowners were hit by massive taxes — ‘death duties’ of up to 85% — that they couldn’t afford and so handed over their family seats to the nation in lieu. The government, having no use for these massive houses handed them in turn to the National Trust.

Despite this, the National Trust has hitherto been an institution well-loved by the British people. But in recent years it has fallen prey to Robert Conquest’s Second Law of Politics:

“Any organisation not explicitly right-wing sooner or later becomes left-wing”.

Experts who care about architecture and history have been sidelined, replaced by Year Zero zealots who want to rebuild the National Trust anew and appeal to an audience which isn’t largely white, educated and middle class.

As the Mail reported:

The secret 17-page memo, described on its front page as ‘a ten-year vision’, makes chilling reading for those of the Trust’s nearly six million members who cherish its traditional role of preserving great homes and their contents.

The memo attacks the Trust’s ‘outdated mansion experience … serving a loyal but dwindling audience’ and proposes an ‘urgent’ review of the opening hours of properties, along with a policy of putting art and antiques collections into storage so rooms can be used to develop ‘new sources of experience-based income’.

The document goes on, loftily: ‘We have to move away from the assumption that all houses are presented as “country house former homes”. We’ll still have some of these … many, however, will be repurposed.’

Continuing its obsession with political correctness — which once led the great aesthete Sir Roy Strong to dub the Trust’s leadership ‘the Blair government in exile’, obsessed with ‘ticking the boxes of the disabled, the aged, LGBT and ethnic communities’ — it also suggests that Trust properties will be vetted for links to the slave trade.

The National Trust is now claiming that because of the Chinese coronavirus pandemic it needs to shed 1,200 employees to plug a £200 million hole in its finances.

But even without Coronavirus, the National Trust was on a downward trajectory. Like so many institutions it has been colonised by parasitical wokeistas who care nothing for its heritage and traditions – and who actively despise the core audience of educated, white, middle-class families who have been financing it all these years.

It does not deserve to own either that land or that huge portfolio of properties. The failing institution should be scrapped and the houses and land should be sold off to people — or perhaps a new, depoliticised institution — willing and better capable of looking after them.