ROME — Officials in Rome and the surrounding Lazio region have imposed a new anti-COVID regulation, requiring the wearing of masks outdoors even when walking alone.

Friday’s decree follows on a period of massive coronavirus testing in the country (118,236 tests performed Thursday) and a rising numbers of positive results (2,548 Thursday), even though some 90 percent of those found positive are healthy and asymptomatic.

There are currently fewer than 300 patients in intensive care units in the entire country, with the majority held under house quarantine. The number of coronavirus deaths has also remained relatively stable, averaging 16 per day over the past three weeks. 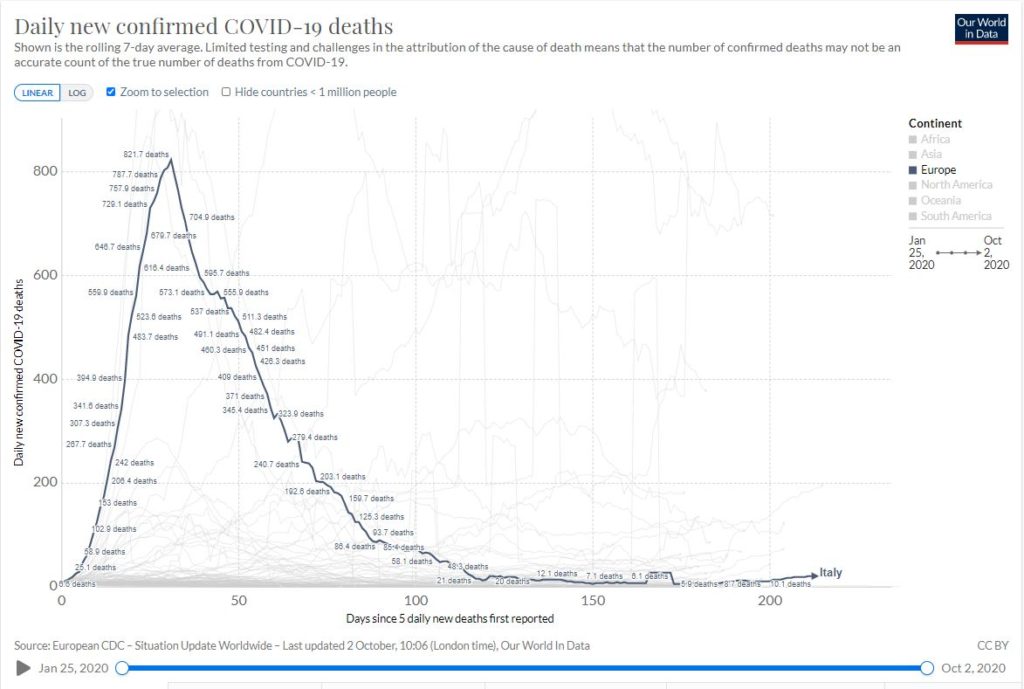 The few deaths that do occur have been overwhelmingly among the elderly population and Italy has yet to see a single teenage death from coronavirus.

Italian Prime Minister Giuseppe Conte also announced Thursday that he plans to extend the country’s state of health emergency another three months, until January 31, 2021. This would bring the state of emergency to a full year, since it was first decreed on January 31, 2020.

An extension of the state of emergency would allow the government authority to act independently of Parliament on various aspects of public life, primarily by emitting decrees that are binding on citizens.

The extraordinary powers associated with the state of emergency also allow government to temporarily derogate from some human rights protections, for example to restrict freedom of movement as occurs during lockdowns.